Garland is backed by panel in Senate 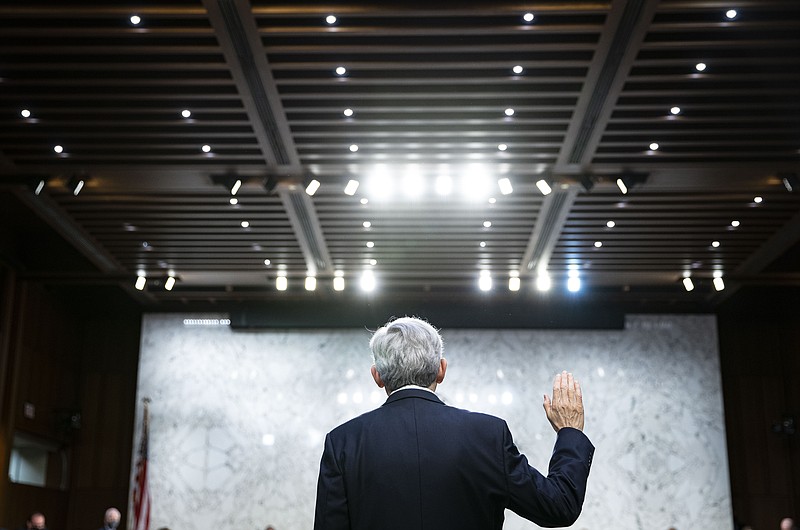 Judge Merrick Garland, nominee to be Attorney General, is sworn in at his confirmation hearing before the Senate Judiciary Committee, Monday, Feb. 22, 2021 on Capitol Hill in Washington. (Al Drago/Pool via AP)

The committee voted 15-7 in favor of Garland's nomination at a meeting on Monday afternoon.

Garland, a federal appeals court judge who was snubbed by Republicans for a seat on the Supreme Court in 2016, is among Biden's most widely supported nominees. The committee's vote puts him on track for a quick confirmation, potentially within days.

The committee's chairman, Sen. Richard Durbin, D-Ill., praised Garland as a highly qualified and honorable jurist who is uniquely qualified to lead the Justice Department after a tumultuous four years under former President Donald Trump.

The committee's top Republican, Sen. Charles Grassley of Iowa, said he also intends to support Garland's nomination. He said he's "an honorable man" but that he "has his work cut out for him."

[Video not showing up above? Click here to watch » https://www.youtube.com/watch?v=NMrxtrRruuE]

Sen. Tom Cotton, R-Ark., who was selected to serve on the Senate Judiciary Committee earlier this year, voted against Garland's confirmation.

While Cotton didn't explain his vote during the morning meeting, he tweeted Monday evening: "Judge Garland is refusing to answer some basic questions about how he would do the job of attorney general."

The chain of tweets included written questions Cotton had submitted to Garland on the death penalty, illegal immigration, racial "equity" and gun sales. In response, Garland repeatedly said he was unfamiliar with the issue or the specific details of a case or had not studied the relevant law in detail.

At his confirmation hearing last week, Garland vowed to prioritize combating extremist violence with an initial focus on the insurrection at the U.S. Capitol and sought to assure lawmakers that the Justice Department would remain politically independent on his watch.

Garland would confront immediate challenges if confirmed, including an ongoing criminal tax investigation into Biden's son, Hunter, as well as calls from many Democrats to pursue inquiries into Trump.

Information for this article was contributed by Frank E. Lockwood of the Arkansas Democrat-Gazette. 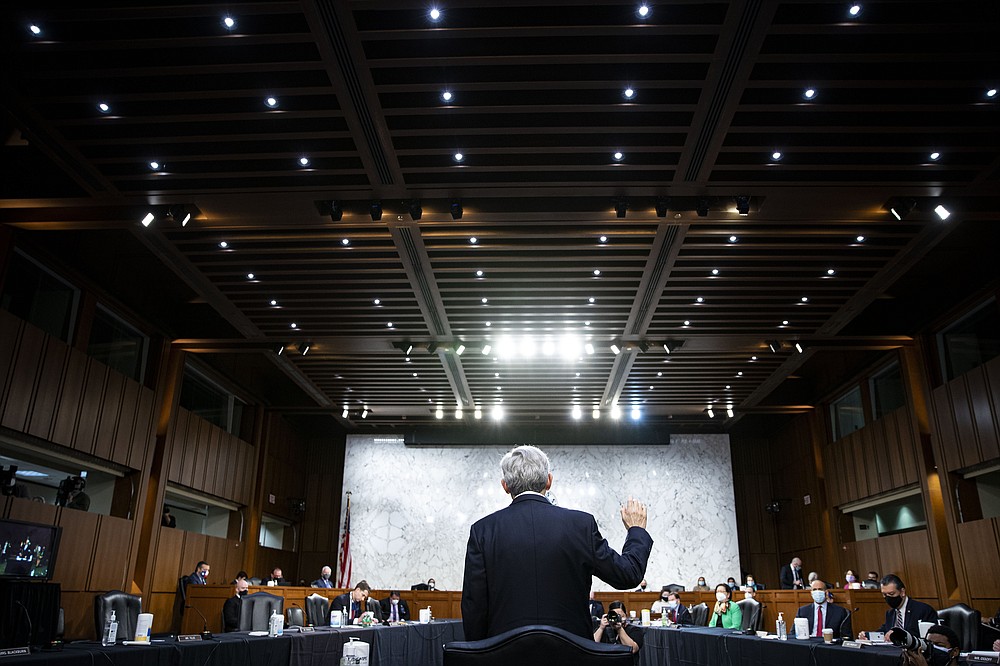 Judge Merrick Garland, nominee to be Attorney General, is sworn in at his confirmation hearing before the Senate Judiciary Committee, Monday, Feb. 22, 2021 on Capitol Hill in Washington. (Al Drago/Pool via AP) 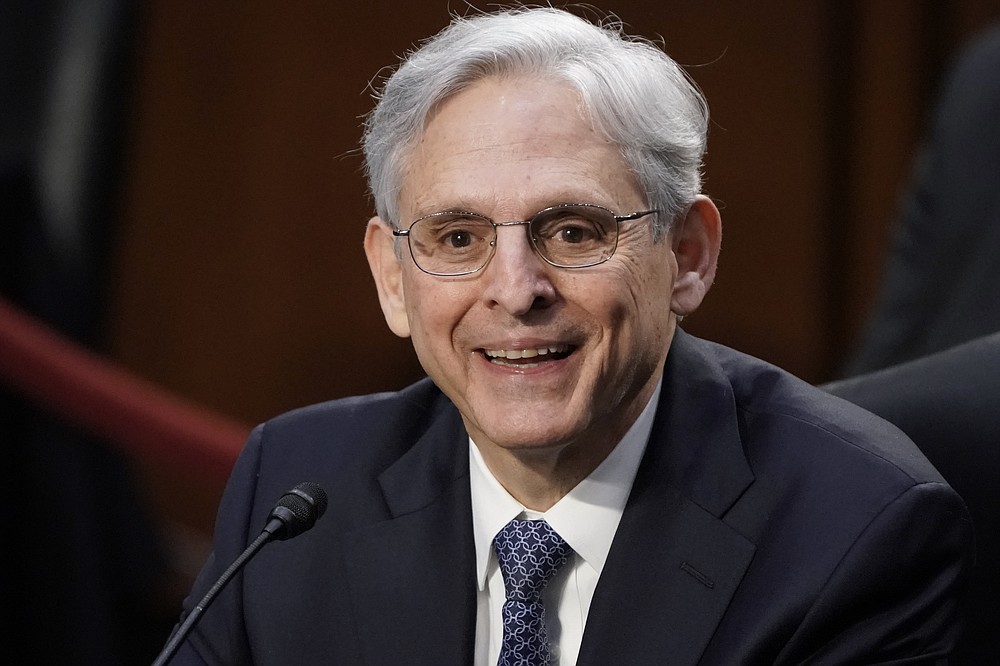