Fayetteville set to spruce up downtown 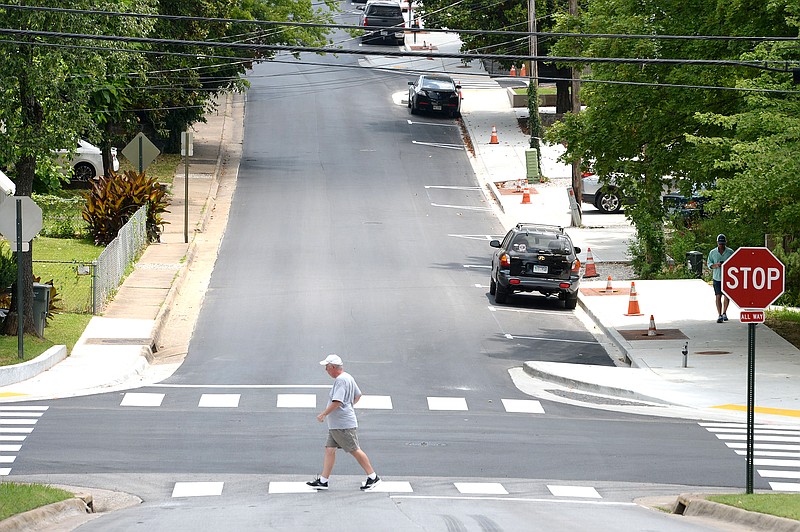 People walk Thursday near a new section of sidewalk along Church Avenue in Fayetteville. The city is in the middle of a $3 million project using bond money that voters approved in April 2019 to install new streetlights and sidewalks in the city’s downtown. (NWA Democrat-Gazette/Andy Shupe)

FAYETTEVILLE -- Walking around downtown will become a safer and more pleasant experience within the next couple of years, city leaders say.

The city is in the middle of a $3 million project to replace and build sidewalks, install streetlights, reconfigure curbs and wheelchair-accessible ramps and make crosswalks more visible at various locations downtown. The money is from a $73.9 million transportation bond issue voters approved in April 2019.

The project focuses on three areas of downtown.

The first is Spring Street from West to College avenues, Church Avenue from Spring to Mountain streets, Meadow Street from Block to East avenues and the downtown square.

The second piece covers Prairie Street from Government to School avenues and West Avenue from Prairie to South streets.

"The goal was to connect the downtown entertainment district from a pedestrian standpoint," Public Works Director Chris Brown said. "Right now, we've got some dark areas between the downtown square and Dickson."

Wider sidewalks have been installed on mostly the west side of Church Avenue by narrowing the street, and some on the east side with ramps for wheelchairs. Southwestern Electric Power Co. crews are moving poles as utility companies such as Cox and AT&T bury their lines underground.

New street lights on Spring Street will come on this fall. New sidewalks are installed on both sides of Meadow Street, connecting to a sidewalk the city installed a few years ago on the north side leading to East Avenue.

The downtown square also will get new lights. That piece has an estimated $199,000 budget, with about $122,500 coming from the $3 million for the overall project and about $76,500 coming from the parks department budget for capital improvements, Brown said. The square is considered a city park, although Cheers at the Old Post Office owns the building at the center of the square.

The City Council's Transportation Committee will review conceptual designs of the square lights during its meeting Tuesday. The city hopes to install the new square lights early next year after the holidays, Brown said.

Curtis Arnold, owner of Cheers, said he's glad to see the new square lighting come to fruition. The city approached the business about the lights, and he's given input on the type of fixtures, he said.

People tend to congregate on the square, especially after coming into the restaurant, Arnold said. It can get pretty dark outside and, with the lights, people should be able to more easily see the benches and gardens. Plus, businesses such as his that participate in the Outdoor Refreshment Area program, in which people can walk around outside with an alcoholic beverage in hand, should clearly benefit, he said.

"We're thankful the city's doing it and looking forward to adding a little more ambiance and character to our already amazing downtown," Arnold said.

The intersection at West Avenue and Prairie Street is in the design phase. Preliminary plans show new sidewalks on both sides of Prairie Street and a new sidewalk on the west side of West Avenue, with new lights and greenspace throughout. The West Avenue work will pick up where the city's cultural arts corridor project work will end. The $31.6 million bond issue to build the arts corridor includes work on West Avenue from Dickson to South streets. The downtown walkability project will build a sidewalk from South to Prairie streets.

The new features will help people walk more easily from the area to different parts of downtown, he said. Construction should wrap by fall 2022.

Sprucing up Dickson Street will be a project for next year, Brown said. The discussion started a few years ago with the city wanting to put a new overlay on the street. The Dickson Street Merchants Association provided a list of improvements it would like to see, including more visible crosswalks, better sidewalks in certain spots and more lighting.

"We're looking at just kind of revamping or sprucing everything up and fixing some things that need some maintenance," Brown said.

Preliminary designs are in progress.

The project faces some logistical challenges as the city prepares for construction at the Dickson Street and West Avenue intersection. The parking lot west of the Walton Arts Center will become a civic gathering space for the arts corridor, recently named The Ramble.

Construction of the parking deck should begin in late July or early August.

To see renderings of the proposed lights at the Fayetteville downtown square, visit: nwaonline.com/627lights/ 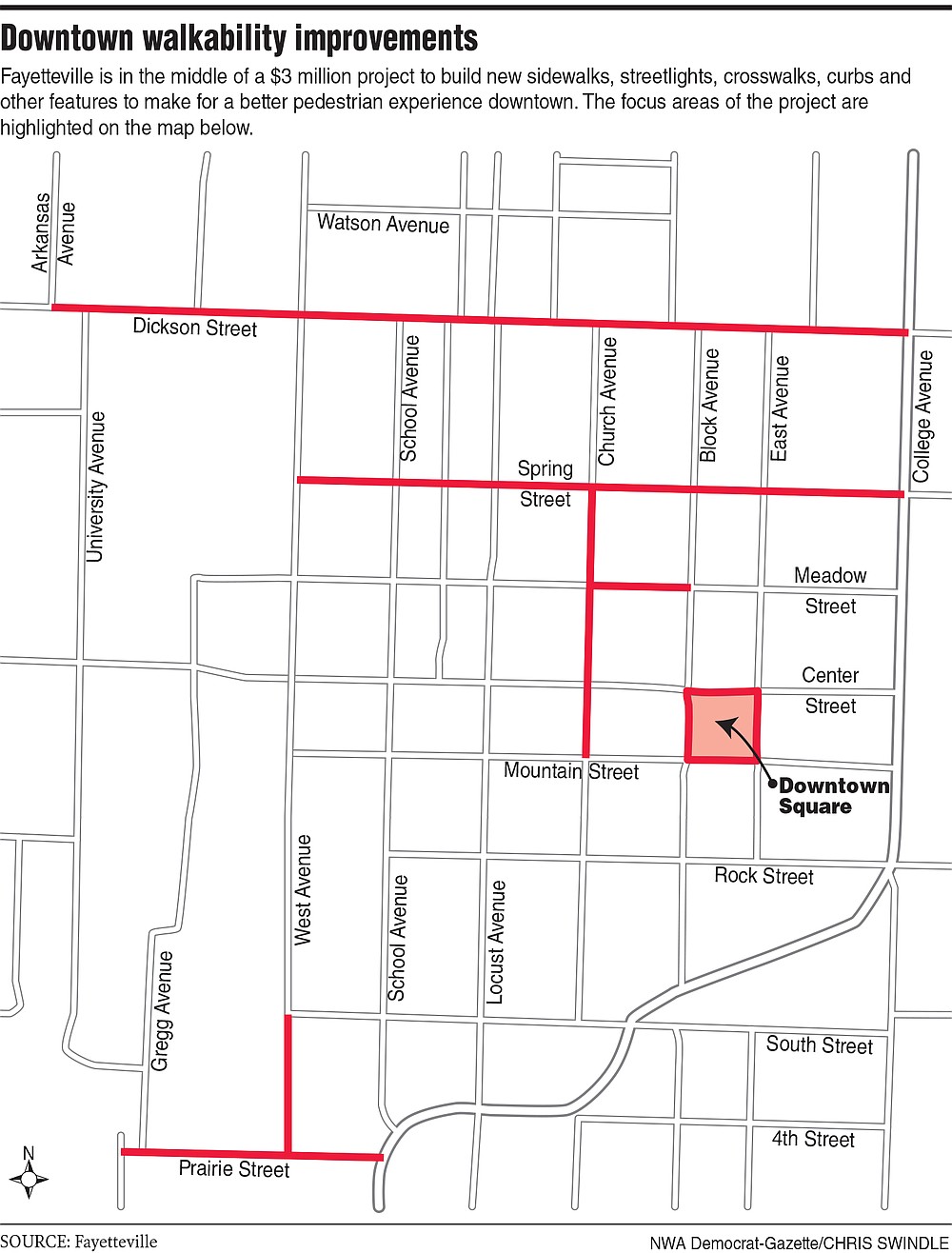