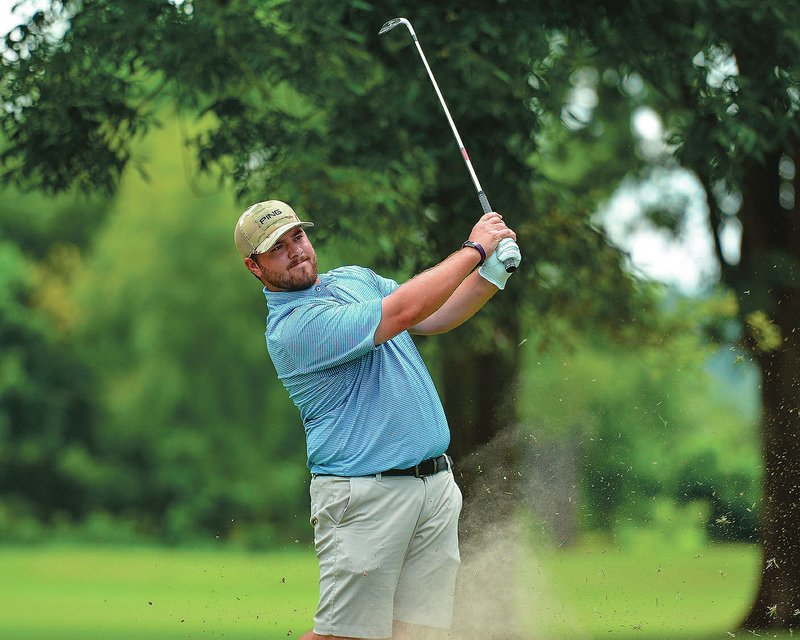 Tyler Reynolds only played the 18th hole once this week at the Arkansas State Golf Association's Match Play Championship. Because of his dominance, the former University of Arkansas at Little Rock standout also didn't have to play No. 17 in any of his five victories at Lost Springs Golf & Athletic Club in Rogers.

Reynolds, 27, capped the week Sunday with a 3-and-2 victory over Derek Smith to win his second ASGA title in two years. A Rogers resident playing on his home course, Reynolds previously won the 2019 state amateur championship at Paradise Valley Athletic Club in Fayetteville.

"It was definitely a good week for me," Reynolds said. "Derek is a great player, and I am just really fortunate to play well against him."

Reynolds, who had previously defeated Smith, 37, in 19 holes at the Lost Springs Match Play Championship, won three consecutive holes early in the back nine Sunday to gain some breathing room on his way to the title.

The 3-up advantage after 13 holes came after the pair halved only one hole -- the fifth -- on the front nine.

A caddie for PGA Tour professional Denny McCarthy, Smith said his play Sunday was similar to the rest of his week -- a series of ups and downs.

"It was an odd week, a grind, but I played through it," said Smith, who lives in Fayetteville and just regained his amateur status Tuesday. "Overall, it was a good week, a hard week."

The match began to swing Reynolds' way when he birdied the par-3 11th after Smith's first two shots on the hole found the water, leading to a double bogey. Reynolds followed taking the 11th to win Nos. 12 and 13 to grab his 3-up lead.

"I missed a couple of 5-footers on the front that would have made a big difference," said Smith, a graduate of Elk City, Okla. "Then on No. 11, it's a hard shot for me and I just missed it. It was hard all week for me and it cost me today."

Smith won the par-5 14th to cut into the deficit, but Reynolds came back with a birdie at the par-4 15th to take the match to dormie. Reynolds clinched the victory when the pair halved the 16th.

"It sounds simple, but out here on the par-5s, you have to hit it in the fairway which makes your second shot a lot easier," said Reynolds, who took the lead in the ASGA Player of the Year standings with the victory. "I felt like I hit the ball really well all week. I was real excited about the tournament when I heard the tournament was being played here and happy I could win it."