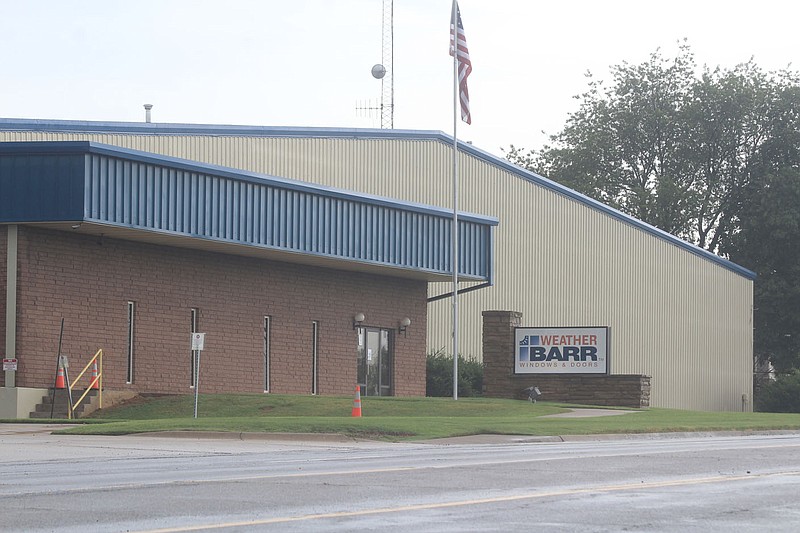 FORT SMITH -- A window and door manufacturer has announced a multimillion-dollar expansion in the city.

WeatherBarr Windows & Doors announced Tuesday that the manufacturer plans a three-stage $10 million expansion of its office and manufacturing space at 6500 S. Zero St. in Fort Smith. The expansion is expected to bring with it at least 100 jobs, according to a news release.

The expansion, which is in response to production demand exceeding capacity of its facility, is set to begin later this year, the release states.

"We kind of knew this was coming when we outlived our growth initiative seven or eight years ago, so we've finally outlived the space that we have," said Michael Barr, company president.

Barr mentioned demand in the housing market, which he said is "at the highest level it's been" since the recession of 2008, as a contributing factor for the expansion.

The expansion will add 18,000 square feet of outbound distribution space, 50,000 square feet for raw material storage and more space for production capacity. It will also add office space and a new breakroom, the release states.

Barr declined to discuss wages for the jobs to be created.

Barr said the labor market and location for the expansion was "really good" for what his company wants to accomplish. He also said Fort Smith has enabled WeatherBarr for success.

"We want to enrich the community in any way we can, and that's through some nice jobs that give people good careers and allow people to continue growing, fulfilling needs for our customers in our areas," he said.

Fort Smith's Board of Directors on July 6 approved annexing 6 acres into the city for the expansion. City directors spoke highly of the expansion before it was approved.

"This is exactly what our city needs: [It's] people that are here, continuing to stay here, root here, support our economy here, employ our people here, and their commitment is here," said At-Large Director Robyn Dawson.

At-Large Director Neal Martin said the expansion is part of good things that have happened in the city in 2021. Earlier in the year, Fort Smith was chosen for a Hytrol plant, which is a $20 million investment expected to create 250 jobs, and a Owens Corning manufacturing facility, which is a $107.25 million construction project.

Ebbing Air National Guard Base was also selected as the preferred location of an F-35 training center for Foreign Military Sales participants and the home of a Singaporean F-16 training unit. This decision is expected to have a nearly $1 billion economic impact on the region, said Mayor George McGill.

Barr called his company's expansion "a small part" of the economic momentum in the city.

"All these good things are happening in Fort Smith, and we're excited about it," he said.

Print Headline: Window company to add to its facility