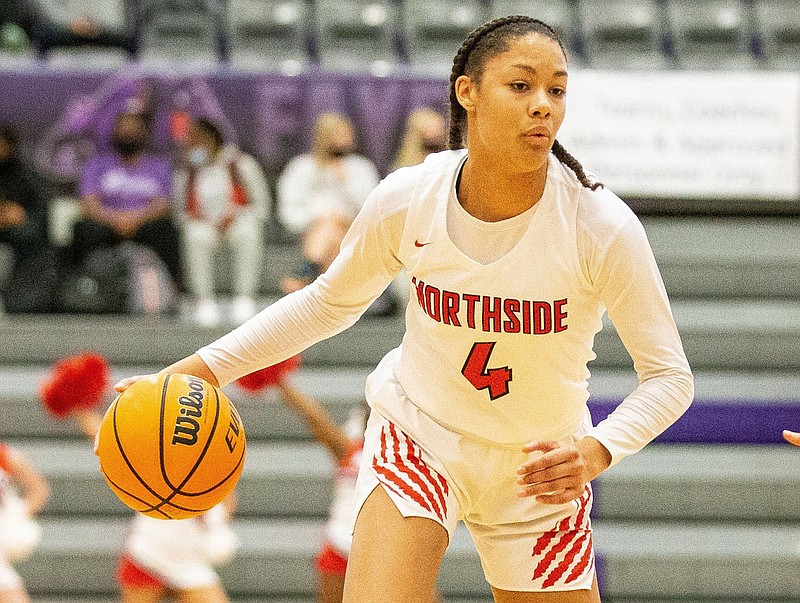 Jersey Wolfenbarger admitted she had to read the email multiple times before it sank in that she would be representing Team USA in the U19 World Cup.

The University of Arkansas freshman was headed to watch a play for a theater class with a few Razorback teammates when the message was delivered. She was checking her email for her ticket receipt for the production when she saw something from USA Basketball.

"I opened it up and it was like, 'Congratulation on making the team,' " said Wolfenbarger, a McDonald's All-American at Fort Smith Northside. "I was like, 'Wait a second. Is this real?'

"So I read it three times, and my teammates who were with me had to read it, too. They were like, 'Yes, you moron. You made the team, that's what this means.' "

Nine of the 12-person roster already had been selected, but Wolfenbarger was part of a group of five that was competing for the final three spots.

"So now it's going to be a monthlong opportunity to go prove myself and hopefully win gold for our country," she said.

She will leave today for training camp at Sidwell Friends School in Washington, D.C. The FIBA U19 World Cup is scheduled for Aug. 7-19 in Debrecen, Hungary, so Wolfenbarger will don the Team USA jersey before she puts on a Razorback uniform in the fall.

In addition to the U.S. and host Hungary, teams include Argentina, Australia, Brazil, Canada, China, Czech Republic, Egypt, France, Italy, Japan, Mali, Russia, South Korea and Spain. The USA is part of Group A along with Australia, Egypt and Italy for the preliminary round that runs August 7-10.

Despite growing to 6-5, Wolfenbarger has played on the perimeter her entire basketball career. But she will be asked to play in the post for Team USA.

"It was all a mindset switch for me because I've always been a guard," Wolfenbarger said. "With growing, everybody assumes that a tall girl plays back to the basket or down low.

"It's definitely uncomfortable because I've never been in a position where I've had to play predominantly post in my game."

She enjoyed a quickness advantage over other post players, Wolfenbarger said. She used that to her advantage in the tryouts, and she's excited to show off that added versatility.

"I wanted to make sure that I was able to kinda take that, use it as a lesson and run with that. Use this to add to my game versus just putting myself in a box as a guard. I want to be so versatile that I can play any position. This just kinda proves that I can."

Arkansas women's basketball Coach Mike Neighbors found out after the first round of tryouts that the guards were pretty much set on the team. Knowing that, he and the staff went to work to help Wolfenbarger hone specific skills she would need to be successful.

"They were looking at her as more of a post player," Neighbors said. "So we had 10 weeks of workout with our strength and conditioning coach to get her ready, and with Todd [Schaefer] and our staff to do specific things she's never worked on.

"The fact that she's not only made the team, but the circumstances under which she made it to me, but that's who she is. She's been an overcomer since she was born. She just continues to do that. It's about as high as you go as an amateur athlete."

Northside Coach Rickey Smith has watched Wolfenbarger, who helped lead the Lady Bears to a Class 6A state title this past season, grow literally and figuratively.

"When she arrived at Northside High School, she was 5-foot-8, weighed 98 pounds and now she came back last week and spoke to our little girl campers and she's 6-6 and 175 pounds. So she's a grown woman," Smith said. "I don't think she's there yet, but she's really close to catching up with that growth.

"She still has the same work ethic and mindset that the 5-foot-8, 5-9 kid did. She's the kind of player that changes the game with the way she plays and the way she's built. Jersey's always been on a different level mentally."

Both Neighbors and Smith pointed out a large percentage of the group she was competing against in the tryout already had a year of college basketball under its belt.

"You take a high school kid out of Fort Smith Northside before she ever plays a game for the Razorbacks, it's quite an accomplishment," Smith said.