Coronavirus cases mount in emirate after travel corridor with Britain opens by KATIE MCQUE THE WASHINGTON POST | January 31, 2021 at 2:04 a.m. 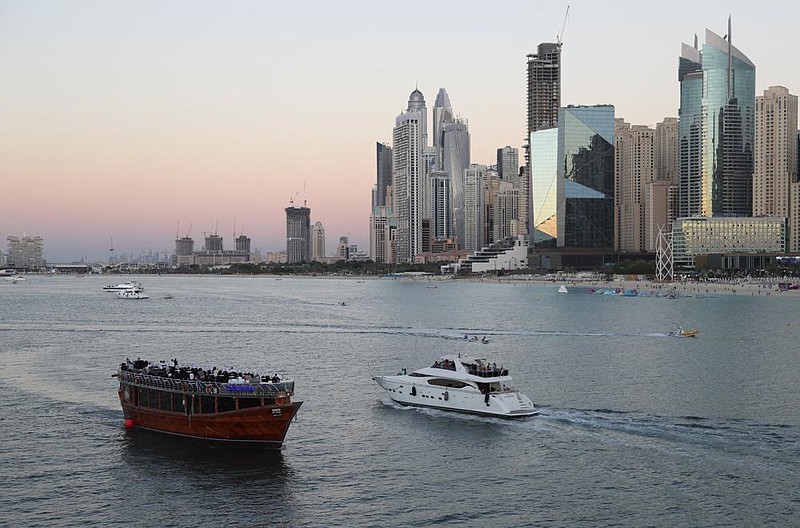 DUBAI, United Arab Emirates -- After a 12-hour shift in the Old Souk one day earlier this month, Yousaf Khan had not made a single sale at his shop where he sells colored glass lamps and other trinkets popular with tourists.

"There are no customers. There is just no business," said Khan, a 21-year-old from Afghanistan.

It was the same story in each of the dozens of shops that line the dark and empty corridors of the traditional Middle Eastern market.

Yet just one month earlier, it had been bustling.

Dubai, a glamorous tourism destination in the United Arab Emirates, had flung its doors back open last year after appearing to break the back of the coronavirus outbreak, with daily infections dropping to the hundreds.

In early November, Britain and the UAE established a "travel corridor" allowing travelers to board flights to Dubai without presenting a certificate confirming they had tested negative for coronavirus, and a previous 14-day self-quarantine requirement was waived. Eager for winter sunshine, tourists flocked to Dubai and hotels here were 71% full in December, back to pre-pandemic rates, according to research firm STR.

Now, Dubai is paying the price of opening for business at a time when countries elsewhere shut down borders and imposed stricter restrictions to contain the resurgent pandemic.

In recent weeks, daily coronavirus cases have tripled with diagnoses now exceeding 3,500 per day, among a population of about 9 million inhabitants.

Dubai has recently introduced a flurry of public health rules and regulations, including limits on social gatherings and live entertainment. Orders were given that all non-urgent surgical procedures be placed on hold to free up hospital beds. On a recent evening, it was announced that the director general of the Dubai Health Authority had been ousted.

And as infection rates surged, Britain removed the United Arab Emirates from the list of travel corridors earlier this month.

"There can be no conceivable reason why any country in the world at the moment would open its doors to people traveling from the U.K., where we know the virus has not been brought under control since the pandemic began," said Gabriel Scally, a professor in the epidemiology and public health section of the Royal Society of Medicine in London. "It's extraordinary and clearly must be driven by factors other than public health."

Meantime, the UAE has embarked on an aggressive vaccination campaign, setting itself a target of having 50% of its population vaccinated by the end of March. More than 1.8 million people have already received the Sinopharm vaccine, developed in China, which is available free-of-charge to all citizens and residents, and the UAE now ranks near the very top of the list of countries for per capita inoculation.

But this may not be enough.

"It's going to be a rough road, and it's really dangerous to take your foot off the pedal in the meantime. It's easy to reach a vaccination rate to 60% or 70%. Getting it to 80% or 90% or higher is a really difficult task," said Scally.

"The places that you tend not to get it high are the places you need it most, such as deprived communities with high proportions of poor housing. ... Those are the places where the virus will thrive," he said.

The desert city of Dubai is famous for its skyline of futuristic glass high-rise towers and a never-ending selection of luxury hotels, high-end bars and sparkled-ceiling shopping malls.

But in April, as infections spiked, the economy was brought to its knees. The emirate was placed under a complete lockdown for three weeks, and residents had to apply for government permits to even leave their homes to buy groceries. Afterward, strict rules were enforced, including an 8 p.m. curfew, and masks were mandatory in public spaces.

"In Q2, Dubai's economy experienced an 18% contraction. It was hit very hard, particularly by international travel restrictions. The tourism sector was badly hit," said James Swanston, an economist at Capital Economics. By contrast, Dubai's neighboring emirate Abu Dhabi, which relies much more on its oil wealth, suffered less economic pain from its lockdown and chose to remain sealed off and locked down far longer.

But by summer, Dubai had reopened for business.

"We did extremely well because the influx of people. Business kicked back up in to gear," said Naim Maadad, CEO of Gates Hospitality, which has a portfolio of upmarket restaurants in Dubai. "But the influx of people should have been handled better."

Dubai is also a city of huge disparities. There are the local Emiratis and well-paid white-collar workers from abroad who live comfortable lives. Then there are the people who serve them: low-paid laborers working in construction, retail, hospitality and as domestic maids, who typically earn less than $600 per month and live in cramped communal accommodation.

Many of these workers are undocumented, having entered the country on a tourist visa. Others have lost their jobs and residency status during the pandemic. Now, with Dubai vaccinating only official residents, many of these undocumented workers could be left unprotected.

Shahadat Parvez, 29, from Bangladesh, works as an electrician and driver for a construction firm. When his work and residency visa expired in October, his employer declined to pay for it to be renewed, he said. Without official residency, he is not eligible for vaccination.

"If the vaccine needs to be given to all people, then I'm also in need of it," Parvez said. "I'm not taken seriously."

If Dubai bypasses this part of the population, it could prove difficult for the emirate to achieve herd immunity and again make itself attractive to visitors. "If people need vaccination, they should have that vaccination, irrespective of their status," said Scally. 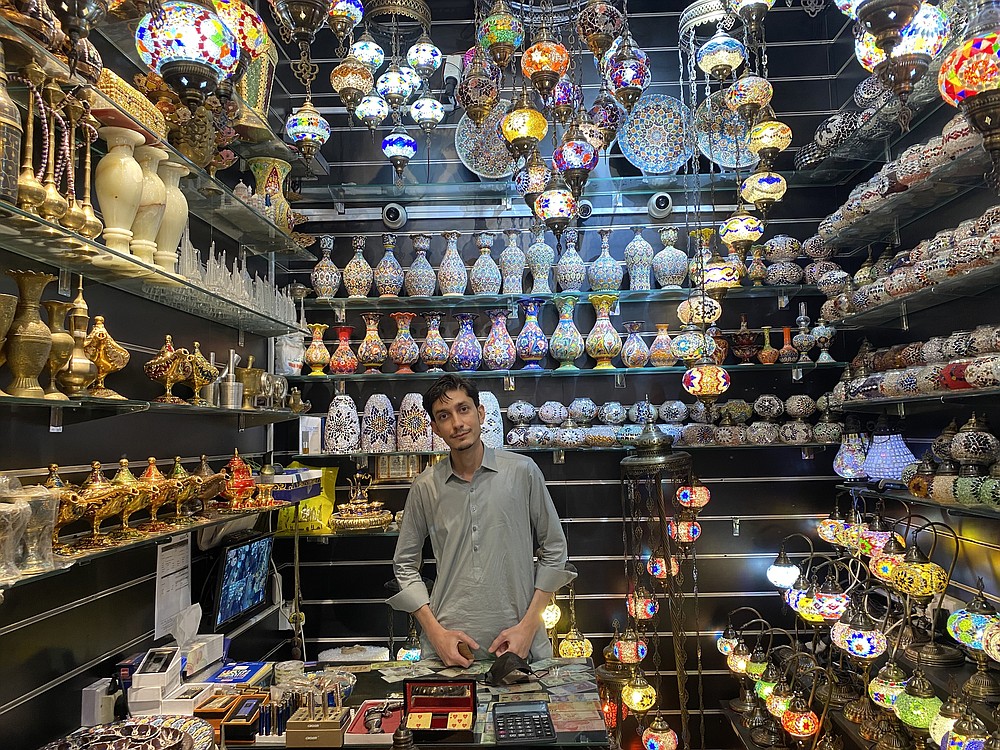 Yousaf Khan, 21, tends his shop in the Old Souk, in Dubai. MUST CREDIT: Photo by Katie McQue for The Washington Post.
ADVERTISEMENT