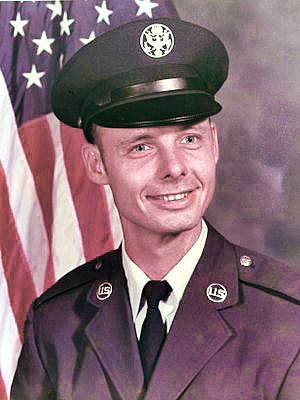 FAYETTEVILLE -- Judy Gibbs Velosky dropped plans for a November wedding so she could marry in her father's hospital room while John Ray Gibbs still lived.

Gibbs died days later at 61 on July 26, 2014 -- five months after the chief pathologist at the Veterans Health Care System of the Ozarks in Fayetteville misdiagnosed the Bentonville veteran's cancer while intoxicated.

"It was hard to be a happy bride when I knew my father was dying beside me," testified Velosky, a self-described daddy's girl. To this day, the couple doesn't display wedding photographs in their home, she said.

Robert Morris Levy, 54, received a 20-year prison sentence Friday for involuntary manslaughter in Gibbs' death. Levy's guilty plea and sentence will never answer her questions, such as whether her father would have lived given the right treatment, Velosky testified at Levy's sentencing hearing Friday.

"The answers to those questions are stolen from me," she said, one of six members of various victims' families who testified on the last day of the two-day hearing.

One witness, Tammy Phillips of Eureka Springs, fought through tears to give her testimony. Her family found out in 2018 her father, Army veteran David Phillips of Huntsville, was also misdiagnosed by Levy.

"It was like losing him all over again," she told the court. "He died a mere shell of the man he had been," Phillips testified. David Phillips was a veteran of the Vietnam War. He died in 2014.

Gibbs' death was the one Levy admitted to in his plea bargain, but far more people connected to 33,902 cases Levy had a hand in since 2005 suffered, said attorney Alan Lane

of Fayetteville. Eight civil claims against the federal Veterans Department will come from victims' families, probably within the next 30 days, he said.

Levy's role at the health care system was to examine test results of tissue and fluid samples to determine illnesses, if any.

His prison sentence is twice the guideline range calculated for involuntary manslaughter under the formula used in federal court. Federal judges have latitude to go outside guidelines if they deem it warranted.

U.S. District Judge Timothy Brooks condemned Levy's actions because he went to work intoxicated, going so far as to use an exotic drug to remain intoxicated after being caught drunk on the job in 2016, getting substance abuse treatment and a second chance.

The drug, 2m-2b, cannot be found with blood or urine tests for alcohol. The health care system required Levy to submit blood and urine samples for testing as a condition of reinstating his employment.

Levy got out of substance abuse rehabilitation in mid-October 2016 and started researching the drug as an alcohol alternative by the next month, according to court testimony. He subsequently passed 42 drug tests in a two-year period.

The pathologist was caught after a March 1, 2018, arrest. A Washington County Sheriff's Office deputy stopped him outside of the U.S. Post Office on Dickson Street in Fayetteville and summoned police, believing Levy was too drunk to drive.

After Levy failed a field sobriety test, a Fayetteville Police Department breathalyzer test reported an "interfering substance" result. What that substance was remained a mystery until the U.S. Department of Veterans Affairs Inspector General's Office investigated, finding Levy's internet orders of the drug.

Everyone knows not to drive drunk, Brooks said from the bench.

"It's just incomprehensible to me someone would take that to the next level and practice medicine while drunk," he continued.

Brooks condemned Levy's "arrogance" and "disregard for human life." Certainly, addiction is a powerful force, the judge said in his remarks. His court sees this in drug cases all the time, he said. But Levy used his medical training to benefit his own addiction at the cost of the lives of the patients he was sworn to treat.

"To say I'm humiliated, disconsolate and angry with myself is no consolation to those I've harmed," he said.

"There is no way to calculate the damage this has done," testified Kelvin Parks, director of the Ozarks system. "My health care system has a permanent scar," Parks said.

"There is no more important work for our office than seeking justice for the most vulnerable members of our communities in western Arkansas," Acting U.S. Attorney David Clay Fowlkes said after the sentencing.

Gibbs, for instance, comes from a family of veterans where five generations have served in the armed forces since World War I, according to court testimony. Levy's victims risked their lives for this country, Fowlkes said, and deserved dedication.

Third District Rep. Steve Womack, R-Rogers, and other members of the Arkansas congressional delegation participated in the original news conference announcing Levy's errors and brought the case to the attention of committees in Congress.

Levy "betrayed the trust of those who risked their lives for our nation and abandoned his own fundamental oath to do no harm," Womack said.

Levy's DUI arrest in Fayetteville triggered an independent review of all his cases at the health center. That review found 30 cases in which his incorrect diagnosis proved to have serious medical consequences. The 30 were from a total of 592 cases where there was a missed diagnosis serious enough to have risked the patient's health.

Having a team of 53 pathologists review 33,902 cases with more than 300,000 tissue samples cost taxpayers $2.1 million, according to testimony Thursday. That doesn't include the cost of paying the regular salaries of federal employees, including many of the pathologists who were diverted from other tasks for the review. The review lasted a year and a half.

Levy was also sentenced on one count of mail fraud for using the U.S. mail to receive delivery of the intoxicating drug for a fraudulent purpose, but this eight-year sentence will run at the same time he serves the 20-year sentence for manslaughter, Brooks ruled.

Levy's job paid $225,000 a year, according to his indictment. Brooks ruled he will have to reimburse the veterans system an amount equal to his salary and benefits during the time he worked while having access to the 2m-2b, a total of $497,746.

Levy was first monitored for alcohol abuse after administrators at the Veterans Health Care System of the Ozarks received a report he was intoxicated while assisting in an ultrasound-guided taking of a sample from a patient's liver. That report was March 22, 2016, according to court records.

A blood test at the time showed Levy's blood alcohol level at more than 0.39.

"For a normal human being, a 0.396 would be comatose level," inspector general investigator Kris Raper testified at a bail hearing for Levy in September, 2019.

A 2016 review of his work didn't find any missed diagnoses by Levy, according to the Ozark System. 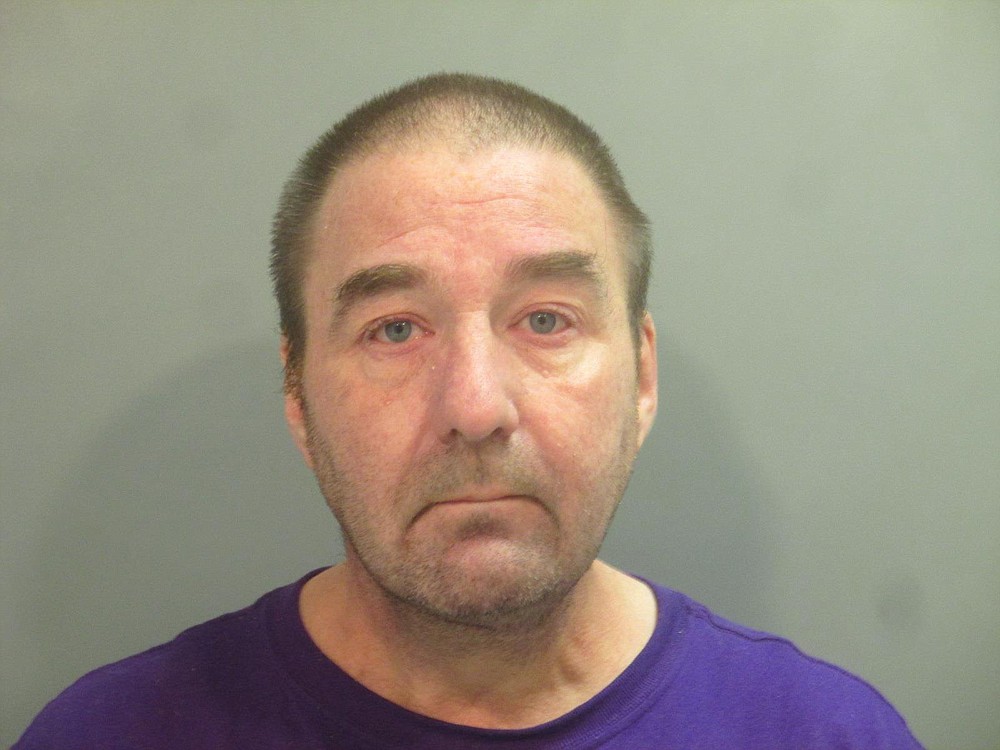