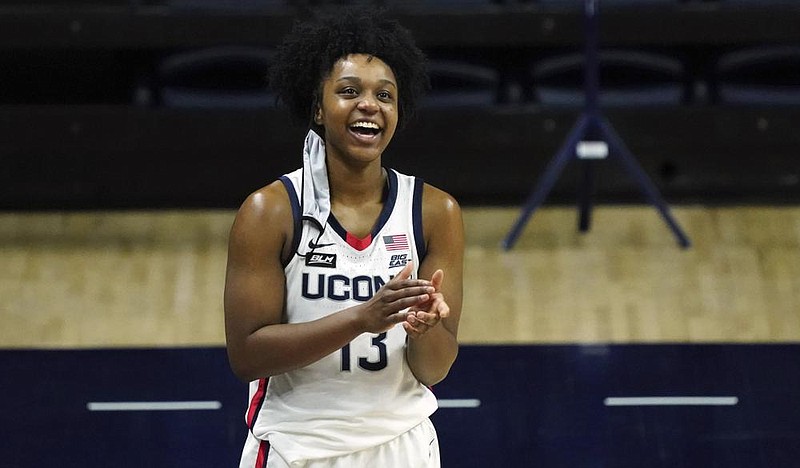 Arkansan Christyn Williams is averaging 14.9 points and 5.3 rebounds per game for No. 3 Connecticut this season. The Huskies take on Arkansas in Fayetteville on Jan. 3. (AP file photo)

FAYETTEVILLE -- The University of Arkansas women's basketball team has played one of the tougher schedules in the country this season, and it just got more difficult.

The No. 15 Razorbacks (11-5) will host No. 3 Connecticut (8-0) in Walton Arena next Thursday, the school announced Wednesday afternoon. The game will tip off at 4 p.m. and be televised on ESPN2.

Arkansas had its SEC game against Vanderbilt, which was originally scheduled for that date, canceled after the Commodores decided to end their season Monday after a combination of covid-19 issues, opt-outs and injuries.

Arkansas Coach Mike Neighbors said the players stressed to him they wanted to be challenged by the best teams in the country before the season. They reiterated that idea when he told them about Vanderbilt's situation Monday night after the South Carolina game.

"There was zero hesitation, zero backtracking," Neighbors said. "Well, it's hard to outdo the UConn Huskies. It all fell into place. We couldn't have asked for a better deal.

"The two administrations got together, worked fast, worked together, coordinated it all and got it done."

Arkansas already has played five ranked teams, including an 83-78 win over then-No. 4 Baylor in Walton Arena on Dec. 6. The Razorbacks fell 104-82 at No. 4 South Carolina on Monday and aren't scheduled to play again until this Monday when they travel to Georgia.

The Huskies have struggled with covid-19 issues, having four games postponed and another canceled in the past two weeks. Connecticut recently had a stretch where it played just two games in 27 days.

UConn Coach Geno Auriemma passed Pat Summitt for No. 2 on the all-time wins list with 1,099 with the Huskies' 103-35 rout of Butler on Tuesday. Stanford's Tara VanDerveer tops that list with 1,105.

Taking on another incredible opponent shows his team's talk is more than bravado, Neighbors said.

"We say that to our kids all the time, control what you can control," Neighbors said. "Well, we can't control what Vanderbilt is doing down there. So now that comes back to us.

"We can control who we fill that game with, and I think it sends a message how dedicated our kids are to giving themselves the best possible chance to be really good in March."

The Razorbacks lead the country in games played, and Neighbors said that means a lot to more people than just his players.

"Before Monday's game I was stopped by an usher, an ESPN cameraman and a security officer who personally thanked us for doing everything we've been doing protocol-wise -- traveling day of game, doing all that stuff -- to keep these games because that's paychecks for them," Neighbors said. "If they don't have games, they don't get paid.

"I relayed that to our team. I think it's a very, very important part that not everybody gets a chance to see and hear. But for those people to personally stop me on the way to the court or just as we were walking around when we got here 2 1/2 hours early, really, really made a huge impact on our team and our kids."

Connecticut has an Arkansas connection with guard Christyn Williams. The 5-11 junior who played at Central Arkansas Christian in North Little Rock was named 2018 national high school Player of the Year by Gatorade and the Women's Basketball Coaches Association as a senior. She also led CAC to a Class 4A state title that season.

She is averaging 14.9 points and 5.3 rebounds per game this season.

It won't be the Huskies' first trip to Fayetteville. They defeated the Razorbacks 100-64 on Nov. 14, 1998, in their only other meeting. UConn was ranked third at the time, while Arkansas was No. 18. 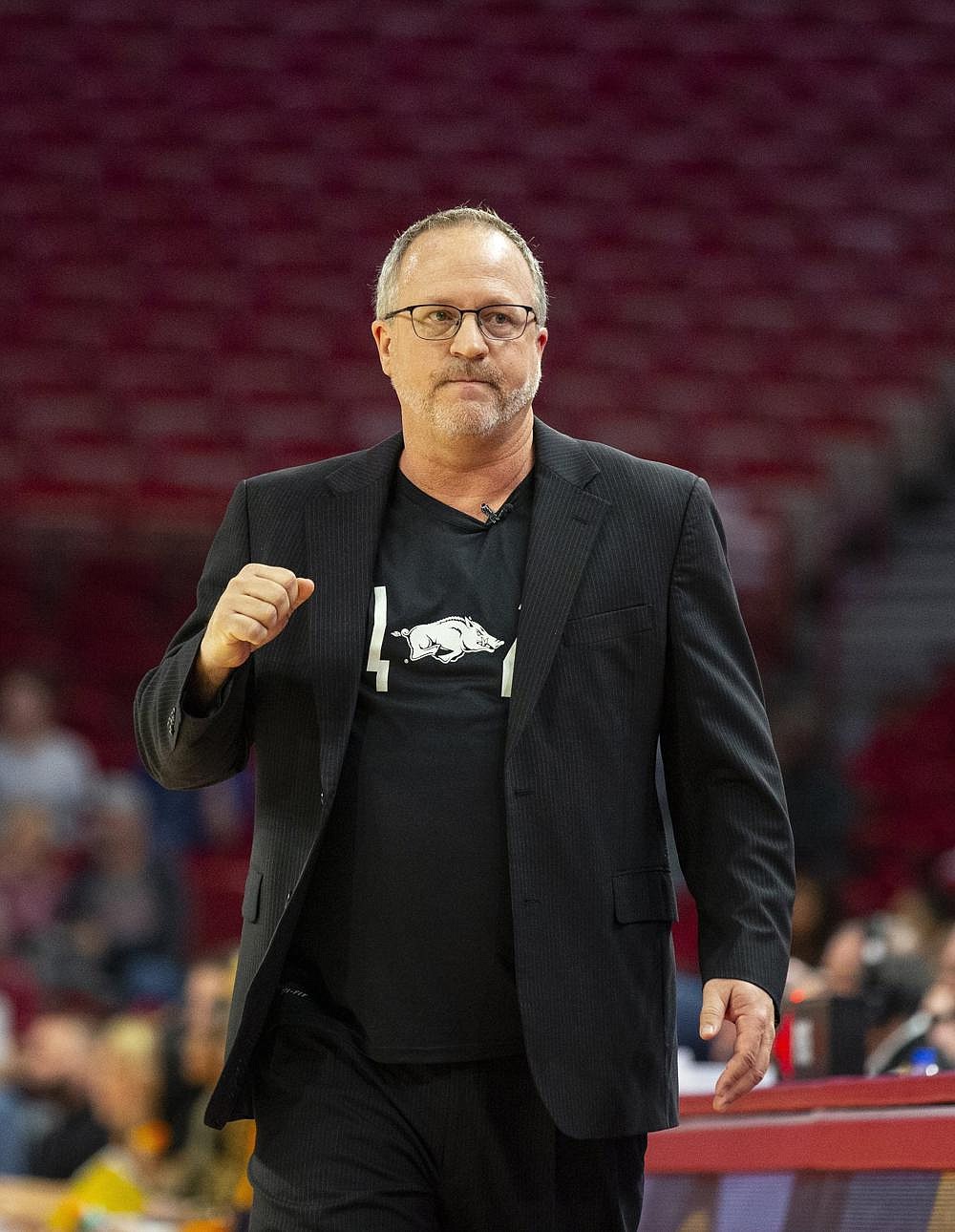