Chinese mogul back in public view 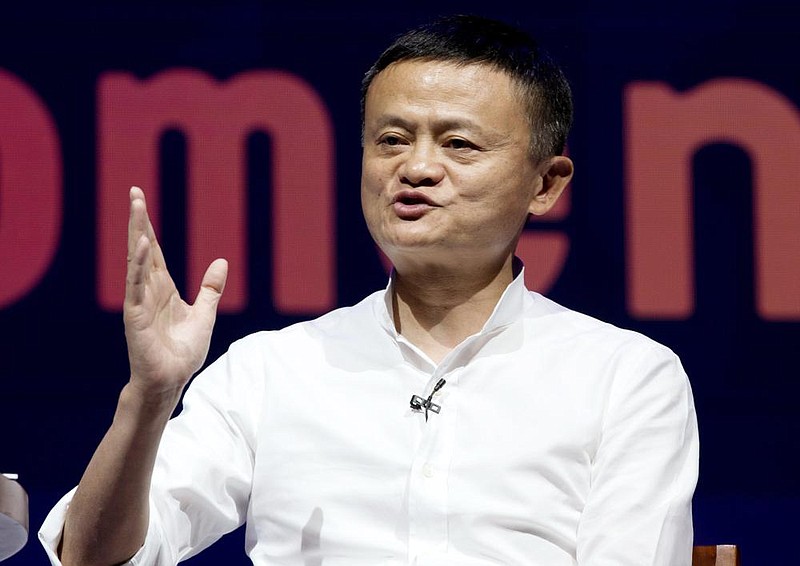 Jack Ma resurfaced for the first time since China's government began clamping down on his business empire nearly three months ago, appearing in a livestreamed video that sent Alibaba Group's stock soaring but left plenty of unanswered questions about the billionaire's fate.

Ma spoke briefly on Wednesday during an annual event he hosts to recognize rural teachers. In one video of the event circulated online, China's most famous entrepreneur can be seen touring a primary school in his hometown of Hangzhou.

Ma, who had stayed out of public view since regulators suspended the initial public offering of his financial technology company Ant Group, told the teachers he'll spend more time on philanthropy. He didn't mention his run-ins with Beijing.

Ant confirmed the authenticity of the video, first posted on an online blog, but declined to comment further.

Speculation about Ma's whereabouts and his standing with President Xi Jinping's government had reached a fever pitch in recent weeks, after regulators ordered Ant to overhaul its business and began an antitrust investigation of Alibaba. Beijing's crackdown followed an October speech by Ma in which he infamously rebuked "pawnshop" Chinese lenders, regulators who don't get the internet, and the "old men" of the global banking community.

He appealed to them to make it easier for entrepreneurs and young people to borrow.

Those actions prompted speculation online about whether the 56-year-old Ma had been detained or might face legal trouble.

Ma's comments on Wednesday struck a much different tone, echoing themes espoused by the ruling Communist Party. A former English schoolteacher, he spoke about the importance of reviving China's countryside and narrowing income disparities by encouraging the return of younger talent to rural areas.

"Recently, my colleagues and I have been studying and thinking. We made a firmer resolution to devote ourselves to education philanthropy," Ma said during the event. "Working hard for rural revitalization and common prosperity is the responsibility for our generation of businessmen."

While Ma's exact whereabouts remain unclear, his emergence in a public forum may help quell some of the more dire rumors about his fate in a country where media coverage is often tightly choreographed. Among the earliest outlets to report on his video address was an online news outlet backed by the Zhejiang provincial government.

Ma had kept out of public view since regulators in November scuttled Ant's $35 billion initial public offering, tightened financial technology regulations and launched a separate investigation into Alibaba -- all in a span of weeks.

"Jack Ma's unexpected reemergence -- just as sudden as his earlier disappearance -- is likely a sign that his relationship with Beijing's regulatory authorities has stabilized," said Brock Silvers, a managing director at private equity fund Kaiyuan Capital in Hong Kong.

But Ma probably isn't out of the woods, Silvers added. "A path acceptable to all parties may have been identified, but Ant Group still looks likely to be dis-aggregated and regulatory restrictions will almost surely take a significant bite out of Ant's former valuation."

The clampdown on Ma's empire is part of a broader campaign to rein in a generation of Chinese tech giants that Beijing views as wielding too much control over the world's second-largest economy.

The government has increasingly sought to exert influence over the extent to which companies from Tencent Holdings to ByteDance amass data and direct commerce and media.

The same month Ant's initial public offering was scuttled, the nation's top antitrust watchdog published new guidelines warning tech giants against monopolistic practices from forced exclusive arrangements to collusion on data. While Ant and Alibaba have borne the brunt of that assault since November, investors have since sold off peers from Tencent to Meituan.

As of early December, the man most closely identified with the meteoric rise of China Inc. was advised by the government to stay in the country, a person familiar with the matter has said. Debate about his whereabouts arose because Beijing has in the past quietly detained billionaires that have run afoul of the law, without immediate trial.

Information for this article was contributed by Lulu Yilun Chen and Coco Liu of Bloomberg News (WPNS) and by Joe McDonald of The Associated Press.