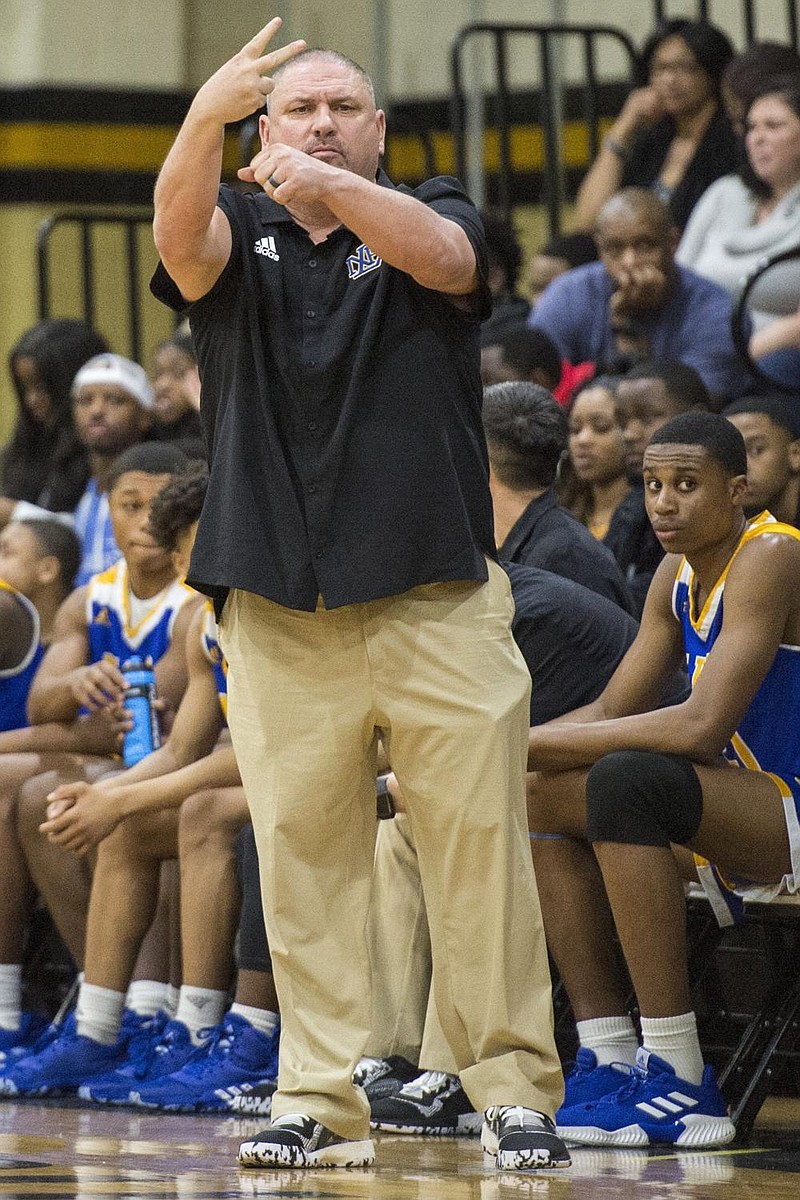 NOTEWORTHY The Gryphons will get their first crack at a Hornets team that suffered its first loss of the season Tuesday against No. 3 Little Rock Central. ... Southwest suffered its worst loss of the season when it was beaten 82-36 by No. 4 North Little Rock in its last game. ... Bryant will host North Little Rock on Tuesday night. ... Southwest committed 28 turnovers against the Charging Wildcats. ... Senior guard Camren Hunter is averaging 26 points over his last two games for the Hornets.

NOTEWORTHY Marion has won all four of its 5A-East league games by double digits, including a 30-point pasting of Searcy on Jan. 8. ... Greene County Tech started the season 8-0 with victories over three teams (Blytheville, Manila, Flippin) currently ranked in the top 3 of their respective classifications. ... Marion has taken three of the past four games between the two.

NO. 3 LITTLE ROCK CENTRAL AT CABOT

NOTEWORTHY Central is coming off of perhaps its biggest victory of the season Tuesday against Bryant. ... Cabot is looking for its first victory since beating El Dorado 64-58 on Dec. 8. ... The Panthers have lost three of the last four meetings with the Tigers, including both games last season. ... Sophomore guard Bryson Warren was 8 of 15 from the floor and 7 of 7 from the foul line vs. Bryant.

NOTEWORTHY Catholic has been beaten in four of its past five outings but played tough in a four-point defeat at Fort Smith Northside on Tuesday. ... North Little Rock senior guard D.J. Smith and Tracy Steele are starting to receive more collegiate interest. Smith recently got an offer from Coahoma (Miss.) Community College, while Steele received one from Allen (Kan.) Community College. ... North Little Rock has won eight in a row in the series.

NOTEWORTHY Magnolia turned an anticipated test against Monticello into a blowout midway through the third quarter Tuesday night. The Panthers then whipped Warren the next day to win their 42nd consecutive game. ... Star City lost twice to Magnolia last season. The Panthers won the first game 65-31 before taking the second one 97-40. ... Seniors Marvion Scott and Caleb Muckleroy have each posted 25-plus point games this season for Star City.

NOTEWORTHY The top boys game in the state will be for sole possession of first place in the 6A-West Conference. ... The two teams each won on their home floor last season. ... Fayetteville is winning by an average of 16 points during its eight-game winning streak. ... In Bentonville's four-game unbeaten run, the Tigers have beaten opponents by 21, 24, 34 and 13 points. ... The teams play against on Feb. 9 at Bulldog Arena.

AT NO. 9 LR PARKVIEW

NOTEWORTHY Both teams would've needed a victory to avoid falling two games behind the winner of Sylvan Hills-Maumelle in what is the state's toughest conference. But the Sylvan Hills-Maumelle game has since been canceled, which leaves all four near the top of the standings. ... The rematch will be on Feb. 9. ... Parkview beat bitter rival Little Rock Hall despite the Warriors' stall tactics. ... Little Rock Christian got 19 points apiece from both Layden Blocker and Trey Jones vs. Sylvan Hills but couldn't stop the Bears offensively.

NO. 1 FORT SMITH NORTHSIDE AT NO. 2 CONWAY

NOTEWORTHY The biggest girls' game of the season so far will pit the top two teams in the state in the first of two meetings this year. ... Northside has beaten Conway four times in a row, all by 10 points or more. ... The Lady Bears have won 11 consecutive games, with the last six coming by nearly 32 points apiece. ... Senior guard Jersey Wolfenbarger had 26 points for the Lady Bears in their last game against Conway. ... Conway sophomore center Savannah Scott has gotten an offer from Murray State. Scott also got an offer from the University of Houston earlier this month.

NOTEWORTHY The key game in the 6A-West, with the winner getting the upper hand in the conference race. ... Bentonville has won three of four between the teams, not to mention taking a 47-27 victory the last time they squared off on Feb. 14, 2020. Maryam Dauda had 17 points and six blocks in that game for the Lady Tigers. ... Fayetteville has won both of its league contests by double digits.

NOTEWORTHY Nettleton has reeled off four victories in a five-game span but faces its most difficult test to date. ... Batesville has scored at least 53 points in every game this season and has netted 80 points or more four times. ... Nettleton allowed a season-low 26 points in its 36-26 victory over Paragould three days ago. ... Lady Raider guard Briley Pena has scored in double figures 14 times this year.

NOTEWORTHY The second biggest girls game of the night behind Northside and Conway's tilt. ... Both teams have title aspirations on both the conference and state levels. ... The last time Vilonia came to Greenwood, the Lady Eagles left H.B. Stewart Arena with a 62-60 victory in a game that essentially locked up a league title. ... Senior guard Kinley Fisher had 29 points for Greenwood in a victory over Nashville on Tuesday.

NOTEWORTHY Parkview hasn't seen much action lately but will return to the floor to test the 5A-Central favorites. ... Senior forward Wynter Rogers had 29 points and 11 rebounds for the Lady Warriors vs. Sylvan Hills. ... Little Rock Christian has won its past five games. ... The Lady Patriots lost 60-34 the last time the teams played one another on Nov. 14, 2019. ... Parkview sophomore guard Jordan Gregory recently got an offer from Philander Smith College.

NOTEWORTHY Berryville's young team will get a tough challenge against the top team in Class 4A. ... Senior point guard Lilli Compton turned in a career-high 35 points in Berryville's last game, a 70-57 nonconference victory over Clarksville a week ago. She knocked down 12 of 14 from the foul line ... Harrison has back-to-back road dates next week, first at Shiloh Christian (ranked No. 5 in 4A) followed by a trip to Gravette.

NOTEWORTHY The Lady Charging Wildcats erased any bad tastes they may have had from their loss at No. 2 Conway by plowing through Little Rock Southwest by 58 points. ... The road doesn't get easier for Mount St. Mary, which hosts Conway next Tuesday. ... North Little Rock easily won the two outings last season, first by 35 points and then by a 29-point margin.

NOTE No. 8 Maumelle's boys game against Sylvan Hills has been canceled. Also, No. 4 Melbourne's girls game against Cedar Ridge has been rescheduled for Jan. 23.