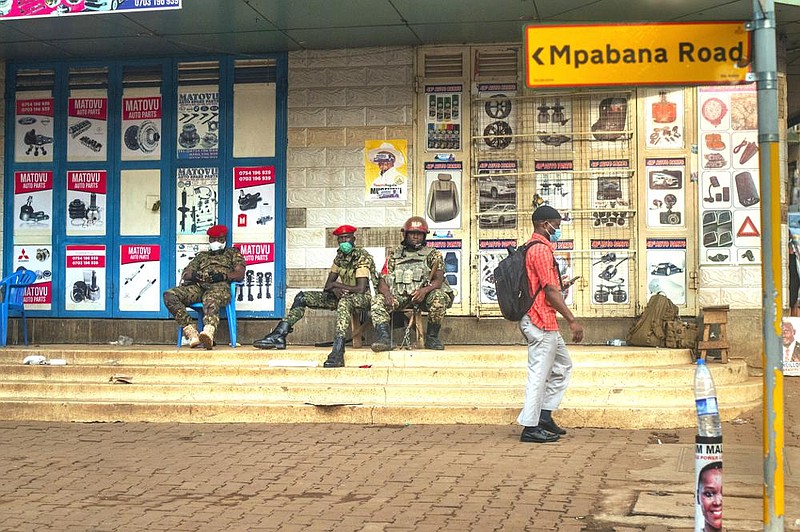 KAMPALA, Uganda -- Ugandan authorities appeared to cut off internet access in the country Wednesday night on the eve of a tense presidential election, while a lawyer for leading opposition candidate Bobi Wine said all contact had been lost with him.

"Confirmed: Uganda is now in the midst of a nation-scale internet blackout," watchdog NetBlocks said in a statement indicating that connectivity levels had dropped to 33% of usual levels. Ugandans using leading internet service providers MTN and Airtel said they could no longer get online.

The U.S.-based counsel for Wine, Bruce Afran, told reporters that the candidate "is now in his compound with his wife and a single staff member who is unarmed and is not security personnel. ... Security and police are stationed outside his home and effectively encircled it."

Afran said he feared Wine, a popular young singer and lawmaker, will again be arrested, and he warned that "we're going to see protests on the streets" if they believe longtime President Yoweri Museveni is declared the winner of today's vote because of fraud.

Wine, 38, has captured the imagination of many at home and abroad in his generational clash with the 76-year-old Museveni, who has rebuffed calls for his retirement after 34 years in power.

Hundreds of staff members for Wine's party are in detention, Afran said, adding "we believe this portends a significant attempt at vote-rigging." He added that while the candidate has sent his children to the U.S. for their safety, "I am quite certain Bobi Wine is not leaving Uganda" regardless of what happens in the days ahead.

"He has told us he intends to remain in this fight," the counsel said.

Earlier Wednesday, the U.S. ambassador to Uganda said the embassy has canceled plans to observe the election, citing a decision by electoral authorities to deny accreditation to most members of the observation team.

Ambassador Natalie E. Brown expressed "profound disappointment" in a statement, saying more than 75% of the accreditations requested had been denied.

"With only 15 accreditations approved, it is not possible for the United States to meaningfully observe the conduct of Uganda's elections at polling sites across the country," the statement said. "As we have stated previously, the United States takes no side in Uganda's upcoming elections."

Without "the robust participation of observers," the statement added, "Uganda's elections will lack the accountability, transparency and confidence that observer missions provide."

An electoral commission spokesman was not immediately available for comment.

The U.S. Embassy statement came the morning after Museveni spoke against development partners, Facebook and unnamed outside groups that he accused of "arrogance."

Uganda's government has repeatedly alleged that foreigners are working in support of the opposition. Wine has been accused of being "an agent of foreign interests," which he denies.

Museveni announced that his government had shut down access to social media and blasted Facebook after the social network removed Ugandan accounts linked to his reelection campaign.

"That social channel you are talking about, if it is going to operate in Uganda, it should be used equitably by everybody who wants to use it," Museveni said of Facebook. "If you want to take sides against the [ruling party], then that group will not operate in Uganda."

Facebook said this week that it had removed some Ugandan accounts because they engaged in alleged coordinated inauthentic behavior.

The allegations of outside interference have contributed to a charged atmosphere, with Museveni deploying the military in the streets of urban centers where authorities fear the opposition is planning riots that could overwhelm the regime.

Wine, whose real name is Kyagulanyi Ssentamu, insists that his campaign is nonviolent, and he urges his supporters not to be intimidated by the heavy military deployment in Kampala, the capital.

At least 54 people were killed in November as the security forces put down riots sparked by the arrest of Wine, whose rallies were frequently broken up by police purportedly enforcing coronavirus control measures.

Wine's supporters allege that security forces are cracking down on his supporters. Many have suffered beatings, and at least 49 of Wine's associates and supporters have been criminally charged.

The European Union, which also is not deploying an observer mission, said in a statement Tuesday that excessive use of force by the security forces had tarnished the electoral process.

Information for this article was contributed by Jamey Keaten of The Associated Press. 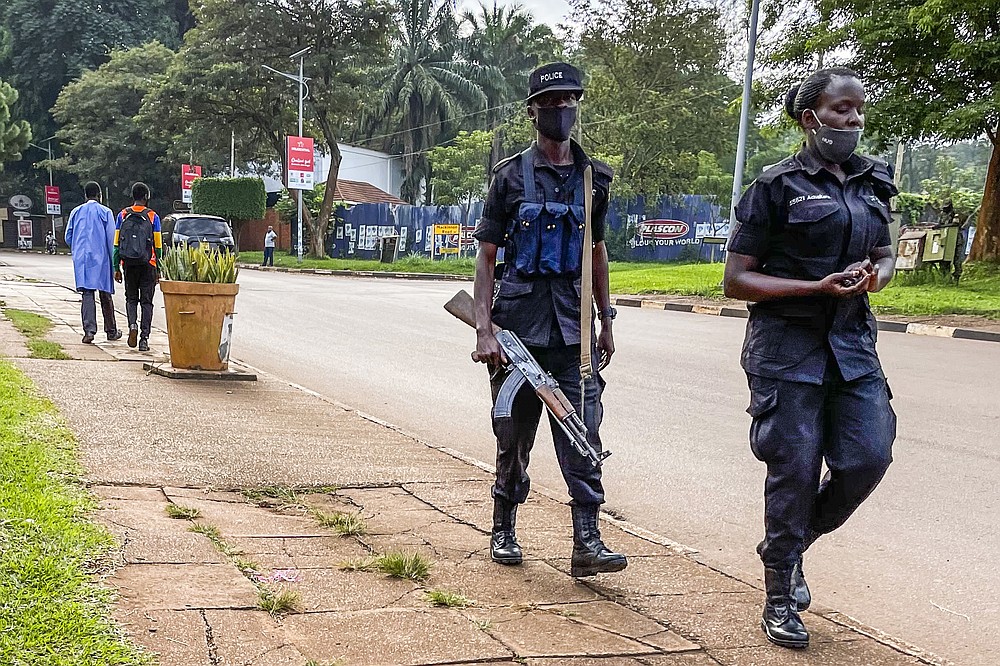 Security forces patrol in Kampala, Uganda Wednesday, Jan. 13, 2021.The United States ambassador to Uganda said Wednesday the embassy has canceled plans to observe the country's tense presidential election on Thursday, citing a decision by electoral authorities to deny accreditation to most members of the observation team.(AP Photo/Jerome Delay) 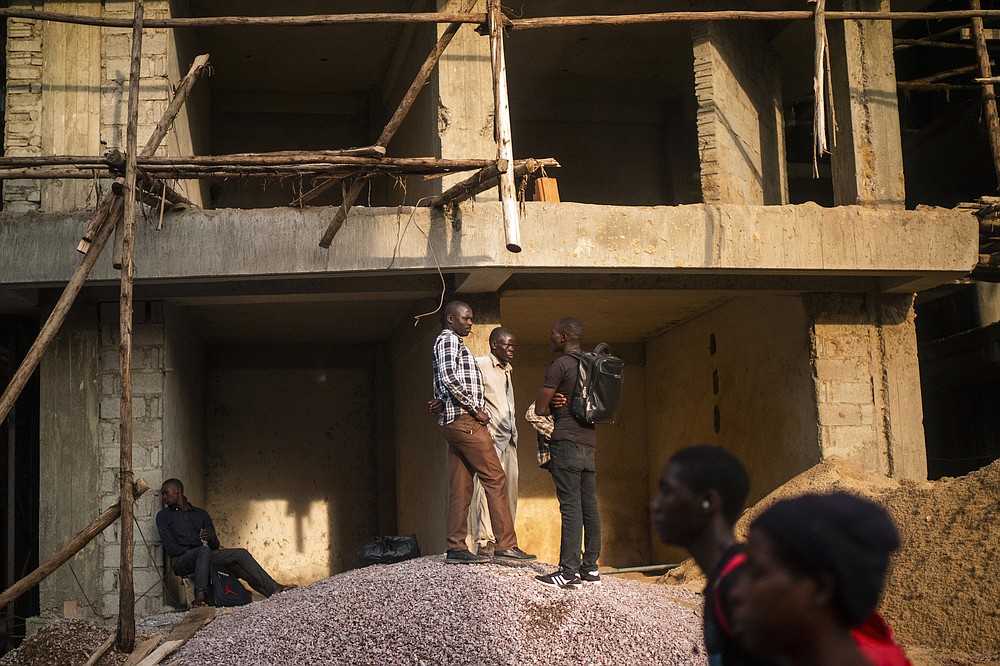 Men gather to talk on a construction site in Kampala, Uganda Wednesday, Jan. 13, 2021.The United States ambassador to Uganda said Wednesday the embassy has canceled plans to observe the country's tense presidential election on Thursday, citing a decision by electoral authorities to deny accreditation to most members of the observation team.(AP Photo/Jerome Delay)