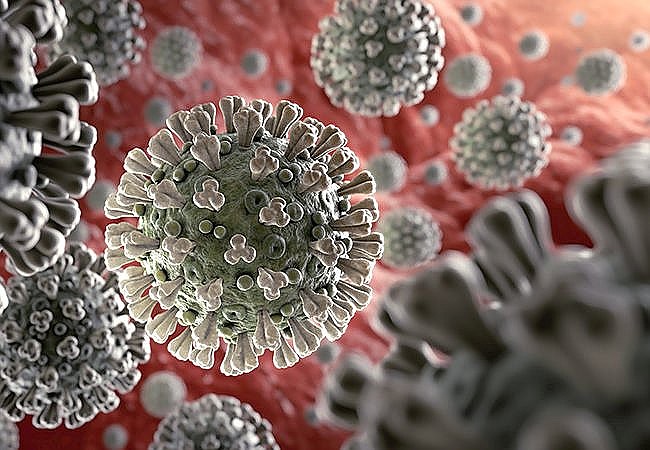 More than 500 Benton and Washington county residents died of covid-19 in 2020, with December accounting for the most deaths in a single month at 114, according to the county coroners' offices.

The deaths began in April and increased steadily from September through December.

"We don't know what proportion of the population would need to be vaccinated for deaths to be under control," said Dr. Jennifer Dillaha of the Arkansas Department of Health. She added she's seen estimates from 70%-90% of the population.

Covid-19 vaccines are being administered in the state to health care workers, first responders and people residing or working in long-term care facilities through hospitals and pharmacies. Vaccines will be available at no out-of-pocket cost when the Health Department begins offering them to the general public, Dillaha said. The department will bill insurance for those who are covered.

Two groups who were overrepresented in the death toll at the beginning of the pandemic ended the year more in line with their population.

Census estimates show Hispanics make up about 17% of the region's population. Hispanic residents accounted for about 13% of the cumulative death toll with 68 deaths. They were overrepresented earlier in the pandemic, accounting for 15, or 26%, of July's 56 deaths and 11, or 35%, of August's 31 deaths.

Marshallese or Pacific Islanders were overrepresented in the covid-19 death toll early in the pandemic, accounting for more than 50% of the June deaths despite making up less than 3% of the region's population. Those numbers dropped to two deaths in October and none in November or December.

A total of 48 Northwest Arkansas residents who were Marshallese or Pacific Islander died of the virus in 2020, accounting for about 9% of the region's deaths.

Health care professionals and community leaders attributed the virus' disproportionate effects on the Marshallese to a number of factors, including higher rates of underlying health conditions such as diabetes, working in poultry plants, language barriers and large gatherings.

Eldon Alik, consul general for the Springdale consulate of the Republic of the Marshall Islands, previously said a Marshallese covid-19 task force was created and has worked with the UAMS Northwest Regional Campus and the state Health Department to educate the Marshallese community on how to prevent the spread of the virus.

The task force regularly meets with Marshallese church leaders on how to educate their congregations on the virus, translates information from the federal Centers for Disease Control and Prevention into Marshallese language, communicates with the community via radio and social media and has given away masks and cleaning supplies.

Dillaha said the Health Department has begun planning how it will encourage the Marshallese community to take the covid-19 vaccine. The department is developing informational materials in Marshallese language and plans to work with community leaders to host workshops where people can ask questions.

In addition to the 114 Benton and Washington county residents who died here in December, 31 people who lived in other counties or out-of-state and four people whose residences are unknown also died in the region in December, bringing the total of deaths of people from out-of-area deaths to more than 90 for the year.

Northwest Arkansas is one of the more urban areas of the state with four of the state's larger hospitals caring for covid-19 patients as well as the Veterans Health Care System of the Ozarks. Critically ill patients from nearby rural areas are likely to be treated in one of the two counties. Hospitals in the region have continued to hit record highs for covid-19 patients over the past several weeks.

"That's why case numbers going up is so distressing to us," Dillaha said.

Martine Pollard, spokeswoman for Mercy Health System, said in a statement on the region's largest health care organizations, "As tertiary facilities, our northwest Arkansas hospitals care for patients transferred from areas beyond the Northwest Arkansas region, both in and out of state. Accepting out of area patient transfers has continued in the pandemic including covid-19 patients and patients with other medical needs." 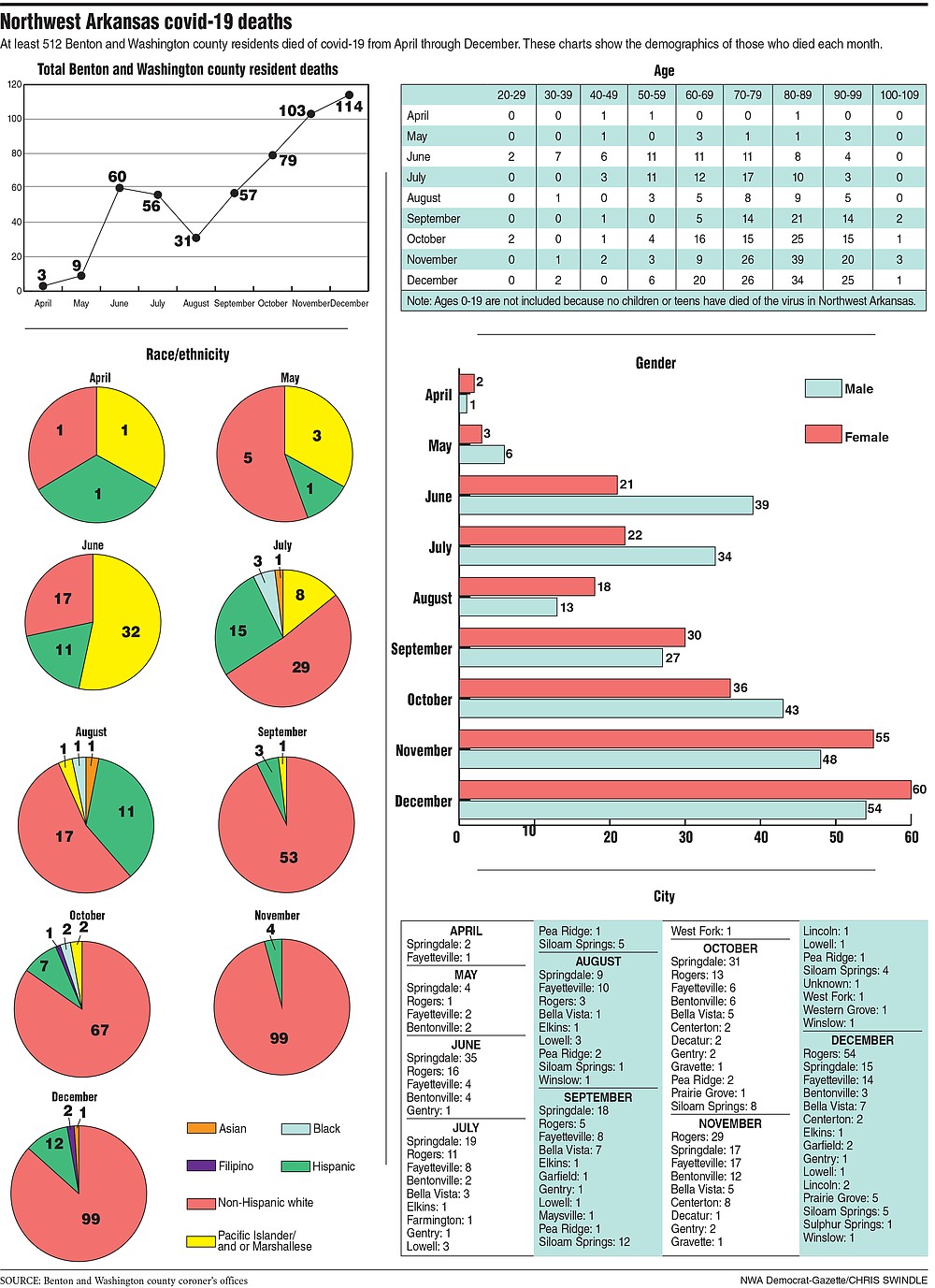