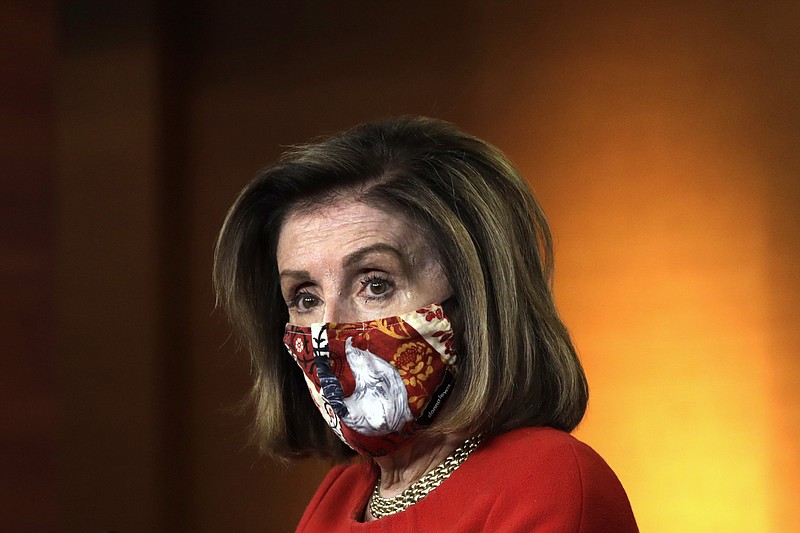 WASHINGTON -- Six decades after John F. Kennedy became the first Roman Catholic president, his political ascent still reverberates in the American electorate. Generations of Catholics who had long been marginalized in the political process were emboldened to seek office, prompting a wave of Catholic lawmakers in the decades that followed.

Academic observers attribute the rising influence of Catholics to a new prominence in public life that emerged after Kennedy's election. The number of Catholics in Congress has risen by roughly 50% since the Kennedy administration and in recent years Catholics have consistently been the single largest religious denomination in Congress.

Members of all Christian faiths -- a wide swath that includes members of the Church of Jesus Christ of Latter-day Saints, Baptists, Episcopalians and those unaffiliated with a specific denomination -- equate to 87% of Congress. But it is Catholics, the biggest denomination among the Christian faiths, that will hold 29% of the seats in the 117th Congress and two of the most powerful offices in government. With President-elect Joe Biden and Speaker Nancy Pelosi both Catholic, there will be a power dynamic not seen since the early 1960s when Kennedy and John McCormack made history as the first Catholic president and speaker.

"It's emblematic of this long-term trend of Catholics running for office, getting elected to office, staying in office and being politically successful to the point that you could have so many Catholics in positions of power in Congress," said Matthew Green, who chairs the Politics Department at Catholic University of America.

Catholics also have a growing influence on committee gavels. Seven House committee chairmen are Catholic, up one from the 116th Congress. The group includes leaders with wide jurisdictions: Rosa DeLauro on Appropriations, Richard Neal on Ways and Means, Frank Pallone Jr. on Energy and Commerce and Jim McGovern on Rules.

The rise of Catholics in Congress has even outpaced the number of followers of the faith in the nation. Pew Research Center's 2019 Religious Landscape Study found only 20% of Americans identify as Catholic, compared to 29% of lawmakers on Capitol Hill.

"Congress often is a lagging indicator of the changing religious makeup of the country," Green said. He noted that Catholics were historically underrepresented in the Congress until the later part of the mid-20th century.

Most Catholics -- including large numbers of Irish, Italian and Polish immigrants -- were kept in a "religious and urban ghetto" in the 19th century, according to the Rev. Matt Malone, the editor-in-chief of America Magazine.

But that changed after Kennedy's election to the highest office in the nation. "They were now being educated, moving into the middle classes, they were going to college; it makes sense now that they were also running for Congress, in places where traditionally they hadn't," Malone said.

While Catholics continue to dominate much of the rank and file in Congress, Protestant leaders will still be prominent in the 117th Congress: Senate Republican leader Mitch McConnell, House Minority Leader Kevin McCarthy and Vice President-elect Kamala Harris are all Baptists. And unspecified Protestants -- Christians who do not identify with a specific denomination -- is the second largest religious bloc behind Catholics at 20%.

Jewish lawmaker totals will be largely unchanged, although there was a notable shift in where Jewish lawmakers were elected in 2020.

While New York's Jewish senator, Charles Schumer, is returning as Senate Democratic leader, the state is losing half of its Jewish delegation, including influential members such as Appropriations Chairwoman Nita Lowey, who is retiring. Foreign Affairs Chairman Eliot Engel was defeated in a primary by Jamaal Bowman, one of 20 lawmakers who identify as unspecified or nonreligious. In Massachusetts, Jake Auchincloss, who is Jewish, was elected to the seat being vacated by Rep. Joseph Kennedy III, the grandnephew of the nation's first Catholic president.

From a policy standpoint, Catholics have one of the biggest tents in Congress. Catholic lawmakers range from being known for their strict stances against abortion such as New Jersey Republican Christopher Smith, to progressives who cite their faith in social justice causes such as New York Democrat Alexandria Ocasio-Cortez. Experts say given the broad worldview of Catholics, those in leadership positions may not always agree on policy positions, but there is a fundamental shared language of faith.

Biden and Pelosi have both invoked their faith in public life. Biden regularly attends Mass and quoted the widely known 1977 Catholic hymn, "On Eagle's Wings," during his Nov. 7 victory speech. In a December 2019 news conference, Pelosi had a heated exchange with a reporter: "I don't hate anybody," she said. "I was raised in a Catholic house. We don't hate anybody, not anybody in the world."

The steady growth among Catholics in politics also speaks to how American Catholics view their faith as integral to public service, according to John Carr, Georgetown University's director of the Initiative on Catholic Social Thought and Public Life. He points to a teaching from Pope Francis that "faithful citizenship is a moral obligation ... Catholic faith, Catholic culture, Catholic experience is about getting involved and trying to make things better."