Out And About: New series beckons patrons back to WAC 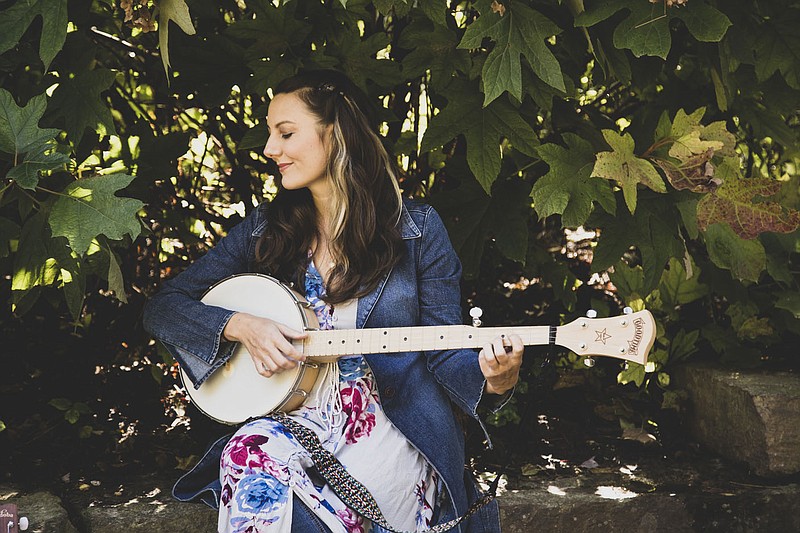 Fayetteville Americana and folk/jazz singer-songwriter Candy Lee opens the “In The Atrium” series today with a 7 p.m. performance. Walk-ups are welcome, but reservations for all performances are recommended. Future performers include Los Valeros, Brant Jester, La Tempesta and more. Visit website for full schedule and details. (Courtesy Photo)

As the Walton Arts Center in Fayetteville continues to navigate the stymied performing arts world, programming staff members continue to search for ways to bring arts experiences to the community and provide work for local artists in whatever ways they can. To that end, a new music series has emerged as part of the Ghost Light Programming being offered during the center's "intermission" period.

"In The Atrium" sets the stage, literally, for intimate, cabaret-style performances in the Walker Atrium.

"I would use the term 'up close and personal,' but of course, we're not really up close, because we're all distanced and wearing masks," explains Scott Galbraith, vice president of programming and executive producer. "But it provides for a more intimate experience -- more a listening room or house concert kind of experience."

The comparison here is to the programming WAC has already hosted in the main theater space, Baum Walker Hall. Since September, WAC has been able to present a handful of artists in the hall with the seating allowing for more than the required amount of distance between patrons. In The Atrium, Galbraith says, is more akin to the types of performances typically presented in Starr Theatre.

Beginning today, a minimum of two and a maximum of four In The Atrium performances will take place each weekend through the spring -- all free. The whole purpose of the series, Galbraith shares, is also to present multicultural, multi-genre work to highlight diverse local artists. Just in the first two weeks, folk, bossa nova/samba, jazz and legendary classical works populate the schedule.

"To some degree, this started as a classical music conversation. But we quickly realized that the format was one that could apply to jazz, to folk, to blues, to funk, to hip hop, to fill in the blank," Galbraith details.

The attention to classical, he notes, grew out of the realities of the genre's challenges right now. Much large orchestral work is difficult to navigate, and even chamber performances can be tricky. So, in that spirit, Sundays during In The Atrium will remain reserved for classical performances to give the art form a special moment.

Continuing the story, Galbraith adds that the programming team realized very quickly that the format could also easily extend beyond music.

"We're also talking about stand-up comedy, and spoken word and poetry, even some dance as being part of this," he shares. "We're talking to folks in the South Asian artist community, with whom we've been doing more work lately, to see if there's opportunity to showcase their work. So we've reached out to other others in the community that we're not ready to announce yet, but know that there will be multiculturalism coming in very quickly."

Despite the intimacy, or perhaps in service of it, Galbraith reiterates the staff's commitment to safety for all. There is a maximum guest count of 72, but that would only occur if every cabaret table is full. Parties of up to six people from the same "quaran-team" will be seated with appropriate distance from other tables and masks are required unless seated. Even non-verbal performers will be masked. Galbraith candidly recalls a musician they approached for inclusion initially having reservations about participating, until they heard all the safety measures in place and felt at ease to perform on the series.

"Our hope," Galbraith says, "is to give the community a chance to get out, and yet still have the kinds of experiences at Walton Arts Center that they might ordinarily have."

WHEN — 7 p.m. Thursday through Saturday and 2 p.m. Sunday through spring; performance days vary

COST — Free; drinks and snacks available for cashless purchase before and during performance

FYI — Artists will perform for 75-90 minutes with no intermission.