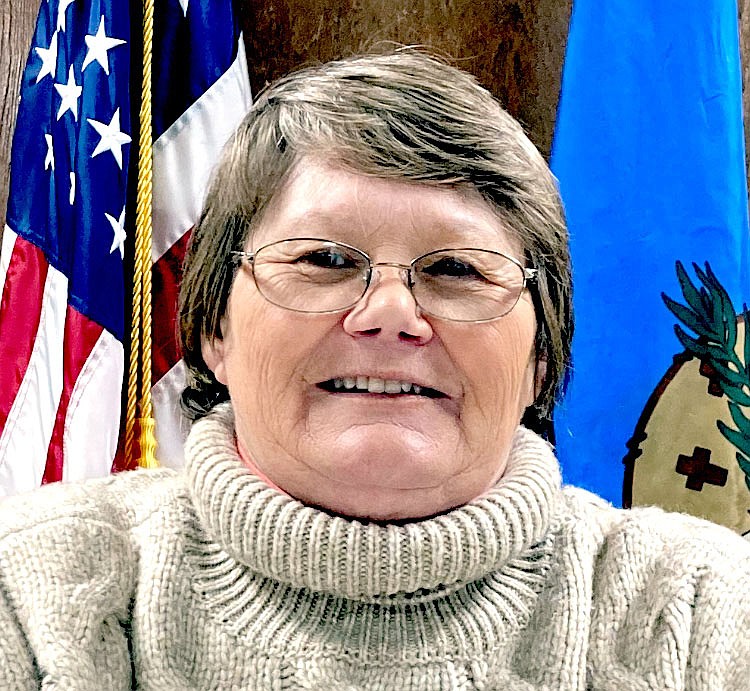 Photo Submitted Elaine Carr announced Monday that she is retiring from public office. Carr has served on West Siloam Springs' Board of Trustees since 1998 and as mayor since 2003.

WEST SILOAM SPRINGS, Okla. -- Mayor Elaine Carr announced she has decided not to seek reelection for the position of Ward Four trustee and mayor of the town.

Carr, who has served as Ward Four trustee since 1998 and as mayor since 2003, is the longest serving board member in Oklahoma, Carr said. Carr said she was stepping down after 23 years of service because it was time. Her last meeting will be March 15.

"I just thought it was time to spend time for me now," Carr said.

West Siloam Springs' town government runs as a board of trustees and the five board members pick the mayor and vice mayor every two years, Carr said. The town has three positions up for election this year.

Ward Two and Ward Four trustees are up for election to four-year terms expiring in 2025, according to a news release from the Delaware County Board of Elections.

There also is a vacant position to fill the unexpired term of town clerk/treasurer expiring in 2023, the release states. Previous town Clerk/treasurer Carolyn Butts resigned in July without giving a reason or notice.

No one has filed to run for Carr's position or the position of town clerk/treasurer during the open filing period the week of Feb. 1, according to Crystal January, secretary of the Delaware County Election Board secretary. Since no one has filed for the position, the board will have to appoint a mayor and town clerk or call for a special election during the April town meeting, Carr said.

Carr was born in 1960 in Ventura, Calif. Carr doesn't remember when she moved to Stilwell, Okla., but believes it was between 1961-1963. She graduated from Stilwell High School in 1979. Carr worked at Stilwell Foods Inc. while still in high school, working there two years, she said.

The same year Carr graduated from high school she went to work at Walmart. She stayed there for nine years. Carr met future husband Rodney Carr around 1987 and married him a year later before moving to West Siloam Springs to help with his night club, she said.

Around 1989 or 1990 the couple turned it into a the Golden Cue Recreation Center. In 1997, Carr went to work for the Post Office and in 1998 her husband convinced her to run for the Ward Four seat.

During Carr's tenure, she helped to move the town's park from Pine Street to the lot adjacent to town hall and bring natural gas to West Siloam Springs, she said.

Carr worked with the South Delaware County Regional Water Authority to ensure the town could have its own water service, Chandler said.

As a big supporter of the Police Department, Carr helped ensure no officer would have to work a shift by themselves, according to Police Chief Larry Barnett.

When Barnett arrived 12 years earlier, only one officer was patrolling West Siloam Springs per shift, he said. Carr helped increase the budget so two officers are on patrol at one time.

"She was really involved in the town," Barnett said.

Carr also created a code enforcement position for the town and brought a pound for animals to the town, Barnett said.

Carr worked to increase sales tax for medical marijuana and online shopping as well as fighting to make sure the town didn't lose the state's grocery tax.

Along with the issue of a ZIP code, she is also working on a grant to put in a walking trail for the town's park.

Carr did want to thank many of the mayors, vice mayors and town clerks who helped educate her on what she needed to do to get the job done. Carr didn't name anyone because she was afraid she would forget someone, she said.

During her tenure, Carr won Mayor of the Year in 2009 for a population under 5,000. In 2017, Carr was inducted into the Oklahoma Hall of Fame for City and Town Officials.

Carr wanted to remind anyone with a desire to run it isn't an 8 a.m. to 5 p.m. job. She said there were times she received calls around 2 a.m.

After she wraps up her time as mayor, Carr intends to slow down a bit. She plans to continue working with the Post Office and will stay in the loop with various state contacts such as State Rep. David Hardin (R-District 86) and State Sen. Kim David (R-District 18) as well as U.S. Rep. Markwayne Mullin (R-2nd District) and report her findings to the board of trustees, she said.

This wouldn't be an official position, just Carr working on the sidelines to help her town, she said. West Siloam Springs is also looking at creating a four-lane highway to Sallisaw, Okla.

Carr is also looking to take time for her hobbies such as hiking, playing piano and working with arts and crafts.

Looking back, Carr said she enjoyed her time as mayor. She has worked with numerous mayors across the state as well as working with Siloam Springs. Carr also said she shook hands with former Vice President Mike Pence and former White House Press Secretary Sarah Huckabee Sanders, who recently announced she's running for governor in Arkansas.

"I really enjoyed it and I've met a lot of people," Carr said.

Marc Hayot may be reached by email at [email protected]