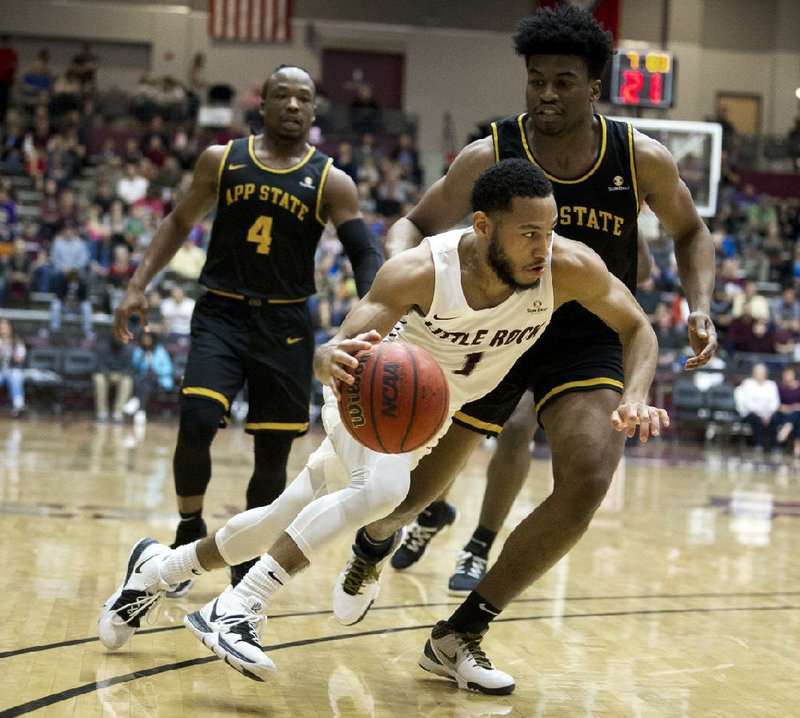 According to a report from CollegeAD, the University of Arkansas at Little Rock is set to leave its longtime home the Sun Belt Conference and join the Ohio Valley Conference later this week.

The move would end a months-long saga for the Trojans, which began when Texas and Oklahoma set off a domino effect in college athletics with their July announcement of a planned move from the Big 12 to the SEC.

UALR Athletic Director George Lee declined to comment when reached by the Arkansas Democrat-Gazette via text message, but the University of Arkansas System Board of Trustees has scheduled a special virtual meeting for 1 p.m. today. The board last met three weeks ago and was not slated to meet again until late January.

The OVC currently has 10 members but is set to lose two schools during the next academic year when Belmont goes to the Missouri Valley Conference and Austin Peay departs for the ASUN.

That left the conference with a collection of eight schools scattered across Tennessee, Kentucky, Missouri and Illinois.

Morehead State would be the longest OVC road trip for the Trojans at 629 miles or a little less than 10 hours driving.

In the Sun Belt, UALR has three drives that are longer than that in distance -- Appalachian State, Georgia Southern and Coastal Carolina -- and would add three more with new Sun Belt members Marshall, James Madison and Old Dominion.

There has also been a growing sense that the Sun Belt's focus has shifted from basketball to football with the additions of those three schools as well as Southern Mississippi. Although the league did not plan to force out either the Trojans or Texas-Arlington -- the league's other non-football playing member -- both schools had been reportedly examining the possibility of departing the Sun Belt.

The Sun Belt's additions came as part of a wild round of realignment. After Texas and Oklahoma announced they were headed to the SEC, the Big 12 moved to add Brigham Young as well as American Athletic Conference members Cincinnati, Central Florida and Houston.

With C-USA in limbo, the Sun Belt then solidified its position among the Group of 5 with the additions of current C-USA members Old Dominion, Marshall and Southern Miss plus a top Football Championship Subdivision program, James Madison, which will leave the Colonial Athletic Association.

It remains unclear when all of these moves will go in effect. The soon-to-be new Sun Belt schools said in their announcements that they'd join no later than the start of the 2023-24 academic year, but it is possible that some or all could be a part of the Sun Belt in 2022-23.