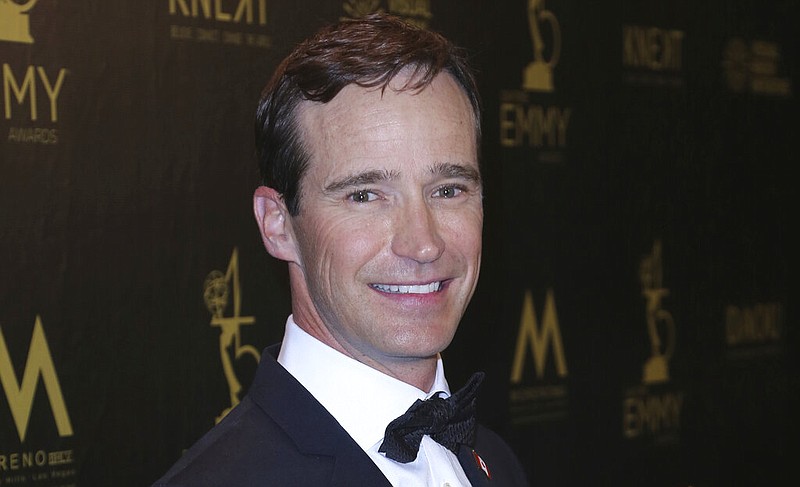 Mike Richards poses in the press room at the 45th annual Daytime Emmy Awards in Pasadena, Calif., in this April 29, 2018, file photo. (Photo by Willy Sanjuan/Invision/AP)

• Producer Mike Richards stepped down from his brief tenure as host of "Jeopardy!" after a report about past misogynistic comments surfaced this week and following a drumbeat of criticism about his selection. Richards was chosen last week as the successor to Alex Trebek, a decision that was seen as divisive after the show had done a broad search that included actors, sports figures, journalists and celebrities. A report on the website The Ringer this week revealed Richards had made demeaning comments about women, the homeless and others on a 2013-14 podcast. On the podcast, Richards used derogatory and crude language about women and their bodies. He also made a mocking remark about Jews and disparaged the homeless. The clips were removed after the report was posted. "Over the last several days it has become clear that moving forward as host would be too much of a distraction for our fans and not the right move for the show," Richards said in a note to the "Jeopardy!" staff on Friday released by Sony Pictures Television, the studio that makes "Jeopardy!" "As such, I will be stepping down as host effective immediately. As a result, we will be canceling production today." Taping for the show had been set to begin this week for the forthcoming 38th season starting Sept. 13. Richards' note indicated that he will remain the show's executive producer. Richards said a search for a new host will begin again with guest hosts sitting in for the new season. "I want to apologize to each of you for the unwanted negative attention that has come to Jeopardy! over the last few weeks and for the confusion and delays this is now causing. I know I have a lot of work to do to regain your trust and confidence."

• Barron Trump, the 15-year-old son of former president Donald Trump, has enrolled at an exclusive private school not far from his father's Mar-a-Lago home in Florida. Barron, who now stands 6-foot-7, had been attending St. Andrew's Episcopal School near Washington. The teenager will now attend Oxbridge Academy starting next week as a sophomore, the Palm Beach Post reported. Administrators at the West Palm Beach school sent an email to parents on Wednesday telling them about his arrival. "A small contingent of (Secret Service) agents will be present during each school day," wrote Ralph Mauer, the school's head, who added the school is working with the Secret Service to minimize any impact on other students, faculty, staff and day-to-day operations. Scott Siegfried, the school's director of advancement, said while the school has gotten some feedback from parents, most of it has been positive. While the school has other children from prominent families, this will be the first time it has dealt with the Secret Service. Annual tuition at the 54-acre campus is $34,800 for high school students.