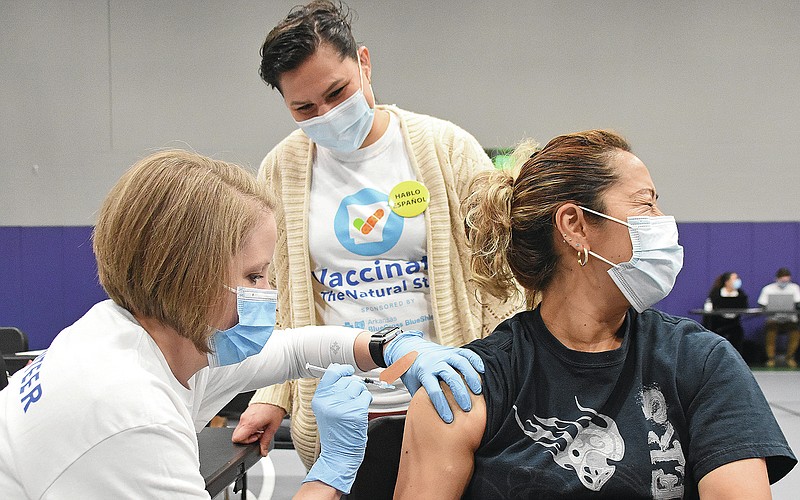 Arkansas posted its second-highest number of new coronavirus cases in a single day since January on Wednesday as the number of cases that were active topped 20,000 for the first time since Jan. 22.

The number of patients hospitalized with the virus, however, fell even as the number who were in intensive care rose to an all-time high.

The state's death toll from the virus, as tracked by the Department of Health, rose by 15, to 6,230.

Except for a spike of 2,843 cases on Thursday, that was the largest one-day new case total since Jan. 21.

The average daily increase in the state's case count over a rolling seven-day period rose to 2,105, topping 2,000 for the first time since the week ending that same day in January.

With new cases outpacing recoveries, the number of cases in the state that were considered active rose to 20,559.

After reaching its highest level since mid-January a day earlier, however, the number of patients hospitalized with covid-19 fell by 18, to 1,232.

According to the daily numbers reported by the Department of Health, that surpassed the previous record of 458 covid-19 patients who were in Arkansas intensive care units on Jan. 11.

The number of covid-19 patients who were on ventilators remained Wednesday at 260, just short of the all-time high of 268 it reached on Jan. 11.

Meanwhile, Health Department figures continued to show an uptick in the pace of the state's vaccinations.

At 11,156, the increase in vaccine doses provided reporting having administered, including second doses of the Pfizer and Moderna vaccines, was larger by 310 than the one a week earlier.

Already at its highest level since the week ending May 5, the average number of doses administered each day over a rolling seven-day period rose to 12,241.