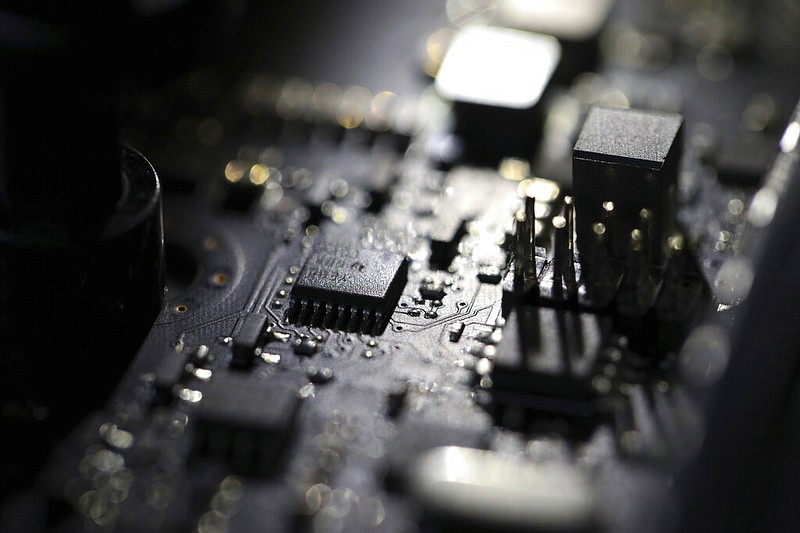 The Arkansas Coalition Against Sexual Assault, the Arkansas Research and Education Optical Network and the city of Tontitown are among the entities seeking federal American Rescue Plan funds.

Their proposals will be considered by a steering committee appointed by Gov. Asa Hutchinson to recommend the best uses of the state's $1.57 billion in the federal funds, which are provided in response to the covid-19 pandemic.

Final approval is required by Hutchinson and lawmakers.

"The impact of COVID-19 on victims of violence and the agencies that serve them has been tremendous in Arkansas," the coalition said in its proposal.

During the onset of the pandemic, reports of sexual and domestic violence dropped significantly, and as "safety measures and restrictions for COVID-19 have loosened, these numbers are dramatically increasing, causing centers to become overwhelmed with clients seeking services," the coalition's proposal said.

Over a five-year period, the main goal of this project is to increase capacity and infrastructure of rape crisis centers to provide services to individuals who have been trafficked, according to the coalition, whose executive director is Monie Johnson.

Under its proposal, the coalition would contract with 18 rape crisis agencies to hire an employee who would coordinate services within their agency in collaboration with other resources in their communities to help victims of human trafficking.

The coalition said it also would contract with the rape crisis centers to provide funding to make their websites accessible under a five-year contract for those with language, hearing and visual impairments.

The Arkansas Research and Education Optical Network, which is known as ARE-ON, seeks $20.3 million to improve cybersecurity for public colleges and universities, ARE-ON Executive Director Elon Turner said in a letter dated July 1 to the steering committee.

"Our request is to fund ARE-ON for the deployment of commercially managed detection and response services and a common suite of cybersecurity tools that allows for a tailored approach for the different type of institutions," ARE-ON said in its proposal. "Due to the sensitive nature of this topic, we have only provided an overview of the services we intend to deploy and can provide additional detail as requested."

Since the University of Arkansas and Arkansas State University systems have ongoing coordinated cybersecurity strategies, the funding for their member institutions would be coordinated by their system offices, ARE-ON said in its proposal. ARE-On said it would take an active role in coordinating a cybersecurity strategy for the nonsystem-affiliated community colleges and universities.

The project would be in an area designated by the Arkansas Department of Transportation to become the Highway 612 corridor.

"This extension will open up over 300 acres for commercial and economic development in the region," Hester wrote in his letter. "This is a very important infrastructure improvement project in the northwest portion of Arkansas that will greatly benefit our state's economy on multiple fronts for years to come."

On July 23, the state Department of Finance and Administration announced that guidance and a proposal template for American Rescue Plan funding was added to the steering committee's website, https://govstatus.egov.com/arpasc.

Completed proposals can be submitted via email to [email protected], the department said in a news release.

Proposals must meet the criteria established by the U.S. Treasury and will be considered as they are received, the finance department said.

According to the finance department, the proposals must fall into at least one category established by the U.S. Treasury:

• Reimbursing or paying payroll and benefits for public health, health care, human services and public safety employees to the extent they work on the covid-19 response.

• Addressing the negative economic impacts caused by covid-19 and serving the hardest-hit communities and families in a city.

• Investing in water and sewer infrastructure.

Overall, the projects funded by the American Rescue Plan must benefit the mitigation of covid-19 or the recovery from its impact, the finance department said.

"COVID-19 highlighted the state's need for investment in areas such as broadband, water and wastewater infrastructure and cybersecurity," Hutchinson said in a statement.

The finance department will review proposals along with two consulting companies, Center for Toxicology and Environmental Health LLC and Hagerty Group, to determine whether they meet eligibility standards as defined by U.S. Treasury.

The proposals that meet these requirements will be assigned to the appropriate state agency for further review, according to the finance department. Proposals that proceed will be presented by the agency to the 15-member American Rescue Plan Steering Committee.

The $1.57 billion in American Rescue Plan funds will come to the state through two transfers. The first half was received in late June while the remaining portion will follow about a year later, the department said.

Another $1.01 billion in American Rescue Plan is slated for Arkansas cities and counties.

On June 18, the Arkansas Legislative Council and its co-chairmen authorized the state Department of Commerce to use up to $30.7 million in the federal funds for broadband grants.

Since then, the Department of Commerce has awarded the following grants to local governments through the Arkansas Rural Connect broadband grant program, according to department spokeswoman Alisha Curtis. The local governments are working in partnership with various Internet service providers.

Curtis said the Department of Commerce plans to ask the Legislative Council this month to authorize the use of the rest of the $150 million in the federal funds that the steering committee recommended in June for the Rural Connect broadband grant program.

"We are still gathering information for technical review [of the proposed projects] and anticipate having a complete list of shovel-ready projects for legislative review in the August meeting," she said. The Legislative Council's next meeting is set for Aug. 20.

Department of Health Secretary Jose Romero told the American Rescue Plan steering committee on Wednesday that he will seek money from the state's American Rescue Plan funds to expand hospital capacity. He said the request will include funding for hospital beds and staffing, and will be submitted "when we have detailed plans for funding requirements."