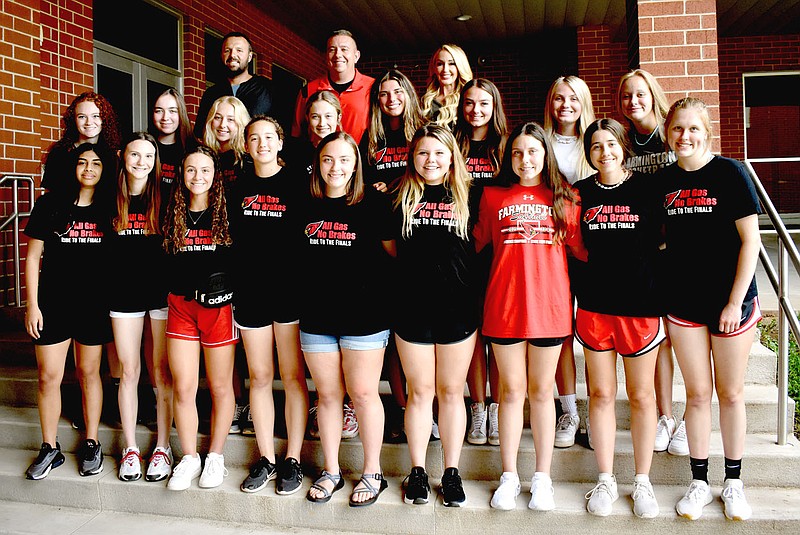 MARK HUMPHREY ENTERPRISE-LEADER/Farmington's 2020-2021 Class 4A State Runner-up girls basketball team coached by (top row from left): assistant Denver Holt, head coach Brad Johnson, and assistant Jessica McCullough, along with assistant Breanna Jones (not in photo) were recognized during a July 19 school board meeting for their accomplished magnificent run during the state tournament at Morrilton to reach the state finals for the third time since Johnson took over the program beginning with the 2009-2010 season.

FARMINGTON -- The Farmington School Board honored the Lady Cardinals girls basketball team for their Class 4A State Runner-up finish during its July 19 meeting.

Head coach Brad Johnson recounted a season, in which the team qualified for the state finals after graduating three starters from the 2019-2020 state champions.

Athletic director Beau Thompson provided an athletics report describing new lettering and logos to be installed for football/soccer, basketball/volleyball, baseball and softball including Nike logos, eight feet in length, backlit in white to make them visible after dark from the road at Cardinal Stadium.

The Nike logo will be installed on the interior of the film room in the fieldhouse along with the slogans, "Make a difference" and "Compete & Win," plus hashtags above VVR (standing for Vicious, Violent, Relentless) and RCB (Respect, Commit, Believe).

"We want to spruce up our four main facilities. Before we are done we will spend around $50,000 on that," Thompson said. "I think this stuff will really add to our game-day experiences for our student-athletes."

New lettering and logos will also be installed within Cardinal Arena as well as the baseball and softball fields.

The board also approved an athletic handbook for the 2021-22 school year. 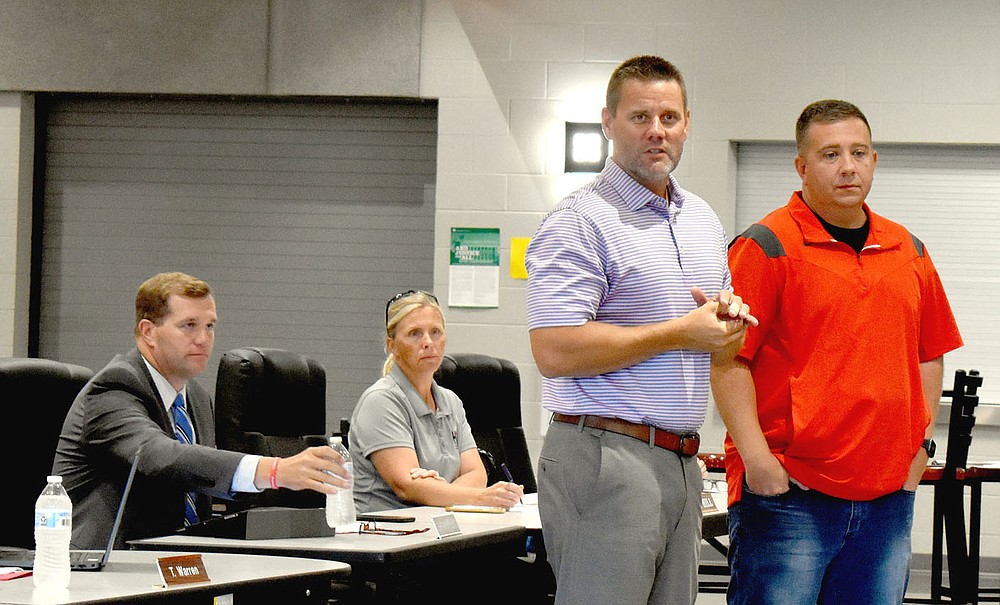 MARK HUMPHREY ENTERPRISE-LEADER/Farmington athletic director Beau Thompson introduces girls basketball head coach Brad Johnson while superintendent Jon Paul Laffoon (left) and board vice president Amy Hill look on during a Monday, July 19 school board meeting held at the high school cafeteria. The board recognized the accomplishments of the Lady Cardinals, who finished as the Class 4A State Runner-up for the 2020-2021 season. 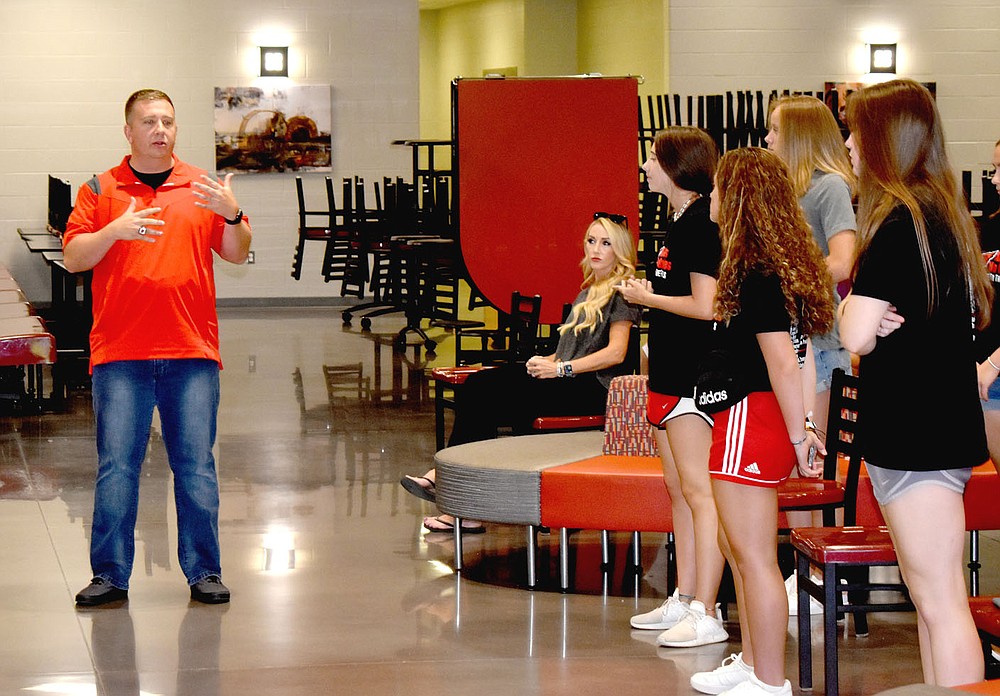 MARK HUMPHREY ENTERPRISE-LEADER/Farmington girls basketball coach Brad Johnson recapped accomplishments for the 2020-2021 Lady Cardinal team, which graduated five players including three starters from the 2019-2020 state championship team; and fought their way back into the Class 4A State finals, which weren't played in 2020 due to covid. Farmington finished as state runner-up in 2021. The team was honored during a Monday, July 19 school board meeting. Assistant coach Jessica McCullough is seated in the background.

MARK HUMPHREY ENTERPRISE-LEADER/Farmington School Board member Jeff Oxford salutes the girls basketball during a Monday, July 19 board meeting while recognizing the accomplishments of the Lady Cardinals, who finished as the Class 4A State Runner-up for the 2020-2021 season. Head coach Brad Johnson is standing in the background. 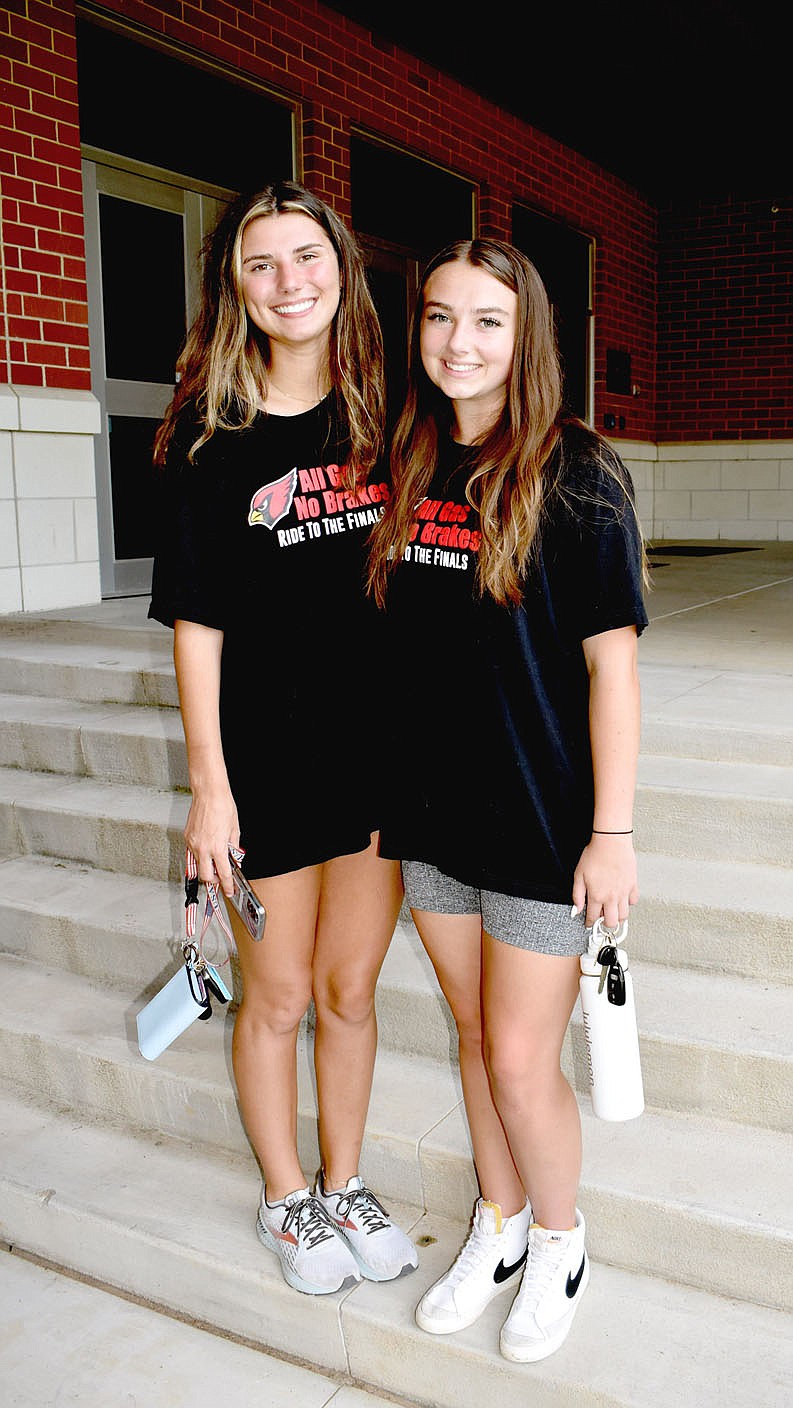 MARK HUMPHREY ENTERPRISE-LEADER/Farmington 2021 graduates Tori Kersey (left) and Trinity Johnson provided a one-two offensive punch that every opponent had to deal with while leading the Lady Cardinals into a Class 4A State Runner-up finish to culminate their storied high school girls basketball careers. Both were selected to the Arkansas High School Coaches Association 2021 All-Star team representing the West. The game wasn't played for the second straight year because of covid.