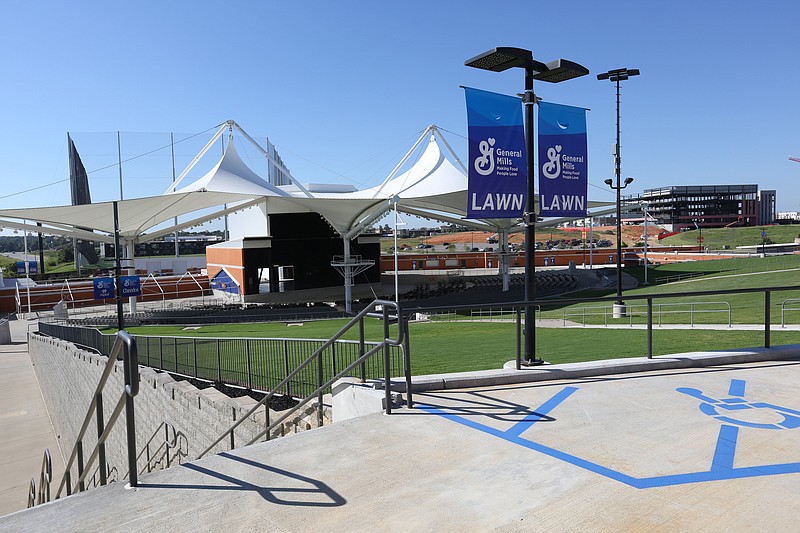 The Walmart Arkansas Music Pavilion announced its first new shows in more than a year.

Ten shows scheduled for the 2020 season had already rescheduled dates for this summer and have been on sale since last year.

Rhett visited the AMP in 2019 and now the contemporary country superstar brings The Center Point Road Tour to Northwest Arkansas on the heels of his fifth studio double album, "Country Again: Side A," out April 30. Fellow country singer-songwriters Cole Swindell and Gabby Barrett will join Rhett as opening acts.

Brothers Osborne last performed at the AMP in 2016 when they opened for Miranda Lambert. The pair now brings their headlining We're Not For Everyone Tour to Rogers with special guests Travis Denning and Tenille Townes.

Rhett is again up for the coveted Entertainer of the Year distinction at Sunday's 2021 ACM Awards, along with the awards for Male Artist of the Year, Song of the Year (writing credit) and Music Event of the Year.

Brothers Osborne are hoping to snag awards for Duo of the Year and the prestigious Album of the Year for their critically acclaimed third studio album "Skeletons."

As part of the AMP's efforts to improve visitor experience, patrons can add a new Fast Track pass onto their ticket for $10 to bypass long entrance lines with early entry on the day of the show.

More info is available at waltonartscenter.org/AMP or by calling the box office at 479-43-5600.