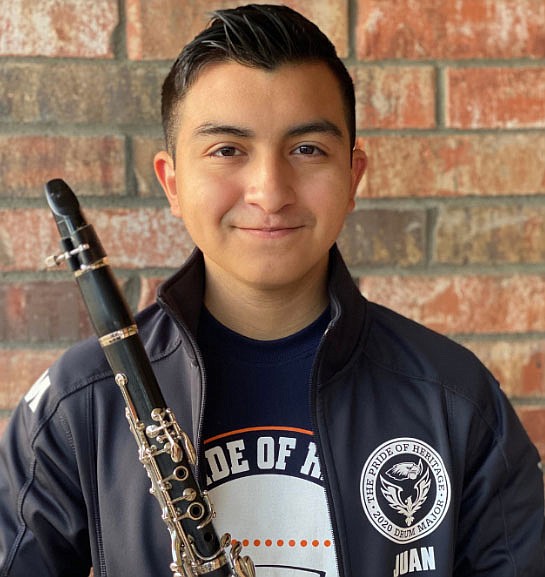 Krista Hinton of Lavaca, a University of Arkansas at Little Rock graduate student, recently received a $1,000 scholarship from Arkansans for Gifted and Talented Education (AGATE).

Hinton works as the K-12 gifted and talented coordinator for Lavaca School District. She is also in the Online Gifted Education K-12 Licensure Program and has recently been elected to serve on the AGATE Nominations Committee.

Elizabeth Skinner of Bentonville was recently initiated into The Honor Society of Phi Kappa Phi, the nation's oldest and most selective all-discipline collegiate honor society. Skinner was initiated at Texas Tech University.

Skinner is among approximately 30,000 students, faculty, professional staff and alumni to be initiated into Phi Kappa Phi each year. Membership is by invitation only and requires nomination and approval by a chapter. Only the top 10 percent of seniors and 7.5 percent of juniors are eligible for membership.

Phi Kappa Phi was founded in 1897. Its mission is "to recognize and promote academic excellence in all fields of higher education and to engage the community of scholars in service to others."

Sean Springer, son of Jennifer and Darrell Springer of Garfield, was officially inducted into the 132nd Missouri Military Academy Corps of Cadets at the MMA Passing Through Ceremony on March 5, 2021,.

The Passing Through Ceremony is an MMA tradition that officially welcomes new cadets into the corps following their successful completion of the Maroon Phase training, the cadet handbook test and the Crucible, a series of mental and physical challenges cadets must negotiate as individuals and as a team, with tasks such as a six-mile hike, a three-mile 16-obstacle trail run, a river crossing exercise and a team paintball challenge.

To signify his official entry into the corps, Springer was awarded and authorized to wear the coveted MMA hat brass that bears the MMA crest.

London Hatch of Rogers was among 2,378 students included on the honor roll for the fall 2020 semester at Dixie State University.

Dixie State University is a comprehensive polytechnic teaching institution with more than 200 programs to choose from, including four master's degrees and 53 bachelor's degrees, located in St. George, Utah.

Missouri State University awarded 1,534 degrees to students in fall 2020, including:

Students who graduated with honors completed at least 30 credit hours with a minimum cumulative GPA of 3.5.

Missouri State University, located in Springfield, Mo., is a public, comprehensive university system with a mission in public affairs. Our purpose is to develop fully educated persons with a focus on ethical leadership, cultural competence and community engagement.

Juan Ramos, a senior clarinet player at Rogers Heritage High School, has been selected by Music for All to be a member of the Bands of America Honor Band in the 2022 Tournament of Roses Parade in Pasadena, Calif. He is the child of Patricia Ramos and Juan G. Ramos, and his band directors are Karri Wesson and Jonathan Turner.

The BOA Honor Band is a 300-piece national ensemble with winds, percussion, and a flag and dance team. Richard Saucedo, composer, conductor and retired director of the national champion Carmel H.S. (Ind.) marching band, will direct the 2022 BOA Honor Band.

Zane Ochoa of Cave Springs has been accepted into Culver-Stockton College's incoming class for the fall 2021 semester.

Ochoa, a senior at Bentonville High School, also was awarded the Wildcat Scholarship, an $8,500 per year scholarship for four years. This scholarship is awarded based upon academic credentials and is renewable provided the student remains in good academic standing.

Culver-Stockton College, located in Canton, Mo., is a four-year residential institution in affiliation with the Christian Church (Disciples of Christ). C-SC specializes in experiential education.