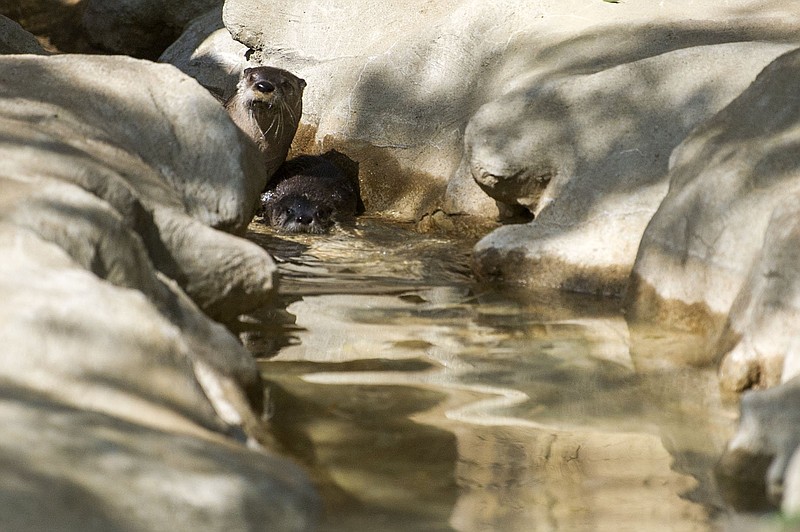 Carly, a North American River Otter, pushes one of her pups into the water in her habitat at the Little Rock Zoo on Tuesday, April 13, 2021. (Arkansas Democrat-Gazette/Stephen Swofford)

The Little Rock Zoo announced Tuesday the birth of two otters and is asking for the public’s help in naming them.

The pair of North American river otters, a male and a female, were born in February as a recommendation of the American Species Survival Program, according to a news release issued by the zoo.

The zoo, in partnership with Keep Arkansas Beautiful, is hosting a naming contest for the new pups. Zoo staff have selected three possible names that the public can vote on, the release states.

Two of the potential names reference the “Harry Potter” series by J.K. Rowling, while the others are references to the otters’ parents, Carly and Ray.

The public can vote on the otters’ names at surveymonkey.com/r/LRZooOtters. Voting ends May 13.