Stocks waver, then fall back from record highs 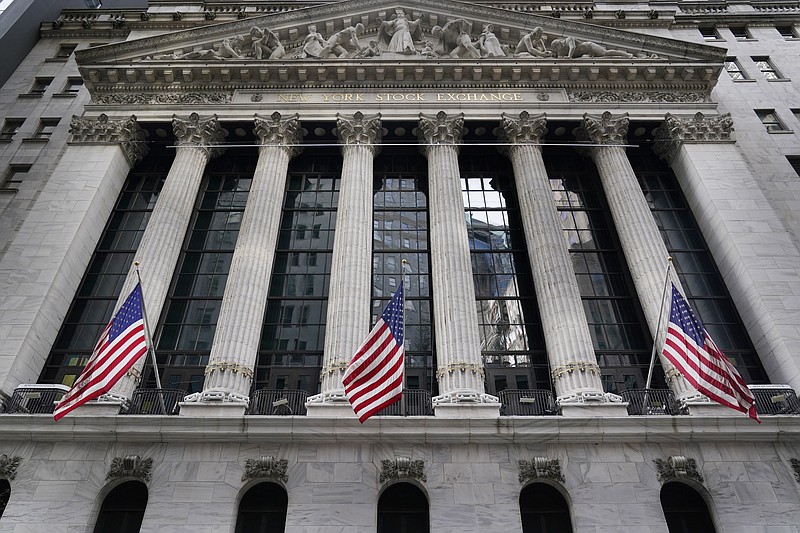 A wobbly day of trading on Wall Street left stocks slightly lower Tuesday, pulling the market back from the record highs it reached a day earlier.

The S&P 500 snapped a three-day winning streak, slipping 0.1% after wavering between small gains and losses for much of the afternoon. Stocks in the benchmark index were nearly evenly split between gainers and losers. Technology and health care stocks accounted for much of the decline.

Financial stocks fell as bond yields eased. That countered broader gains from companies that are depending on continued economic growth to recover. Meanwhile, oil prices rose.

Many of the gyrations within the market are occurring as Wall Street assesses the health and speed of the economic recovery.

There's been strong support for many of the sectors and companies beaten down by the pandemic as vaccine distribution helps businesses reopen and as government stimulus helps shore up businesses in the interim. Even as that shift occurs, technology and other stocks that benefited from the shutdowns still look fundamentally strong, said Jeff Buchbinder, equity strategist at LPL Financial.

"We're seeing this battle play out here in markets every day," he said. "That's going to drive some churn."

Bond yields fell. The yield on the 10-year Treasury slipped to 1.65% from 1.72% late Monday. That helped pull banks lower, as they rely on higher yields to charge more lucrative interest on loans. JPMorgan Chase fell 0.7%.

Investors have been weighing concerns about higher inflation as the economy grows, along with expectations that retailers and other service sector stocks will make solid gains as the world moves past the pandemic and returns to some semblance of normalcy.

The International Monetary Fund expects global economic growth to accelerate this year as vaccine distribution ramps up and the world rebounds. The 190-country lending agency said it expects the world economy to expand 6% in 2021, up from the 5.5% it had forecast in January. That would be the fastest expansion in the agency's records dating back to 1980.

The U.S. Labor Department reported that job openings reached the highest level on record in February, a harbinger of healthy hiring and a hopeful sign for those looking for work. That upbeat report follows encouraging news over the past week on job growth and improvements in the services sector, which is one of the hardest-hit areas of the economy from the pandemic.