OPINION: We only think we saw an ‘n’ in dilemma 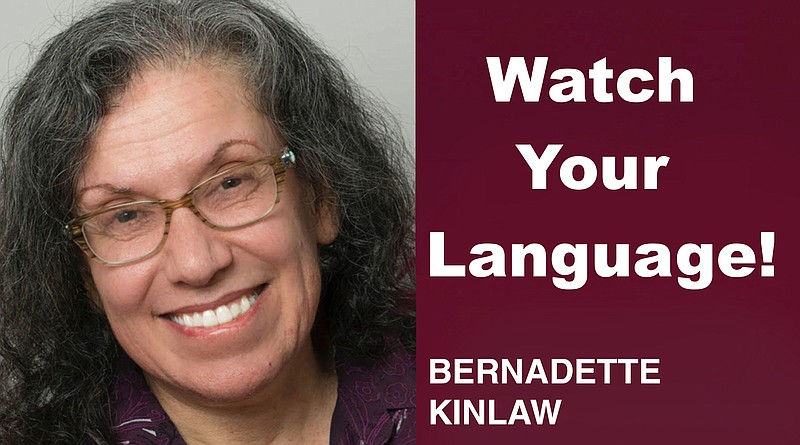 I think I can eke out one more column on matters that The Associated Press Stylebook has dubbed "grammar kryptonite" because the users are always uncertain about the correct usage.

One person always has to look up dilemma. Does it seem like it should have an n? Dilemna?

The Grammar Girl, Mignon Fogarty, swears that she, too, thought an n should be in there. Fogarty says this common misremembering is called the Mandela Effect. The effect got its name from the large number of people who swore they watched Nelson Mandela's funeral in 2010 even though Mandela died in 2013.

I had never heard of this phenomenon. But now I will concentrate on finding other examples of the Mandela Effect. Have you ever experienced it?

Another possibility is that some of us get confused because of words such as autumn, hymn and solemn, each of which has a silent n.

You can remember the correct spelling by chanting to yourself, "Emma has a dilemma."

I learned something else when I was researching this word. A dilemma is choice between two things. Do you prefer Mary Ann or Ginger? Coke or Pepsi? Ketchup or mayo? Those are dilemmas some of us face. The two-choices aspect makes sense because di- means two in Greek. But people in recent years also use dilemma to mean a problem or situation that needs thinking through.

Most of the members of The American Heritage Dictionary Usage Panel still are opposed to using the word dilemma to describe a predicament and not a choice between two things. But in more recent surveys on the matter, fewer people are against it.

And I'll add an extreme side note on dilemma. I remember writing years ago about a lemma, but I couldn't recall the meaning. I went back in time to find out. (Well, I looked through online archives.)

I learned its meaning from the Oxford English Dictionary, and this is what I wrote:

The OED taught me about lemmas. A lemma is the most basic form of a word. Some lemmas stand as is, and the most common examples of these are the, of, and, to and that.

“Tickle” is the lemma for other forms: tickling, tickled, ticklish and, I suppose, tickle monster.

Some lemmas behave themselves and create other words in regular ways. Fish becomes fishes and fishing.

But other words are more cantankerous. Go becomes goes but also went.

This is why a child might say "he teached me" rather than "he taught me." The child hasn't yet learned the irregular verb use.

The answer to the dilemma of choosing affect or effect is simple much of the time. Affect is the verb.

Does the weather affect your mood?

How does this move affect my salary?

Usually, effect is a noun.

Does this essential medicine have unwanted side effects?

The special effects in the performance were amazing.

We're still studying the psychological effects of the pandemic.

Effect can also act as a verb, but it's mostly limited to bureaucratic jargon. And you should avoid it.

With this legislation, we believe we can effect change in the community.

This lesson is short. Health care is always two words.

Here's another short lesson. You should call something "a historic event," not "an historic event." Historic begins with an h sound, which is a consonant sound. That's why you use a and not an.

You want to use plurals of proper nouns and punctuate them properly.

When my husband was alive, we would get cards addressed to The Kinlaws. That is correct.

But at times we would get envelopes addressed to The Kinlaw's. That is incorrect.

You make a family name plural by adding an s.

The exceptions are when the name ends in s. The Jones family becomes The Joneses.

I think it's safe to say you wouldn't use an apostrophe in any family's address, unless their name is something similar to O'Hara or D'Onofrio.

You use an apostrophe (sometimes followed by an s) to indicate possession.

The Joneses' house is much older.

Why isn't it The Joneses's? That's an AP Stylebook rule. This is one I need to look up over and over.

I realize much of this is nearly moot because people are mailing fewer and fewer pieces of personal mail these days. But let's hope this is just a phase. Getting a letter in the mail is the best.

The nation is built on the principle of democracy.

A principal is a main figure, including the head of a school. Principal can be either a noun or an adjective.

I remember the spelling because the principal is my pal.

When you're talking about finances, the principal is the original amount that you hope will earn lots of interest for you.

A premier is the head of some countries. A premiere is the first showing of a play or movie or other performance.

My memory aid for this one is that a premier is also a prime minister, and both end in er.

Continual means going on in repetition. But continuous means something that goes on and on with no interruptions. You might take medicine continually to help with an illness. But your heart beats continuously (I hope).

To infer means to guess at someone's meaning. Infer is often confused with imply. The speaker implies a specific thing, and the listener infers the meaning. The AP Stylebook is clear on the matter. The meanings of the two words are different.

But Merriam-Webster adds a meaning for infer, that it means to suggest or hint. So to infer is also to imply. How's that for nuts?