A compulsion to be the best 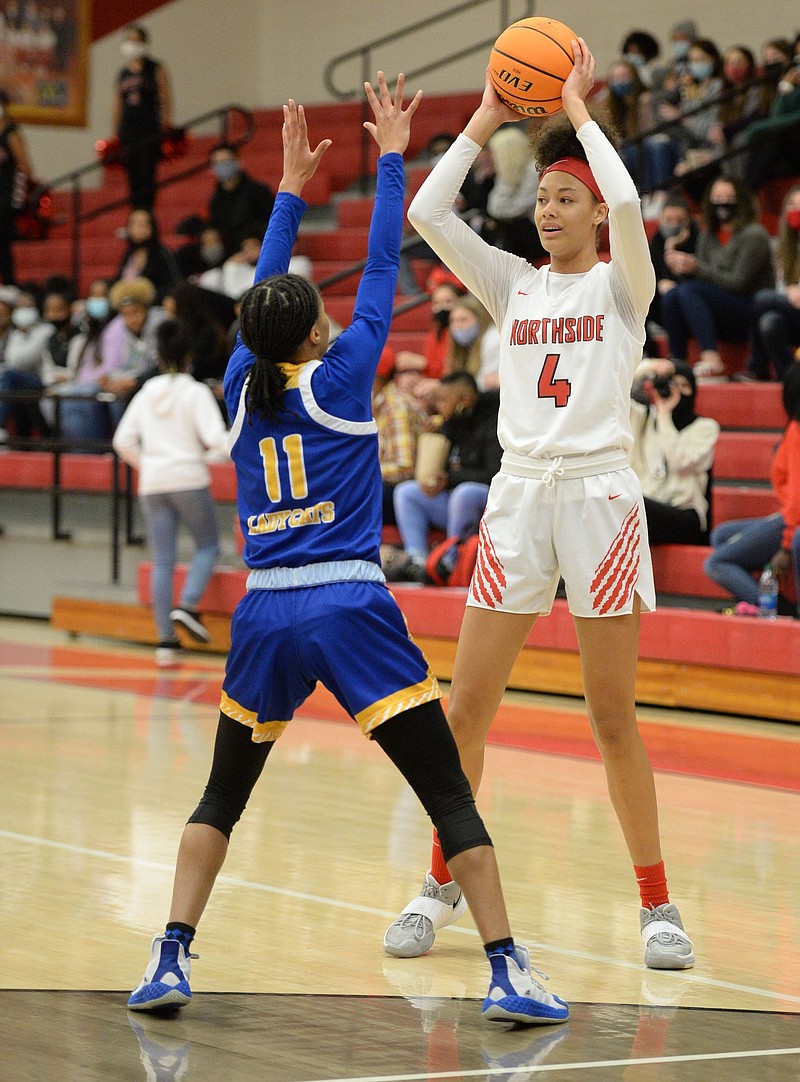 Fort Smith Northside’s Jersey Wolfenbarger, who has committed to play at Arkansas and is a McDonald’s All-American, averaged nearly 19 points, 8.8 rebounds and 3.4 assists this season to lead the Lady Bears to the Class 6A state championship. (NWA Democrat-Gazette/Andy Shupe)

Some players go to extraordinary lengths to improve their game.

Then there's Jersey Wolfenbarger, whose drive to become one of the best to ever lace up a pair of basketball sneakers is a fixation that her high school coach thinks isn't going to wane soon.

"She is absolutely obsessed with the game of basketball," Fort Smith Northside Coach Rickey Smith said. "People talk all the time about some players being gym rats, but her work ethic is second to none.

"It's four hours a day on her own. She's watching video, she goes to physical therapists and she goes to personal trainers. Everything in her revolves around basketball and how she can become a better player."

Wolfenbarger's passion has helped her settle among the upper echelon of all high school players in the country.

The senior guard, whom North Little Rock Coach Daryl Fimple called the "ultimate mismatch" earlier this season, compiled another monster senior season that culminated in another state championship and being named the Arkansas Democrat-Gazette All-Arkansas Preps Girls Player of the Year.

Wolfenbarger, a University of Arkansas commitment and McDonald's All-American, averaged nearly 19 points, 8.8 rebounds and 3.4 assists per game for Northside (26-2), which captured its eighth state title March 19 by beating Fayetteville 52-51 in double overtime in the Class 6A final.

"We were relentless," Wolfenbarger said of Northside's title run this season. "We never stopped pushing and were chasing something greater than ourselves. I think that's kind of what gave this team an identity."

It wasn't hard for the Lady Bears' opponents to identify Wolfenbarger. Whether it was her lengthy frame or puffy ponytail, teams knew the key to slowing down Northside was containing No. 4.

At 6-6, Wolfenbarger can either post up smaller defenders or take them off the dribble with her point guard-like ball handling. She also can knock down three-pointers with consistency.

"The thing that I don't think people have really given her enough credit for is that she went from 5-8 to 6-6 at the highest level in the state of Arkansas while running the guard position," he said. "Anybody that's had children or has a family relative where their kids go through that growth spurt, you know how clumsy they can be, how their joints and body aches. The pain, just from the simple grip of a basketball, can be hard.

"Her hands were small, but now she can palm two men's basketballs. She's gone through all of that while being the target for every team we play. She's gone through a lot, yet still flourished. She just gets it mentally and has that dog in her to where she wants to prove people wrong."

Smith explained how as an infant, Wolfenbarger spent four weeks in the Ronald McDonald House after she was born prematurely. He also admitted to trying to get under her skin to get the best out of her prior to games.

Wolfenbarger said she had plenty of incentive to have a banner season in her final year at Northside.

"There was so much uncertainty with covid," she said. "It was kind of hit and miss for some teams. We were lucky enough not to have a case where our whole team had to shut down. But you never knew if you'd be playing your last game on that day.

"So just that alone forced us to work even harder. There was pressure on us to win before every game, and I think that fueled us to be even better."

She's nowhere near satisfied. In her eyes, there's more work to be done before she suits up for the Razorbacks.

"I'm a very skill-driven person," she said. "So I try to grow my game in many aspects. I think the biggest piece of advice I've gotten from a lot of people as I'm transitioning from high school to college was to just see how good of shape I can get in. That's my biggest focus right now. Well, that and to continue to get better."

None of that surprises Smith.

"After the state championship game, we got back to the school, we put the stuff up and the janitor is cleaning the gym," Smith said. "I told him that I wouldn't lock everything up just yet. He said, 'Why?' And I told him to just trust me.

"Well at about 7 o'clock that night, he sent me a picture and Jersey was in there until 10 by herself. I knew she'd be there."

Wolfenbarger at a glance

NOTEWORTHY Ranked No. 7 nationally in the Class of 2021 by ESPN. … Selected as an All-Arkansas Preps first-teamer twice. … Was named to the Naismith High School All-American first team. … Averaged 15 points per game as a sophomore and more than 18 points as a junior, which was the same year she was named the Arkansas Gatorade Player of the Year. … Hit the game-winning jumper to lift Northside past Bentonville in the 2019 Class 6A state title game. 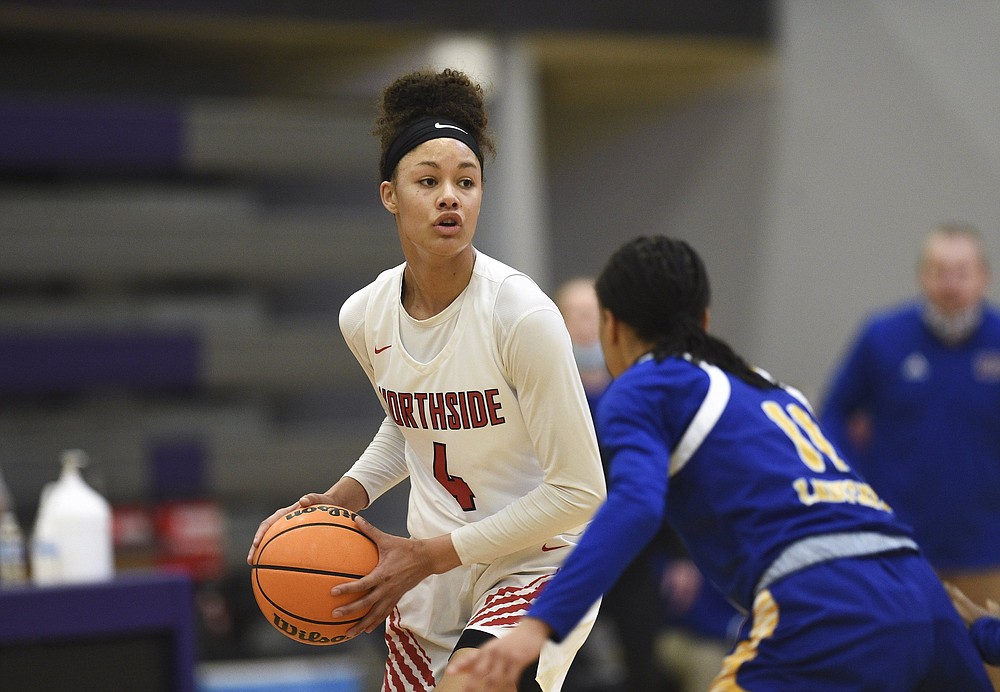