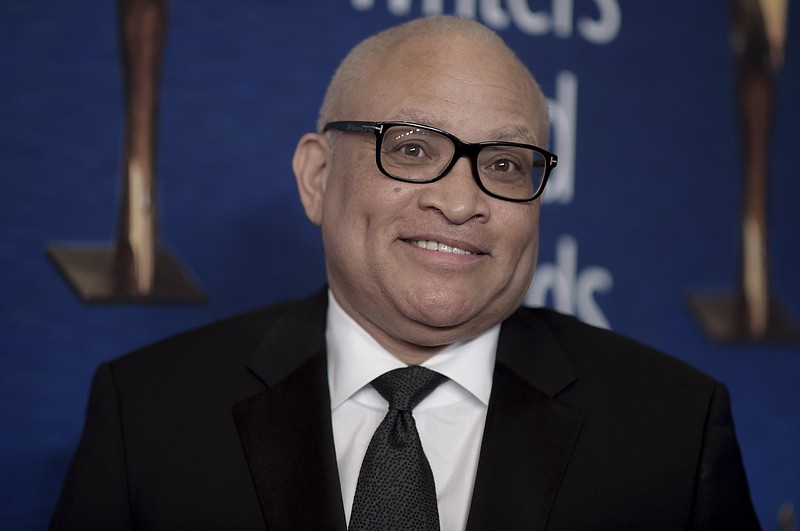 Larry Wilmore attends the 2019 Writers Guild Awards in Beverly Hills, Calif. on Feb. 17, 2019. Wilmore is back on TV and ready to talk politics on his new Peacock streaming show. (Photo by Richard Shotwell/Invision/AP, File)

LOS ANGELES — Larry Wilmore has been down the road as a talk show host before, with a Comedy Central show that was here and gone in two seasons — taking with it his droll and incisive brand of satire.

"Wilmore," his new weekly series for the recently launched Peacock streaming service, came together on the fly but, as he describes it, promises to be a better fit for the writer, performer and producer of shows like "black-ish" and "The Mayor."

The contest between President Donald Trump and former Vice President Joe Biden will loom large on "Wilmore." But the host-producer said the focus will be his and his guests' perspective on events rather than a string of one-liners.

There's more on Wilmore's mind than politics. The onetime "senior Black correspondent" (among other roles) on Jon Stewart's "Daily Show" notes that he was addressing Black Lives Matter on his 2015-16 Comedy Central "Nightly Show."

"Wilmore" itself arose indirectly from a conversation about the police custody death of George Floyd in Minnesota. Wilmore discussed the series in a recent Associated Press interview that was edited for clarity and length.

Q. What's the look of "Wilmore" and what's the format?

A. The stage is very simple. It's really a chair and two big monitors. The show's format is also very simple because it's just not the scale of what a "Daily Show" does, the correspondents and a big set and budget. It's really meant to be more of me hanging out, being with the audience, talking about the election and then talking about the culture with guests who are going to appear (virtually) on our screens. And having some fun with the couple of bits at the end. Hopefully, it will connect.

Q. Who do you see as the right guests to take part in the conversations you want to have?

A. We're looking for all kinds of people. People who are on the front line of protesting. People from the sports world, because I'm a big sports fan. Maybe some pundits, a few politicians. I've always liked people who have something to say, but maybe a lot of people [audience] don't know who they are, those up-and-coming folks.

Q. You said the project came together in a hurry. How so?

A. When the George Floyd thing happened, (Peacock executive) Dan Shear approached me about making some kind of statement if I wanted to. It felt a little out of place and I have my podcast for that, but it led to a conversation about having a regular thing where I'm weighing in on the events of the day, not just the election but the culture, and using the time between now and the election as a framework. We're really going to try to hit certain topics, from voter suppression and disinformation to protests.

Q. When the election is over, can you foresee the direction your show goes?

A. We'll probably do a couple of shows right after the election. And I think we'll probably meet and say, "Hey guys, do we want to keep doing this, does it feel like a series we'd like to continue? And if we do, do we want to build it out a little more?" But these things have a life of their own, too. If it takes off, what are we supposed to do? Let's keep doing it. But if the audience says, "No, Larry, we've heard enough," then it's OK (laughs).

Q. You seem to have such an even-keel attitude. Where does that come from, and how do you maintain it during difficult times?

A. I've learned over the years that the things I'm going to get most upset about should be about things with more importance. For instance, my kids or my family, I'll save the energy for that. Or if it's about underdogs or some cause that I think I could lend my voice to. Television is so ephemeral. Who am I to get upset over losing a show? I'm upset when I see the schools not too far from me that some people have to go to. And how tough it is for families right now. I grew up with a single mom raising six kids, and there were many times we had nothing. I can relate to the struggles of people.