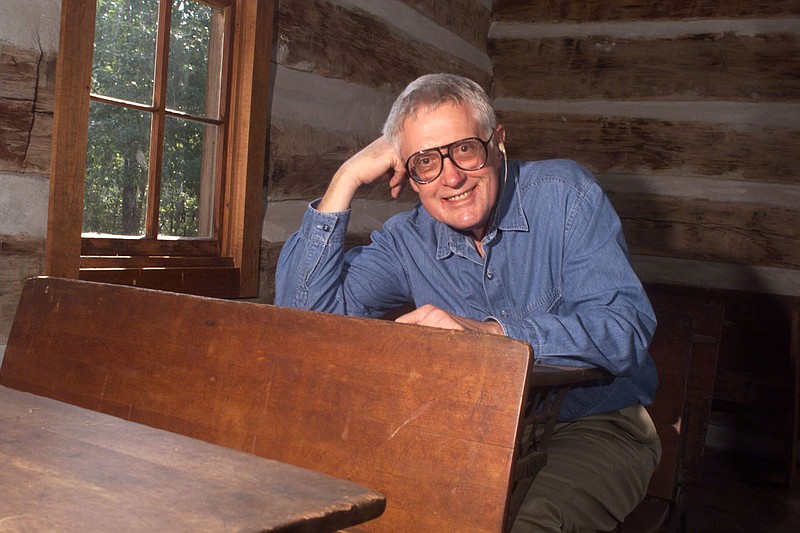 Arkansas Democrat-Gazette/Bob Coleman --This is Donald Harington at a one-room shcool at the Battlefield in Prairie Grove. 9_18_98 This is for Ed Gray/Perspectives

If there's anybody who knows -- and loves -- the Ozark village of Stay More as much as Donald Harington did, it's arguably Brian Walter. Walter has been researching and writing and making films about the beloved Northwest Arkansas novelist and his fictional world for more than two decades and was even inducted into the Stay More "hall of fame" by being added as a character.

But with Harington's voice stilled by death in 2009, Stay More was frozen in time and memory. Until Walter, whose day job is professor of English and director of convocations at St. Louis College of Pharmacy, uncovered a new manuscript just waiting for the light of day.

"In the summer of 2015, I was working in the Harington Archive maintained by the University of Arkansas' Special Collections looking for supplemental visuals to use as I finished editing the second documentary about his life and work," Walter begins the story. "I was also keeping my eyes open for items that might fit well into a follow-up book idea that I had discussed with the University Press.

"That's when I stumbled on this complete typescript of a novel that had to have been written in the 1970s but which neither I nor Don's widow and literary executor, Kim Harington, had ever heard of," he marvels. "I was not surprised to stumble across the original issues of Esquire in which some of his early stories had been published in the late '60s, nor was I surprised to find the stories from the mid-'90s, because Don had referred to all of those -- along with some of his other unpublished novels -- both in our conversations and in the interviews we'd done together. But 'Double Toil and Trouble' was a totally unexpected discovery, a long lost treasure buried in the files of his life.

"The novel 'Double Toil and Trouble' -- or 'DUB,' as I usually shorthand it, following Don's habit of giving his books three-letter nicknames -- adds a whole new chapter to the Stay More saga," Walter says. "Set in about 1920, it builds on the complicated view that all of the Stay More novels take on the Ingledew family -- the 'royal family' of Stay More as Dawny (a fictional version of the author as a child) refers to them. On the one hand, the Ingledews of 'DUB' are delightful in their authentic, deeply rooted rural customs and sensibilities. But on the other, they are keenly, fallibly human in their distrustfulness, their anger and their willingness to threaten or resort to violence to protect what they see as their own.

"When Don wrote 'DUB' in early 1973," Walter goes on to explain, "he was already working on the history of the Ingledew family in what would become the 'Bible of Stay More,' his 1975 novel, 'The Architecture of the Arkansas Ozarks,' so this portrait of the third generation of Ingledews in Stay More both springs from and adds considerable detail to the history that 'Architecture' covers."

Walter adds that the two stories from the 1960s "precede his creation of Stay More and don't contribute anything directly to its history, but they do share some telling themes with the later novels that I try to explain (without giving any spoilers away) in the introduction. The two stories from the '90s are vintage Stay More yarns that re-create the lovingly lived-in world of the Ozark town that he worked so long and joyfully to conjure for his readers; those later stories also offer their own variations on the enduring themes of the Stay More novels: love of storytelling, love of nature and the world, and love of love."

Walter says the original plan "was to group this short novel and the stories together with the 'nonfiction' -- a word that should always carry quotation marks when talking about Don's work -- in 'The Guestroom Novelist' (2019). But putting them together produced a manuscript almost 600 pages long, which makes for a pretty ponderous book just to pick up, much less to read, so we pretty quickly agreed just to split the fiction off into its own volume." But readers also get a collection of Harington's correspondence that was discovered in the search to date "DUB."

"Because there was no date on the typescript of 'DUB,' I had to go through a lot of Don's correspondence in the Special Collections archive to try to figure out when he wrote it," Walter says. "Don was very much his own literary curator throughout his life, diligently collecting his letters and organizing them by correspondent and by date. In the course of this research, I was able to piece together the curious and entertaining backstory of this novel's rather improbable existence, so I wanted to share that story with his readers. It's an intensely Haringtonian scenario of an artist surprising himself by pouring creative love into a publisher's odd and frankly rather impertinent suggestion only to have that love finally left unrequited by publication. So the appendix encapsulates many of the themes of inspiration, vulnerability and artistically generous disappointment that characterize both his novels and his life story as Don tells it in the documentaries and in 'The Guestroom Novelist.'"

Walter says the correspondence includes "many illuminating, often scathing, and often quite funny references to writers whom Don and his editor considered important influences on (or rivals to) his work in the early '70s."

"But what I most love about the correspondence is the way it emphasizes the deeply personal relationships that Don developed around his fiction. Even though everything he says is pressured by his desire for literary fame and financial success, you can't help seeing how eagerly he connected on a personal level with his editor and his publisher even when they were just discussing business matters. In the preface to the appendix, I refer to him as 'this most incorrigibly personal of writers,' because all of his letters -- just like all of his novels -- were, in one way or another, love letters, sprung from an almost desperate desire for deep and lasting personal connection. Even when he's joking or angry or depressed in these letters, that vital wellspring of love and delight that sources all of his writing bubbles through." 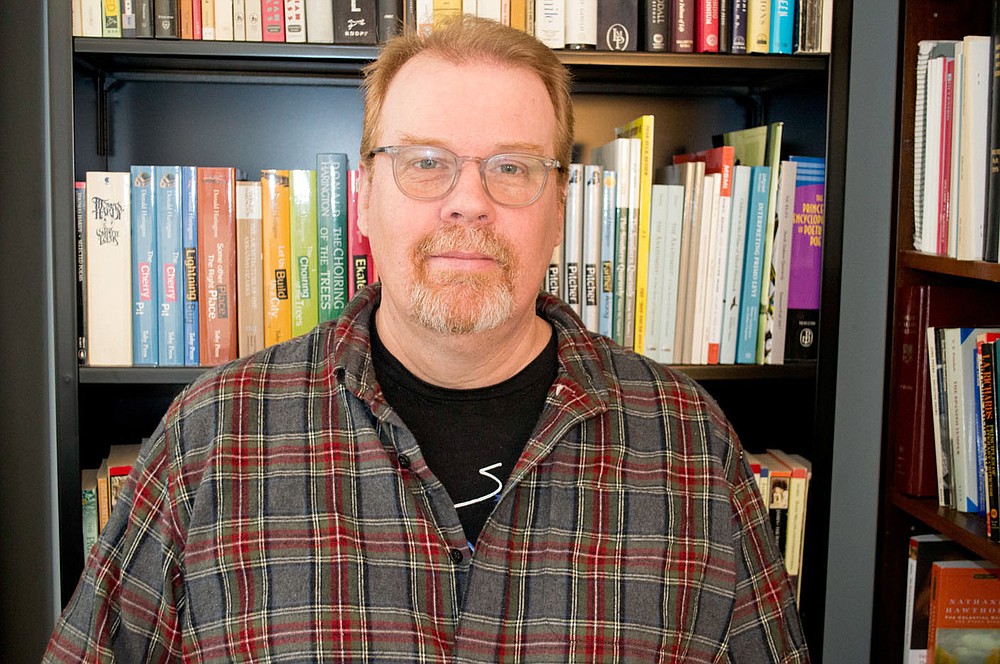 "I’ve always thought of Don’s work as a gift both to the reader and to the world he loved so much and in so many complicated, artful, and inspiring ways," says Brian Walter, editor of the posthumous Donald Harington release, "Double Toil and Trouble." "In this case, I get to play the lucky Santa Claus who delivers this unexpected gift." (Courtesy Photo) 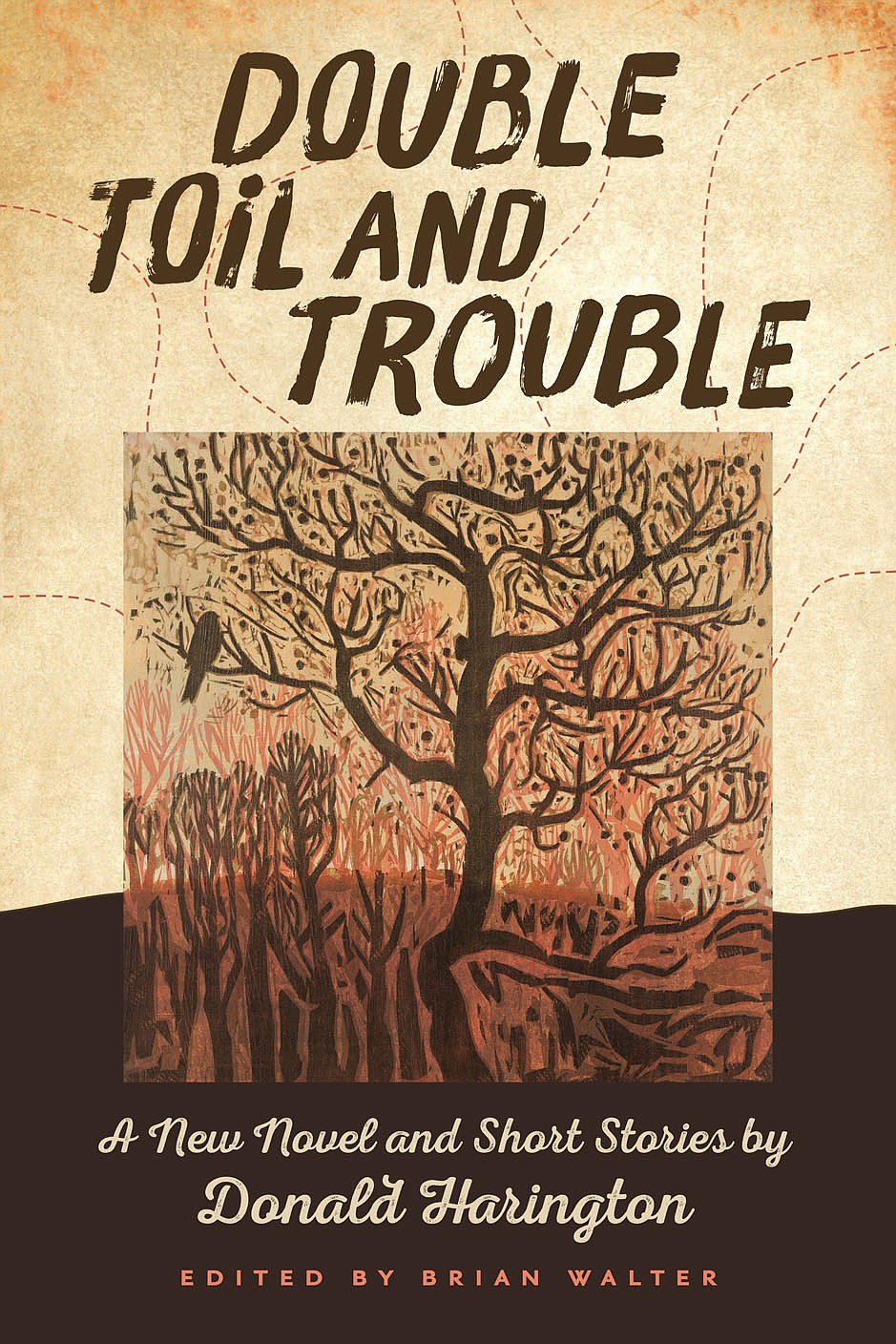 FYI ‘Double Toil and Trouble’ Available at $22.46 from the University of Arkansas Press at www.uapress.com. The University of Arkansas’ Osher Lifelong Learning Institute has invited editor Brian Walter to do a pair of online events this fall: a talk for the OLLI book club about "DUB" on Nov. 19 and a 90-minute short course on Dec. 1 called “Staying More: New Work by Donald Harington.” Find out more at https://olli.uark.edu/ 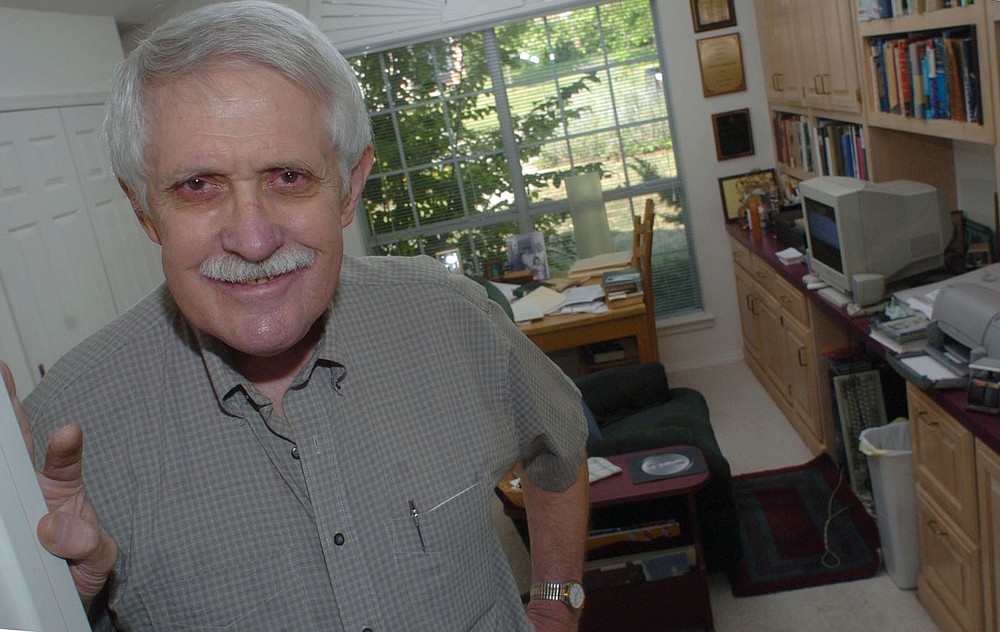 Arkansas Democrat-Gazette/KAREN VANDONGE Donald Harington at the door to his study in his Fayetteville home. 8/26/05
More News

Available at $22.46 from the University of Arkansas Press at www.uapress.com.

The University of Arkansas’ Osher Lifelong Learning Institute has invited editor Brian Walter to do a pair of online events this fall: a talk for the OLLI book club about “DUB” on Nov. 19 and a 90-minute short course on Dec. 1 called “Staying More: New Work by Donald Harington.” Find out more at https://olli.uark.edu/