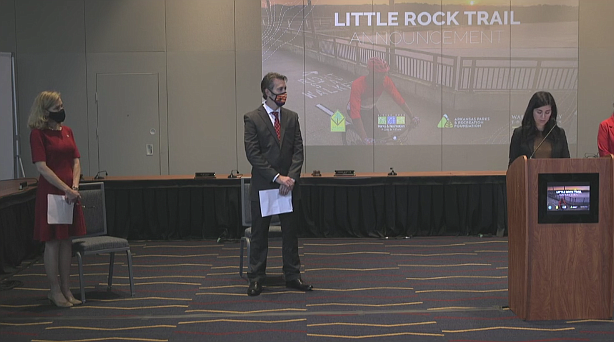 The Walton Family Foundation is contributing $600,000 to the project, which will include trails of all levels as well as a “bike park” for new cyclists to practice their skills.

The city is covering $400,000 of the cost and has been working on the project since spring 2018, Parks and Recreation Department Director John Eckart said.

Cyclists will be able to connect to 14 miles of new mountain bike trails at Pinnacle Mountain State Park, which opened in late September and are part of the Arkansas Parks & Recreation Foundation’s Monument Trails Program.

Construction in the park is set to begin in December, and the trails are expected to open in May, according to Eckart.