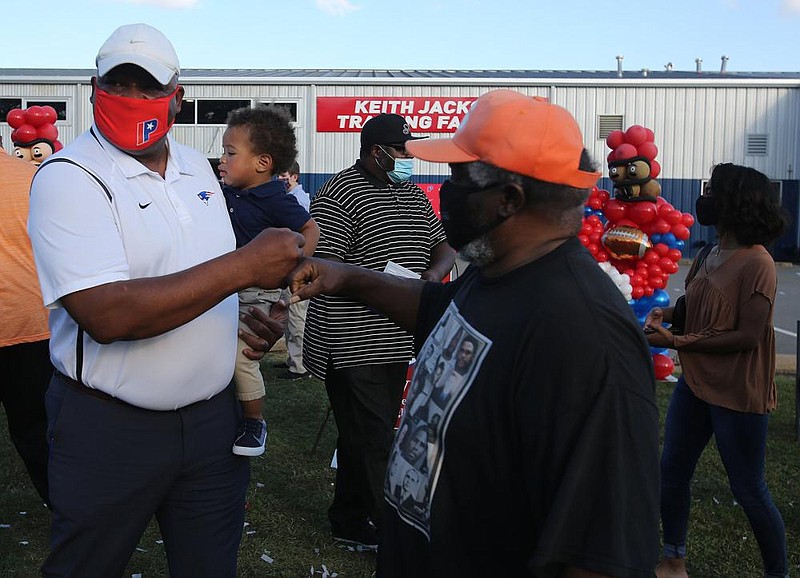 Keith Jackson couldn't help but notice that like one of his former coaches at Little Rock Parkview, he was going to have his name on a building as well.

"I wish Coach [Charles] Ripley was here," said Jackson, referencing the legendary Parkview boys basketball coach who died in June at the age of 74. "Coach Charles Ripley. Just think about it. To have my name on the same campus as a man that I loved like a father is incredible.

"So, you can walk from Rip Arena [Charles Ripley Arena] and walk over to Keith Jackson Training Facility. That to me is awesome. For him to be here today would've been really special."

Jackson, 55, who was a Parade All-American tight end at Parkview in 1983 and is a College Football Hall of Fame inductee, was honored Thursday as the football program's athletic facility was named after him.

"This is awesome," said Jackson, who competed in football, basketball and track and field at Parkview. "I think it's a culmination of being an athlete and all the work we do in the community. I say we because as my name goes up on the building, there were great former players and great coaches. My [Positive Atmosphere Reaches Kids] staff and board members are incredible. I think this is a great day. They celebrate with me, but I celebrate because they had a part in getting me here."

John Kelley, who coached Jackson at Parkview in 1981-83, paid tribute to Jackson during the ceremony.

"Once in a lifetime as a coach, a group of special players will come to your place," Kelley said. "That's what happened when Keith Jackson came to Parkview in 1981."

Inside the facility, which cost more than $300,000 to renovate, includes a turf area which is surrounded by player lockers and a new weight room.

Favre and Jackson won a Super Bowl together with the Green Bay Packers in 1996, which was Jackson's final NFL season.

"Hey Keith, it's your old quarterback, Brett Favre," Favre said. "I hope you remember me. Man, what an honor and so well-deserved to have a training facility at Parkview High School in Arkansas named after you. I know you're extremely proud. I had the honor of playing with you in our glory days.

Marino was Jackson's quarterback in Miami in 1992-94 and honored his former tight end.

"It couldn't happen to a better guy," Marino said. "A great friend, a great teammate and a guy who could always go get the ball for me. I appreciated that. You deserve it. Congratulations on getting the facility named after you."

Switzer, a Crossett native and former Arkansas player and coach, coached Jackson at Oklahoma in 1984-87.

"I am so fortunate to have been from Arkansas and to see six decades of football being played in the state of Arkansas," Switzer said. "Without a doubt, this is one of the greatest players to ever come out of 60 years that I recruited Arkansas and played football in Arkansas."

When asked about Marino and Favre speaking, Jackson joked that it helped that he was good friends with his quarterbacks, since he was a receiver and wanted the football.

The ceremony was not open to the public because of covid-19 guidelines. Jackson was joined by his family, including wife Melanie and two of his sons, Keith Jr., and Koilan, as well as several close friends, former coaches and teammates.

After retiring from the NFL, Jackson focused on helping young people, starting P.A.R.K., a non-profit organization and outreach program for inner-city youth in Little Rock.

The impact Jackson has made not only on the athletic world but his hometown was not lost on Parkview football Coach Brad Bolding.

"When they realize what all that guy has accomplished in that time period in high school, the NFL and then what he's done since he's back with P.A.R.K, it might be bigger than what he did with the game of football," Bolding said. "Our players see that and it gives them a lot of inspiration." 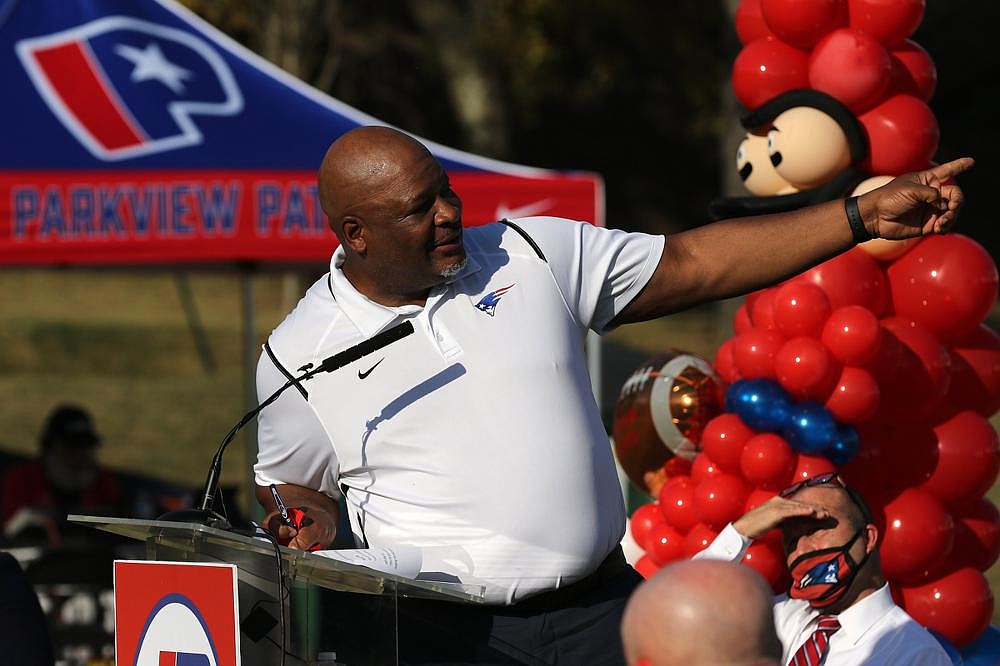 Former NFL standout Keith Jackson, who was a Parade All-American tight end at Little Rock Parkview in 1983 and is a College Football Hall of Fame inductee, speaks during a fieldhouse dedication ceremony in his honor Thursday at Parkview. More photos at arkansasonline.com/1023jackson/ (ArkansasDemocrat-Gazette/Thomas Metthe) 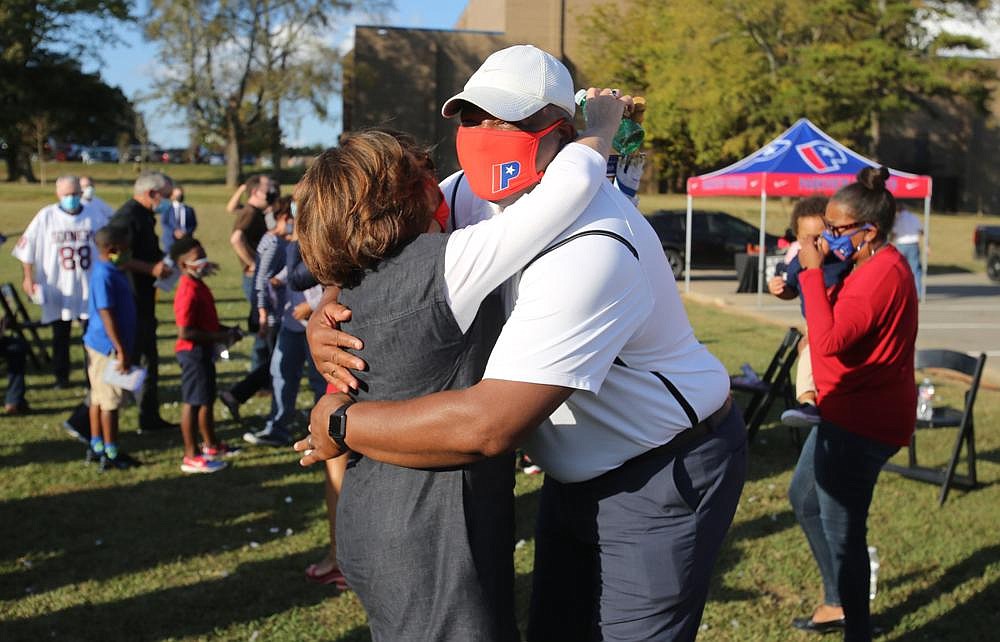