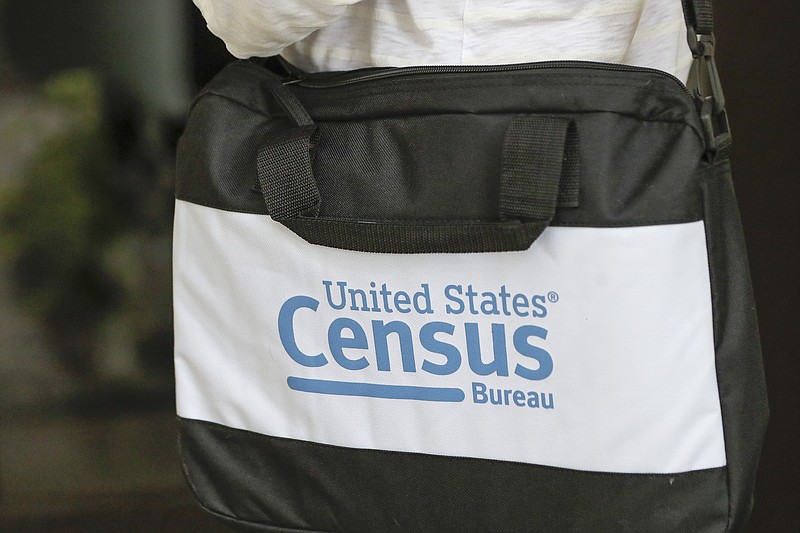 A briefcase of a census taker is seen as she knocks on the door of a residence Tuesday, Aug. 11, 2020, in Winter Park, Fla. A half-million census takers head out en mass this week to knock on the doors of households that haven't yet responded to the 2020 census. (AP Photo/John Raoux)

Arkansas is one of 12 states plus Puerto Rico reporting 99.9% of households have been counted so far for the 2020 census, according to new data from the U.S. Census Bureau. No states or territories had reported a higher percent counted as of Wednesday.

Of the entire country, 98.9% of households have been counted, the agency reports.

States with the lowest percentage counted include Alabama with 94.9%, Louisiana with 95.8% and Mississippi with 96.4%.