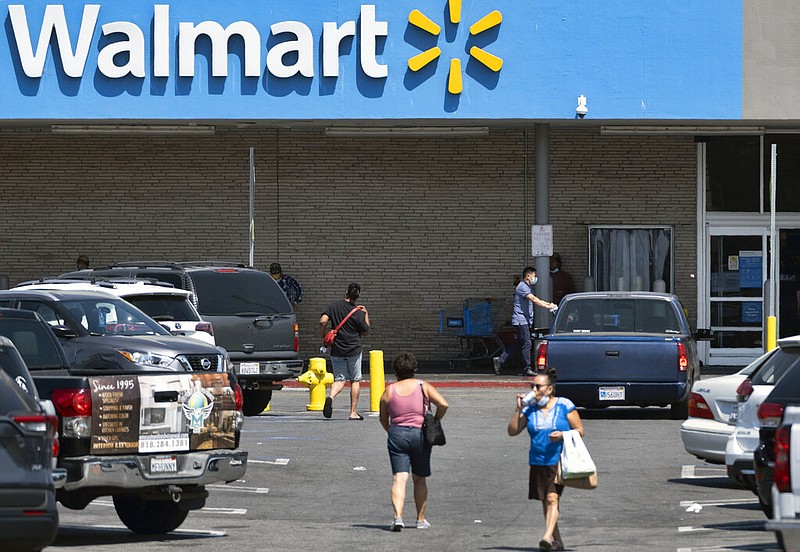 Walmart Inc. and its Sam’s Club warehouse unit are among the pharmacies authorized to provide covid-19 immunizations when a vaccine becomes available.

The Bentonville-based retailer is on a list of participating pharmacies the U.S. Department of Health and Human Services released last week. In all, 19 chain and community pharmacy networks had signed up for the federal program as of Nov. 6, including Walgreens, CVS Pharmacy Inc., The Kroger Co., Cost-co and Albertson’s.

Health and Human Services Secretary Alex Azar said in the news release that the agency is using the private-sector infrastructure to get vaccines into communities as quickly as possible and with no out-of-pocket costs.

“The vast majority of Americans live within 5 miles of a pharmacy,” Azar said, “and our new agreement with pharmacy providers across America is a critical step toward making sure all Americans have access to safe and effective covid-19 vaccines when they are available.”

No covid-19 vaccines have yet been approved by the Food and Drug Administration.

Big River Steel announced Wednesday it has completed a $716 million expansion ahead of schedule as the manufacturer doubles capacity for its scrap metal recycling and flat-rolled steel products.

“When describing the success of our phase two construction efforts, I am extremely proud to be able to use my five favorite words: ‘ahead of schedule’ and ‘under budget,’” Chief Executive Officer Dave Stickler announced in a news release.

With the expansion, the Mississippi County steel producer said its annual production will reach 3.3 million tons.

Construction was originally estimated to be completed in January 2021.

The company’s flex mill is the only LEED certified steel production facility in the world. A Leadership in Energy and Environmental Design designation is given to facilities committed to sustainability efforts.

The Arkansas Index, a price-weighted index that tracks the largest public companies based in the state, closed Wednesday at 462.40, down 7.92.

The index was developed by Bloomberg News and the Democrat-Gazette with a base value of 100 as of Dec. 30, 1997.