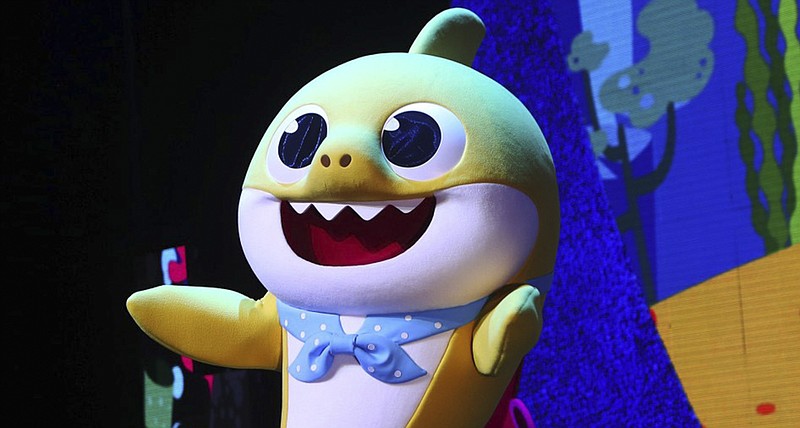 Baby Shark dances on stage in Long Beach at the Terrace Theater during a performance of "Baby Shark Live." (TNS/Los Angeles Times/Dania Maxwell)

"Baby Shark" just swam away with a tasty YouTube record, making chum of Luis Fonsi's 2017 hit "Despacito" as the platform's most-viewed video of all time. No doubt thanks to little sharks who repeatedly demand viewing of the colorful, choreographed hit.

The arm-clapping South Korean children's tune about a family of sharks — doo doo doo doo doo doo — surpassed the Latin dance track, outpacing a record that "Despacito" initially set in August 2017 with 3 billion views. As of Nov. 2, the ubiquitous "Baby Shark" had reeled in 7.044 billion views on the platform since it was uploaded in June 2016. "Despacito," which features Daddy Yankee, hooked 7.038 billion since its January 2017 upload date, according to figures on each of the videos' YouTube pages.

"Without the love and support of fans around the world, Baby Shark's new record would have been impossible," said Min Seok Kim, chief executive of Pinkfong parent company SmartStudy in a statement to Billboard. "We're very honored by this record and will continue to focus on delivering high-quality entertainment beyond the digital platforms."

The reach of the two-minute "Baby Shark" song has far surpassed its simple earworm potential, spawning a merchandising empire, a Nickelodeon TV series and a live touring show. During the covid-19 pandemic, Pinkfong has tried to replicate — or capitalize — on that success with a "Baby Shark" remix about handwashing.