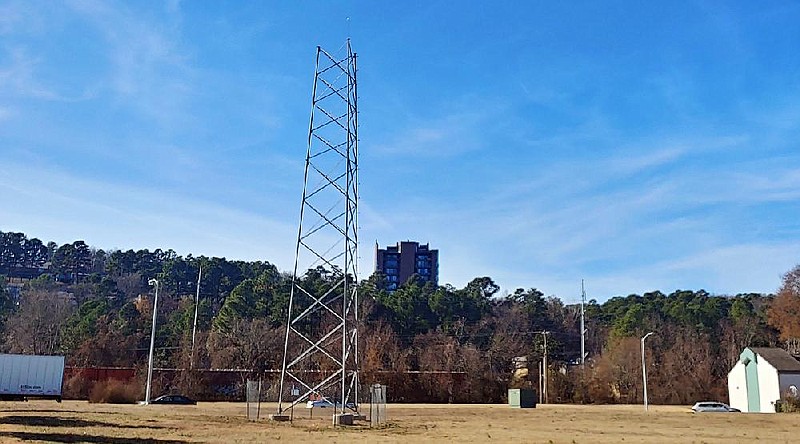 It's not hyperbole -- the Natural State really was bombarded with tens of thousands of election-related ads in 2020.

Campaigns flooded Arkansas with at least $18 million in political advertising this year, according to Advertising Analytics, a Virginia-based company that tracks campaign spending.

The revenue is helping the state's 21 commercial television and 242 commercial radio stations weather the toughest business climate anyone can remember, an Arkansas Broadcasters Association official said.

The economic shock triggered by covid-19 restrictions was enormous. Radio was hit especially hard, he said.

"The first couple of months, we were looking at revenue declines of 40%," Story said. "This year, in particular, political advertising was viewed, almost, as a saving grace."

In Arkansas, $13 million was earmarked for broadcast television and cable commercials, while $1 million was set aside for radio spots. Digital advertisers, such as Facebook and Google, raked in about $4.4 million, according to Ben Taber, Advertising Analytics' account manager.

This is money that specifically targeted Arkansans, Taber said. It doesn't include national ad purchases.

Most of the money -- roughly $7 million -- was spent on television advertising, he said.

"That translates into 32 unique television ads that aired about 13,500 times," he said.

The Elliott campaign spent about $1.8 million on television advertising, enough to buy about 4,000 ads; the Hill campaign ran about 2,600 spots at the cost of $1.1 million, Advertising Analytics estimated.

Roughly half of the ads were purchased by outside groups. The pro-Republican Congressional Leadership Fund ran roughly 2,000 commercials at a cost of just over $1 million, Taber said. The Democrat-aligned House Majority Fund spent roughly the same amount, enough to place roughly 1,500 ads. Another group, the Democratic Congressional Campaign Committee, spent just under $1 million to buy another 1,000 or so ads, he added.

Despite being outspent on the airwaves, Hill beat Elliott, 55.65% to 44.35%, according to unofficial results.

The Little Rock-Pine Bluff media market, with 472,560 television homes, is the 62nd-largest in the country, according to the Nielsen Co., a global marketing and research firm.

Ad rates here are a fraction of what they'd be in some of the nation's major metropolitan areas, Taber noted.

"It's relatively a cheaper market," he said. "Eight million dollars is a pretty good amount for a House race, in general, but it definitely gets you pretty far in Little Rock."

Presidential campaigns paid roughly $7 million for Arkansas advertising, with most of it running prior to Arkansas' March 3 primaries, Taber said.

Former New York City Mayor Michael Bloomberg spent $4 million -- more than all the other candidates combined. After blanketing the airwaves, he obtained 38,312 votes in Arkansas' Democratic presidential primary -- roughly one vote for every $100 of advertising. He finished third, with 16.7%.

Other than digital advertising, which can generate donations, there was little incentive for either President Donald Trump or Democrat Joe Biden to spend money in Arkansas, he said.

"You pretty much know how Arkansas and California and New York are voting going in, so you don't really waste your TV resources there," he said.

The money was routed to battleground states instead, he added.

"There is a persuasive effect, but it's pretty small," he said Wednesday.

Ads tend to be more effective for candidates in down-ballot races, he said.

"I don't think it's crazy at all that candidates spend lots of money on [ads] because, in a close election, that really can be the difference," he said.

Competitive races were scarce in Arkansas this cycle.

Other than Hill, none of the members of the state congressional delegation faced well-financed foes this year.

Rather than depleting their campaign war chests, the incumbents kept large amounts in reserves.

His opponent, Libertarian Ricky Dale Harrington of Pine Bluff, spent around $24,000, he said.

Minor ad purchases can sometimes be overlooked, Taber said, particularly when they're not with major broadcasting or digital outlets.

In the Third District, Democrat Celeste Williams of Bella Vista spent at least $50,000, while incumbent Republican U.S. Rep. Steve Womack of Rogers spent at least $16,000, most of it on cable outlets, Taber said.

In all three races, the incumbents triumphed.