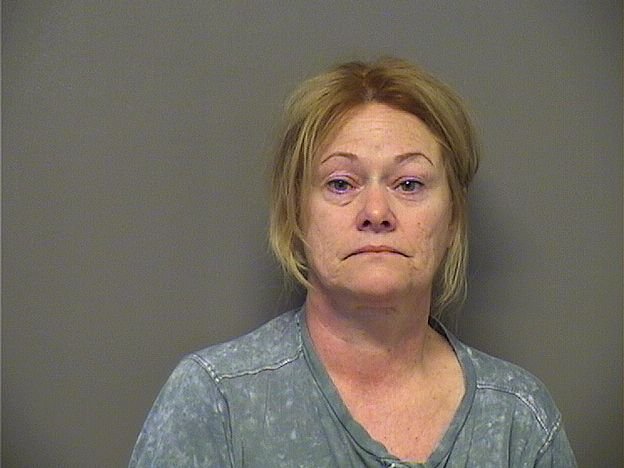 HOT SPRINGS -- A woman was arrested in connection with felony battery Monday morning after police said she threw a television at her 74-year-old mother, injuring her leg.

Julie Carol Pierce, 51, of 125 Flint St., was taken into custody at her home shortly after 11:30 a.m. and charged with second-degree domestic battery, punishable by up to 10 years in prison.

Pierce, who has no prior felony history, remained in custody on zero bond.

According to the probable cause affidavit, shortly before 11 a.m. Monday, Hot Springs police went to the Flint Street home regarding a disturbance and upon arrival spoke to the victim and Pierce.

Officers said the older woman had an injury to her left leg that was bleeding.

Both Pierce and the woman said they had been arguing about Pierce needing money. Her mother denied Pierce the money and Pierce reportedly became "very irate" and began breaking items in the house.

At one point, Pierce allegedly grabbed the living room television and threw it at her mother, hitting her leg and causing the injury. At that time, the mother called police for help.

While officers were speaking to Pierce, she admitted to throwing the television and was taken into custody. Battery is classified as a class C felony if the victim is older than 60.