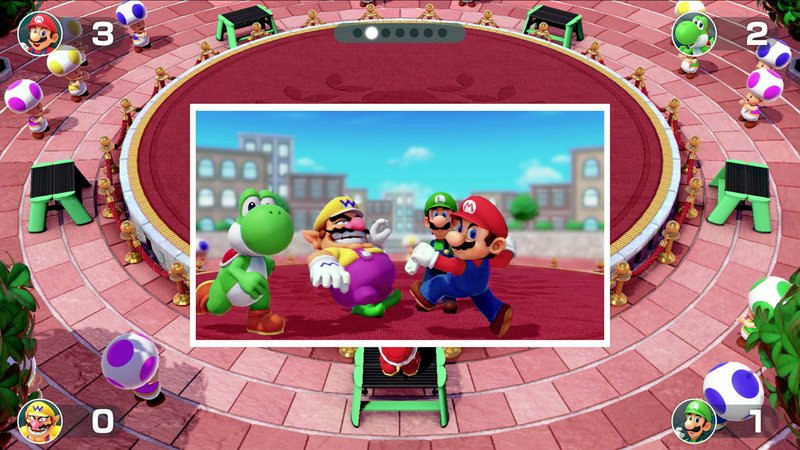 The Super Mario series is 35 years old, and reported rumors strongly suggest that Nintendo will be remastering the franchise's greatest 3-D outings for the Nintendo Switch.

In case you've just come out of a warp pipe after 35 years, Mario is THE video game character. The first "Super Mario Bros." in 1985 essentially rescued the video game industry. Having appeared in more than 200 titles, Mario fronts the best-selling video game franchise of all time with 600 million sold since his first appearance in 1981′s "Donkey Kong." Mario games either invent or elevate entire genres, like "Super Mario Kart" starting the battle kart trend, or "Super Smash Bros." inventing the party fighter.

With 19 different titles across the "main" series of Super Mario games, each title hits different for different people. An objective ranking of core Mario titles is impossible; still, we'll try our best. Even the worst Mario game is usually just fine.

The first GameCube Mario was also Mario's grand return to 3-D adventuring, after "Super Mario 64" blew the doors open for the genre. As a result, "Super Mario Sunshine" enhanced Mario's core abilities of jumping. It dared to redefine what regular Mario felt like. They never quite figured out the appropriate amount of challenge to fit with Mario's newfound freedom to fly and hover, but that shouldn't take away from the fact that this is probably still the most fun version of Mario to control.

The Wii U console's "big idea" was using a separate tablet as a controller, so "Mario U" allowed a fifth player to create platforms to either hinder or help the other four players. It's more chaos for chaos' sake, and it was fun, despite the tablet's eventual failure as a living room device.

It's not true that you'll never need another 2-D Mario game after "Super Mario Maker." You can't really re-create the thoughtful pacing other games on this list provide. But it's almost true, which is enough to make "Super Mario Maker 1" a must-own for any Mario fan.

Level for level, this is probably better than the first "Galaxy." Every new level felt like an introduction to an amazing new game. It's incredible that the only true consecutive sequel to a console Mario game never once felt like it was running out of new level ideas.

This game is the promise of "Super Mario 64" finally fulfilled: Open worlds with secrets and stars to find, Mario with the same robust acrobatics he had in 1996, and a camera that you can finally fully control. Moreover, almost every enemy is itself a power-up, giving Mario more abilities than ever before.

This is probably history's most important video game. It rescued the entire industry from the infamous 1983 market crash. It gave rise to two decades of Japanese dominance in video games. Beyond that, it also introduced new possibilities of narrative and game design. It's why the first Super Mario Bros. remains a timeless classic.

This is the "link to the past" of Mario games, the one that defined the series for years to come. It is the creative apex of the 8-bit Nintendo era. If "Mario" was the games industry's savior, "Super Mario 3" is the one that made him take flight (literally) as an indelible cultural icon.

The current history of video games can be split between an age before and after "Super Mario 64." In the '90s, video games were growing to three dimensions, and characters and cameras thrashed and flailed around as developers struggled to depict how to move in this new space. Once again, Mario showed everyone how it's done in a single try.

This is truly the only 2-D Mario game anyone really needs.

Picking between "Super Mario Bros. 3" and "World" as the best 2-D Mario game is a harrowing exercise, and there's likely no right answer. For this list, "World" gets the win because it was the first game to make us feel like we were visiting uncharted territory.

It's the most thematically cohesive title in a list full of incredible games. It was a game so good, Nintendo took the very rare, remarkable step of repeating it with "Super Mario Galaxy 2." "Super Mario Galaxy" reminds us that the unknown can still lead to adventure and wonder.