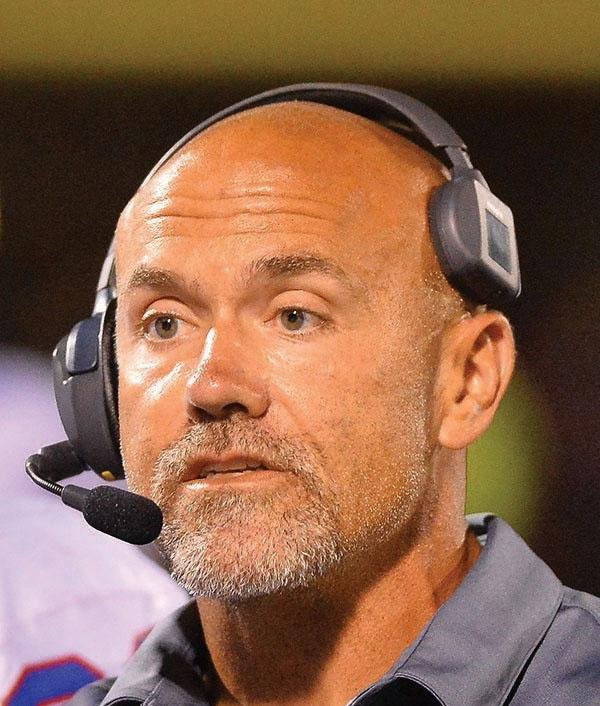 North Little Rock will attempt to continue its successful run in Class 7A with one of the top football coaches in the state over the past decade.

J.R. Eldridge, who won consecutive Class 4A state championships at Arkadelphia in 2017 and 2018, was hired Monday night as the new North Little Rock football coach.

The North Little Rock school board voted 6-1 in favor of hiring Eldridge during its monthly meeting, which was held via the website Zoom because of the coronavirus pandemic.

North Little Rock has played in the Class 7A state championship game four years in a row, and defeated Bentonville in 2017 for the school's first title since 1972.

Eldridge, 42, is looking forward to coaching in the state's highest classification.

"I'm really excited," he said. "I'm excited for this challenge, as well as my family.

"I'm looking forward to making a positive difference in young men's lives in a different area code. That's what our profession is about, and it's also about winning games. That's what my purpose is as a coach."

Eldridge's first day with North Little Rock is set for Wednesday, he said.

Last season, North Little Rock finished 8-5, losing to Bryant for the second consecutive season in the Class 7A state championship game. Mitchell announced he was leaving Jan. 30 and was hired by Shades Valley High School in Irondale, Ala., on Feb. 27.

Eldridge, a Fayetteville native, acknowledged North Little Rock's success, but he plans to put his own stamp on the program.

"Coach Mitchell did an excellent job at North Little Rock," Eldridge said. "I can't say enough good things about him. I remember when they went to their first title game in 2016. Then, to go again the next three years, that's a big-time accomplishment. It says a lot about the job he did.

"I'll be coming into a place that is more settled. But I'm not coach Mitchell. I'm J.R. Eldridge. I'll do the things that I've been taught to make a difference in young men's lives."

Eldridge led the Badgers to two Class 4A state championship victories over Warren and Joe T. Robinson in 2017 and 2018, respectively. He was the Arkansas Democrat-Gazette's All-Arkansas Preps football coach of the year in 2018.

North Little Rock Superintendent Bobby Acklin recommended Eldridge after conducting interviews with 10 candidates on March 12. The next day, the North Little Rock School District was shut down because of the pandemic.

Arkadelphia was 35-8 over the past three seasons, including a 14-1 record in 2017 that lead to the school's first state title since 1987 under the late John Outlaw.

Arkadelphia started 0-5 in 2018, then won its final 10 games to win a second consecutive Class 4A state title, defeating 7-4A rival Joe T. Robinson.

Last season, the Badgers went 11-2 and earned a share of the 7-4A Conference title with Robinson and Nashville. Their two losses were to Nashville at home and at Crossett in the Class 4A quarterfinals.

Arkadelphia has been home for Eldridge not only on the high school level but also on the collegiate level. He was an assistant coach at Ouachita Baptist University, his alma mater, for 10 seasons before Arkadelphia hired him in 2011.

"It's just a really special place," Eldridge said. "I'm so thankful to everybody in Arkadelphia from the coaches, the players and the community. They poured their heart into the football program."

Four of the past five Class 4A state champions came from the 7-4A Conference -- Nashville in 2015, Arkadelphia in 2017 and 2018, and Robinson in 2019. Eldridge said the conference has prepared him for the 7A-Central, which includes two-time defending Class 7A state champion Bryant, Cabot, Conway, Fort Smith Northside, Little Rock Central, Little Rock Catholic and the new Little Rock Southwest.

"In the 4A, you don't have as many players on your team," Eldridge said. "But as far as competition goes in the 7-4A and in the playoffs, you had to be ready every single week.