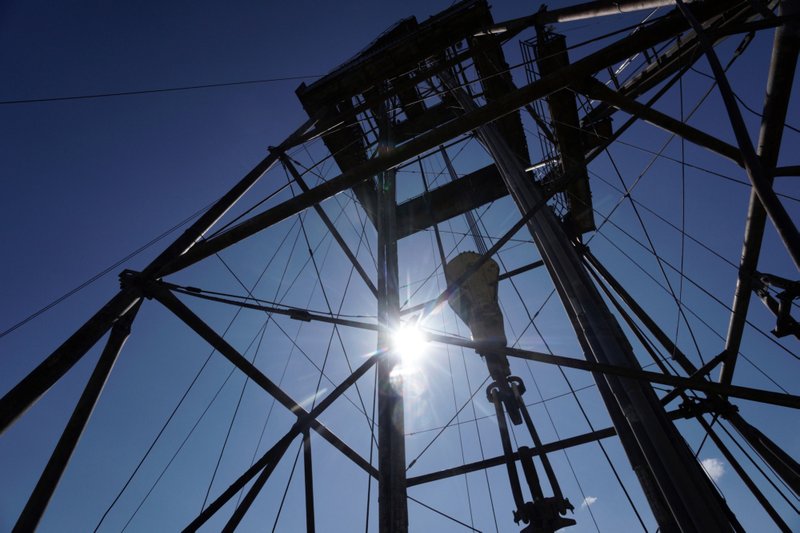 Oil deepened losses as a U.S. government plan to buy oil for its emergency reserve fell through, adding to worries over demand destruction from the coronavirus and a looming global supply glut.

Futures in New York fell 5.35% Thursday after the planned U.S. purchases were rescinded over uncertainty for funding from Congress. The reversal arises as investors grapple with weakness across physical crude markets. There's also growing worry of crippled demand because of the the pandemic, with Goldman Sachs warning consumption would decline by almost 19 million barrels a day next month.

Falling crude prices were undeterred by the U.S. Senate approving a $2 trillion stimulus plan after days of intense negotiations. The House is under pressure to pass the bill quickly and send it to President Donald Trump for his signature as signs of weakness in the economy mount with American jobless claims surging to a record 3.28 million last week.

The White House is urging Saudi Arabia to dial back its plan to flood the crude market. Still, any agreement to curtail supply among producers will be too little and too late in the face of an unprecedented shock for the world's oil refining system, Goldman said.

Refineries in India -- the world's third-largest crude importer -- are preparing to slash processing rates by as much as half, according to estimates from one of the country's biggest Middle Eastern suppliers.

"We expect crude demand to now start declining, following products demand on its downwards path, and this is what will fundamentally drive prices lower," said Per Magnus Nysveen, head of analysis at Rystad Energy AS.

Some producers are already showing the signs of strain though. Brazil's Petrobras said it will cut production by 100,000 barrels a day through the end of the month as a result of falling demand. A handful of operators in Canada have already succumbed to the lower price environment and reduced output.

Work in U.S. oil fields has plunged to the lowest in at least four years, according to the Federal Reserve Bank of Dallas.

The world is awash in crude oil, and is slowly running out of places to put it.

Huge, round storage tanks in places like Trieste, Italy, and the United Arab Emirates are filling up. More than 80 huge tankers, each holding up to 80 million gallons, are anchored off Texas, Scotland and elsewhere, with no particular place to go.

Prices have plummeted since Saudi Arabia, the world's largest producer, became embroiled in a price war with rival Russia.

Now, the coronavirus pandemic has strangled the world's economies, silenced factories and grounded airlines, cutting the need for fuel.

"For the first time in history we are seeing the likelihood that the market will test storage capacity limits within the near future," said Antoine Halff, a founding partner of Kayrros, a market research firm. As storage space becomes harder to find, the prices, which have already fallen more than half this year, could drop even further. And companies could be forced to shut off their wells.

The first major downturn in demand occurred in February when China, the world's largest energy consumer, shut down much of its economy in an effort to stabilize the spread of the coronavirus. Now, the slowdown is rolling across the world, with much of Europe and major parts of the United States in lockdown.

Information for this article was contributed by Ann Koh, Alex Longley and Jackie Davalos of Bloomberg News and by Stanley Reed of The New York Times.