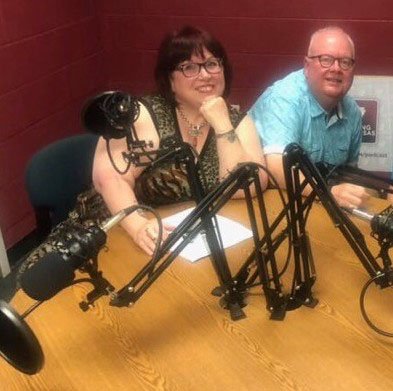 Sam Dingman loves to tell stories, probably as much as he loves hearing them. He has spent the better part of his young life telling tales, helping people tell theirs or taking in stories that fascinate him. Dingman has been known to put himself into situations where stories are easy to come by.

A 2004 graduate of Pennsylvania's Swarthmore College, where he dabbled in stand-up comedy, Dingman worked briefly as a bellman at a Manhattan hotel and as a taxi driver before landing in the tech world after realizing that a career in comedy was not a consistent way to make a living.

He worked for music streamer LimeWire and then Google before joining New York radio station WNYC as a producer and host. From there he ended up with Panapoly, the now-defunct podcasting platform.

Somewhere in the midst of all that, Dingman found time to become a part of storytelling nonprofit The Moth, becoming a Moth Grand Slam champion, and to contribute to other storytelling groups in New York.

At Panoply, Dingman developed "Family Ghosts," a podcast that uses the tagline "Every House Is Haunted." The podcast's landing page, familyghostspodcast.com, describes it best: "'Family Ghosts' is a documentary-style storytelling podcast. In each episode, we'll investigate the true story behind a mysterious figure whose legend has followed a family for generations. Grandmothers who were secretly jewel smugglers, uncles who led double lives, siblings who vanished without a trace, and other specters who cast shadows over our lives in ways that might not be immediately obvious. We are all formed in part by our familial collections of secrets, intrigues, and myths. By engaging with each others' legends, perhaps we can see each others' realities more clearly."

Season 3 opened with a three-part episode titled "The Clotilda Legacy," which tells the story of two families in the Africatown community in Mobile, Ala., still feeling the pain of slavery in a very real way. Episode 4, "A Boy In A Story" introduces David and the three furry family members who shaped his life forever. Episode 5 is about Kierran, who grew up hearing stories about her grandfather's wild adventures without ever getting to the truth. Family Ghosts helps her figure it out -- mostly.

With new episodes publishing every Tuesday, Dingman is now well into Season 3, which he says will be packed with 16 episodes. To put that in perspective, the first season of "Ghosts" had seven episodes and the second had 10. Sixteen episodes is a ton of work, even with "an incredible team of producers."

"I think in order to get enough sleep and not have a complete psychological break, I'm gonna probably have to rein that in a little bit," Dingman says.

Truth is, though, if a good story comes along, Dingman will probably put another episode together. He can't seem to help himself when it comes to storytelling.

"I have always been the most fascinated by fiction stories that originate from family, and I remember seeing at, you know, formative times in my life when I was like a teenager, maybe a little bit older than that, seeing movies like Magnolia was a big influence. Rachel Getting Married was another one," Dingman says when asked how the storytelling bug had bitten him.

It's not surprising that Dingman studied theater in college. "I was really interested in traditional American realism plays, these kinds of grand examinations of patriarchs and matriarchs and the effect they have on their kids and that sort of thing," Dingman says.

An acting teacher named Lee Devin gave Dingman a line he continues to use when asked about his podcast. "All of the great drama begins in the family."

Jerry McLeod's column about podcasts -- plus some contributions from Features Editor Becca Martin-Brown -- will fill this spot during the coronavirus shutdown.

Print Headline: 'Family Ghosts': Every House Might Be Haunted