OLD NEWS: Deceived in love, she blames the acting life 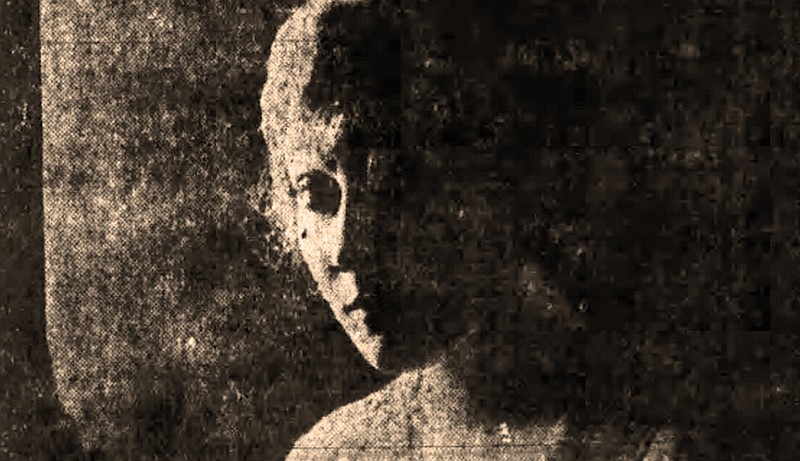 Claire Whitney from a photo in the June 27, 1920, Arkansas Gazette. (Arkansas Democrat-Gazette)

Every once in a while the archives of the Arkansas Gazette cough up a 100-year-old oddity that is such fun to read I want to reprint it as verbatim as will fit into this space. And every other once in a while, it just won't fit. This is one such while.

Fortunately, we have the power to split such things into parts.

So below is Part One of an essay written by a successful actress of 1920 who had the misfortune to marry a fake Belgian diplomat. When this essay appeared in June that year, her ex-husband had been deported, and she had petitioned for annulment.

The essay by Claire Whitney (1890-1969) appeared in the Gazette and in a few other papers around the nation, too. You can find it in The Portsmouth (Virginia) Times, Des Moines (Iowa) Register, Detroit Free Press — but not in the plethora of publications that would have carried it had it been regular wire-service material. This was a featurette from the International Feature Service, purchased specially to delight, confirm, scandalize.

But I am burning up the space. Everything below is from the June 27, 1920, Gazette, beginning with a sort of prologue. I implore you, Dramatic Reader, read it all out loud.

"The fact that actresses are more often deceived in the men they marry than any other class of women is attested by official statistics. Why this should be so has long been a problem for the thinking. It would seem that by her training an actress should at once be able to detect the difference between the real and the unreal — the honest-to-goodness and the make-believe. And yet, year by year and day by day, the records of the courts reveal the saddest stories of their husbands turning out the exact opposite of what they supposed they would turn out. But the actress has an unquestionable optimism. Disillusioned by one husband, she drops him and rushes to another! Oftentimes, alas, with the same results.

This interesting problem is discussed for the first time by Claire Whitney, a very beautiful and talented stage favorite, who has begun suit for annulment against the Marquis van Hoegaerden, who, when he wooed her, not only she, but her whole family, thought would be a model husband.

The stage is supposed to be a miniature replica of the world. Actors and actresses are presumed to know this world, which, in its turn, would seem to mean that they ought also to know the greater world of which it is the mirror.

They know the technique of acting. In a manner of speaking, the technique of acting is the technique of lying. I mean by that it is make-believe. How closely it approaches the reality [known] to the audience outside is, of course, the test of greatness in actor or actress. But every woman on the stage knows that when an actor falls upon his knees and clasps his hands and with languishing eyes, moans, "I am dying for love of you," they read their own responding line with a thrill. However fine the speech, however, however close to nature, however impassionate its delivery or careful the posture, they know that it is — acting.

Certainly the actress, above all other women, ought to be able off the stage to know sincere lovemaking from the insincere kind. They ought to know when a man is lying — but do they? They do not. I didn't. Scores of others didn't. Why? As the latest example of the feminine thespian who has been bunked, let me for a moment reveal the process where I was concerned.

Recently, Justice Finch of the Supreme Court of New York City listened to my plea to be allowed to drop the title of the Marquise van Hoegaerden. It was a "cloudy" title of which I rejoiced to be shorn. For the name bestowed upon me after a brief but most impassioned wooing belonged to another woman.

My romantic lord was a husband and a father. He had left a wife and two children in Belgium!

Last summer, he was deported as an "undesirable alien." His deportation was the end of a brief, inglorious career in this country. But he took me in.

I met him one day in a studio. I do not recall who presented him. The presentations were general. The tall, dark, good looking foreigner was the Marquis Jean van Hoegaerden, a Belgian diplomat. Why did I not know that was a lie, since every lie is a little drama, and I should know the drama? 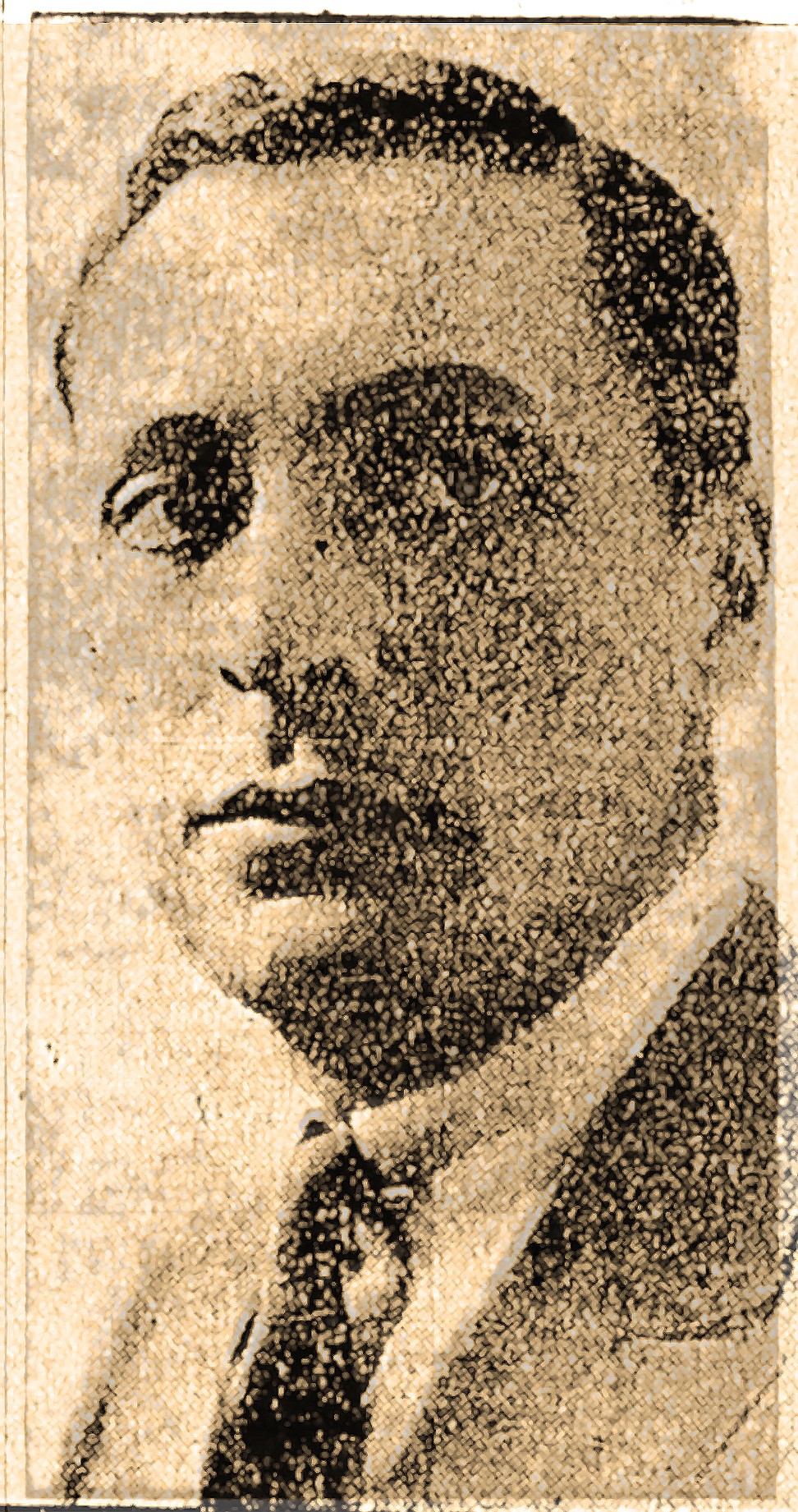 For the reasons that becloud every actress' judgment. Besides, do not forget, it was the summer of 1917. Many Europeans were here on diplomatic errands. We had just entered the war.

It was not "the thing" to ask questions of Europeans here on diplomatic missions. I believed him. Yes, I swallowed the hook, bait, line and sinker. So, may I plead in extenuation, did many others. He had, until unmasked, a fascination that was all conquering.

The moment of our meeting, he burst into the very flower of chivalry. He bloomed on and on until such sordid matters as not paying the rent brushed some of the bloom from the flower. And such incidents as repeated philandering shriveled its flamboyant petals.

He had, to one who knew him not, an irresistible manner. He pursued me with his eyes when it was unfeasible to follow me with his feet. I was flattered. Of course I was. Everyone admired him. It was pleasant to hear, "Who was that stunning chap I saw you dining with?" or "Who was that kingly looking person who brought you to the theater?" or "Who was that divine dancer who wouldn't let another man come near enough to ask for a dance?"

I liked it. So would you who read this if you are a woman.

Such tenderness! Such exquisite consideration! The day after our meeting he telephoned my home to ask [whether I would receive him. I told him I was leaving at once to pay a visit to my grandmother, who was ill] in a hospital. He said, "Since there is such haste that I may not have the pleasure of escorting you there, will you grant me the felicity of calling for you to bring you back?"

I consented. And when I came from my grandmother's sickroom, there he was, standing beside a magnificent car, his hair bared to the sunshine, one of the handsomest creatures I had ever seen. He was like a hero in a play! There were flowers and chocolates and drives, every day. And suppers at the smartest restaurants in the city. But most of all were the glances. His eyes spoke 27 languages.

One week after we met, we were engaged. Five weeks after our meeting we were married. I was not in haste for the wedding, but he was ardor incarnate. And he was dominant in a greatly compelling way that I thought was the very essence of masculinity at its best. I had yet to learn that he left Belgium to avoid serving in the army. 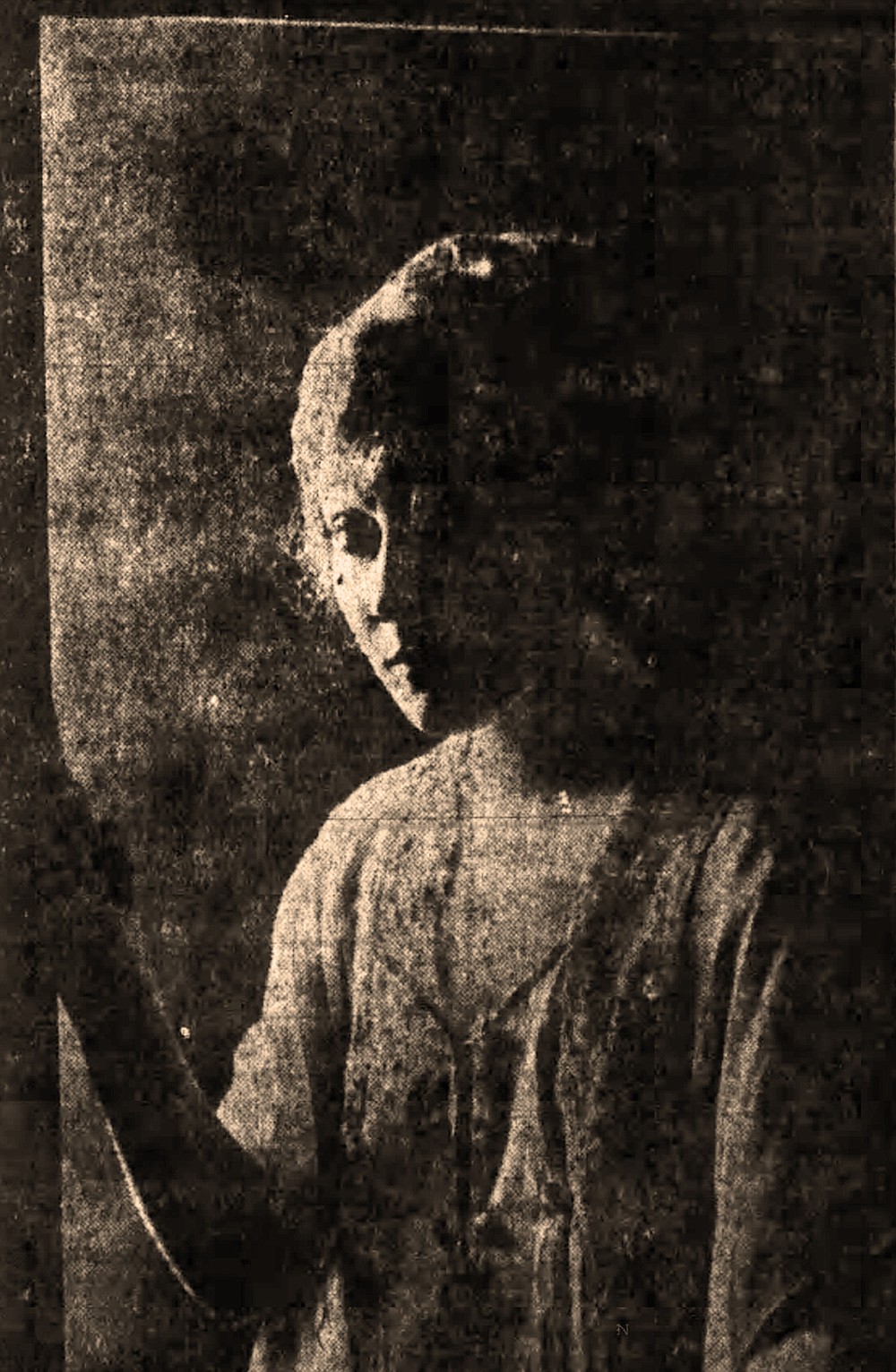 Claire Whitney from a photo in the June 27, 1920, Arkansas Gazette. (Arkansas Democrat-Gazette)

For instance, we went to a municipal building to get our marriage license. We had to stand in a long, variegated line. When slips with blanks for particulars were handed us we filled them out at long tables where would-be bridegrooms who smelled of garlic faced us, and a girl with lemon-colored hair and reeking with cheap perfume giggled behind us.

"Indeed," he said, pressing my hand so gently that it was like a caress. "Then we won't wait to get up courage to come back. We will be married now."

And he went to the little square palm-crowded room they call the chapel and were married. Or I thought I was.

Alas! Look for the conclusion of Claire Whitney's essay July 6 in this space.