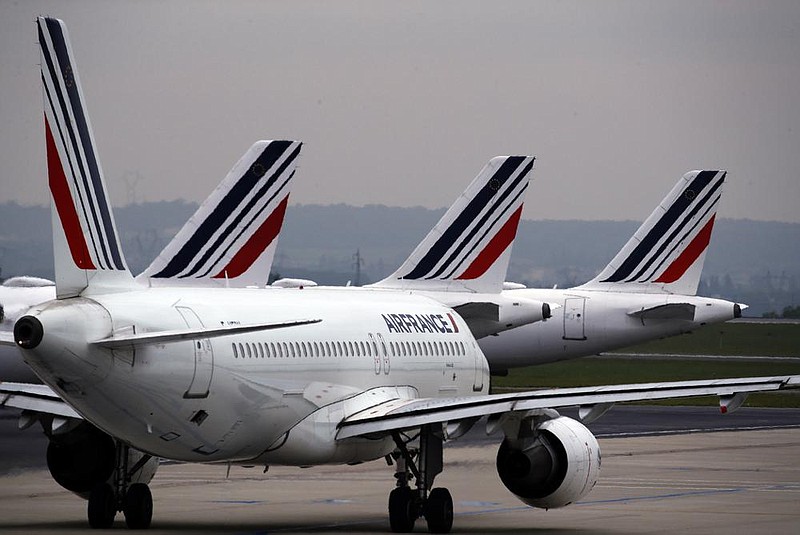 PARIS -- France's government is pumping $16.9 billion in rescue money into the pandemic-battered aerospace industry, in hopes of saving its hundreds of thousands of jobs and keeping plane-maker Airbus and national airline Air France globally competitive.

In exchange for aid, companies will be required to invest more and faster in electric, hydrogen or other lower-emission aircraft, as France aims to make its aviation industry the "cleanest in the world."

The deal was negotiated with unions, who said they would stay vigilant about job guarantees. Some environmental activists expressed skepticism about green ambitions for such a high-emission industry.

"We will do everything to support this French industry that is so critical for our sovereignty, our jobs and our economy," Finance Minister Bruno Le Maire said Tuesday, unveiling the plan alongside the ministers of transport, defense and environment -- a sign of how important the aeronautic sector is in France.

As travel restrictions grounded most flights to keep the virus contained, the fallout cascaded across the industry, from airlines to airports to engine makers, maintenance contracts and spare parts suppliers. Airlines around the world are forecast to lose $84 billion this year, with revenue halved. Some have filed for bankruptcy or sought bailouts to survive the near-shutdown in their activity, and officials predict the industry will take years to recover.

It includes almost $8 billion in loans and loan guarantees the government had already promised to Air France, whose planes were almost entirely grounded by the virus.

[Video not showing up above? Click here to watch » https://www.youtube.com/watch?v=fXnq8DnhaYw]

And like a similar multibillion-euro plan to save the French car industry announced last month, the aviation bailout requires more investment in clean energy -- and puts pressure on manufacturers to avoid layoffs.

It will aim at modernizing the production chain and preserving European aviation know-how, Le Maire said.

"We must save our aeronautical industry. We must avoid any decline in the coming months with regard to the American giant Boeing and the Chinese giant Comac," he said. "We won't let the world aeronautical market be shared between China and the United States. France and Europe will retain their position."

The government will help Air France buy Airbus planes, and pledged to order $680 million worth of refueling tankers, drones and helicopters from Airbus' defense arm. In addition to dominating the global passenger aircraft market alongside Boeing, Airbus is also a major supplier of military aircraft to European governments.

The rescue plan includes investment in developing the successor to Airbus' widely used mid-range A320, a new hybrid or hydrogen regional plane, and a new light helicopter.

The government is also working with unions on a long-term, short-work scheme that would allow the industry to preserve jobs as it slowly ramps production back up.

As a result of the virus lockdown, Airbus said it is cutting production by 35% to 40%, and Boeing announced that it would cut 10% of its 161,000-person work force through attrition, early-out offers and layoffs.

"The recovery will be long," Le Maire warned. The government predicted it will be 2023 before the industry reaches pre-crisis levels.

Among bailouts elsewhere, major U.S. airlines reached agreements with the Treasury Department for billions of dollars in grants and loans, Lufthansa won a $10 billion German government rescue and Cathay Pacific announced Tuesday that it's seeking $5 billion from the Hong Kong government to survive. 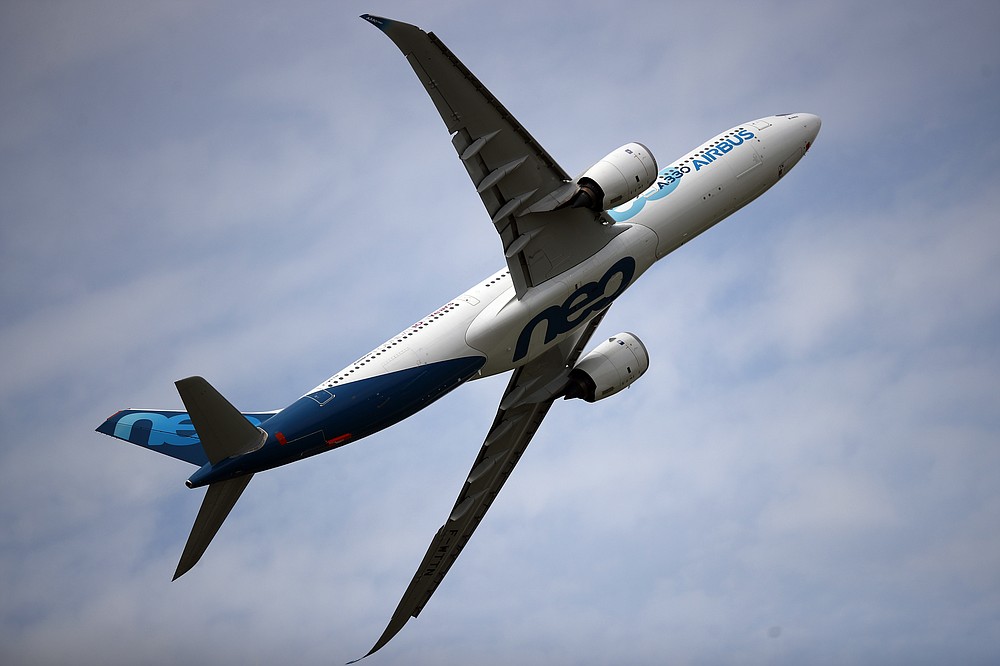 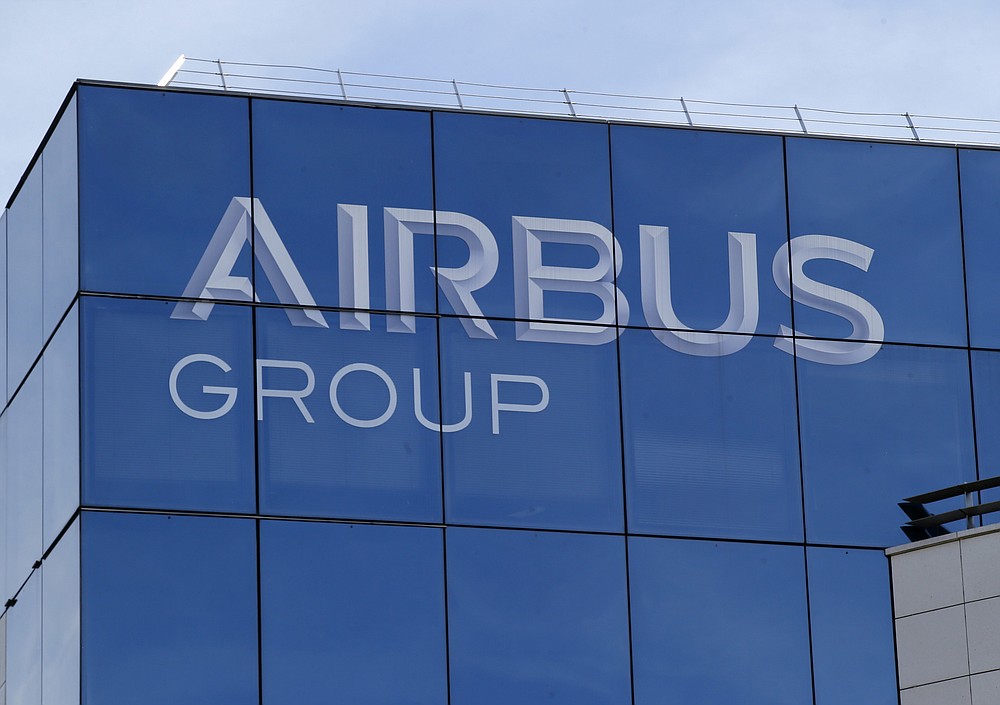 FILE - This May 6, 2016 file photo shows the logo of the Airbus Group in Suresnes, outside Paris. France's government has announced 15 billion euros ($16.9 billion) in aid for the virus-battered aerospace industry, including plane maker Airbus and national airline Air France. (AP Photo/Michel Euler, File) 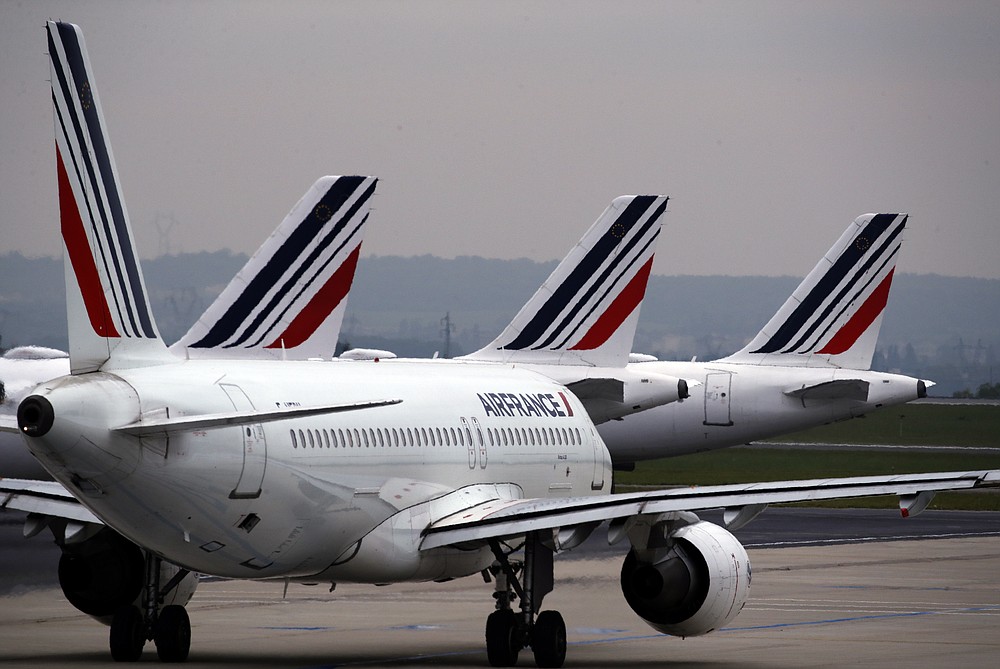