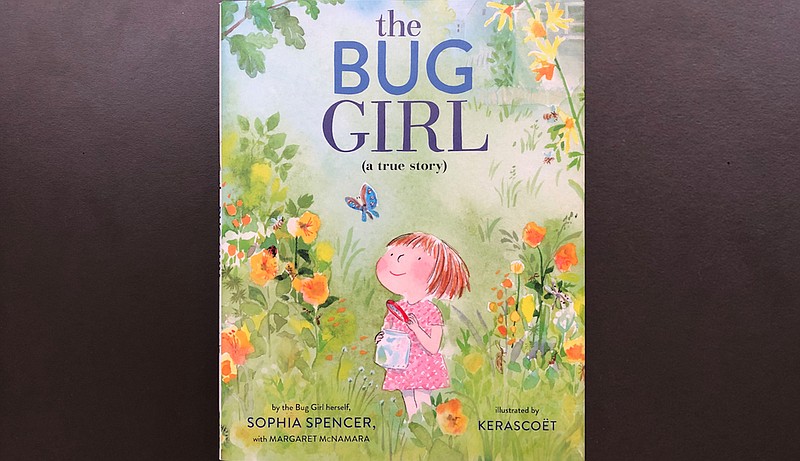 Sophia was a toddler when she fell in love with insects. A butterfly fastened itself to her while her family visited a butterfly zoo — a conservatory. The guard gently explained she couldn’t take that home, but she did take home an enduring interest.

In kindergarten, she felt like the toast of her class because she knew so much about insects. Friends joined her in forming a bug-hunting club.

But then came first grade. Other children mocked her excitement about insects. When she took a grasshopper to school for show-and-tell, bullies knocked it away and stomped it to death. They called her weird and a “bug lover.” Nobody would play with her.

Being ostracized was so depressing that about halfway through first grade, she boxed up her insect paraphernalia.

Nicole Spencer, Sophia’s mother, was appalled. She emailed a group of entomologists to ask whether one of them would reach out to her daughter to let her know it was OK to be interested in bugs.

Morgan D. Jackson, a graduate student in entomology at the University of Guelph in Ontario, Canada, took an interest. He passed along Nicole’s request via Twitter. Suddenly, Sophia had hundreds of grownup scientist friends writing to her and a hashtag: #BugsR4Girls.

Her story was picked up in U.S. media. Jackson wrote a scientific paper arguing that social media can be used effectively to support science. He included Sophia as a junior author. The Annals of the Entomological Society of America published the paper in September 2017.

The best part is “Outcomes and Benefits for Sophia, in Her Own Words.”

So, a true case of childish meanness, countered with effective marketing led to fame for the bullied girl. This nicely illustrated book is a follow-on from that. The fact that children can see and hear Sophia describe her experience on YouTube, where TV news interviews reside, makes the “true” part of the story actually feel true.