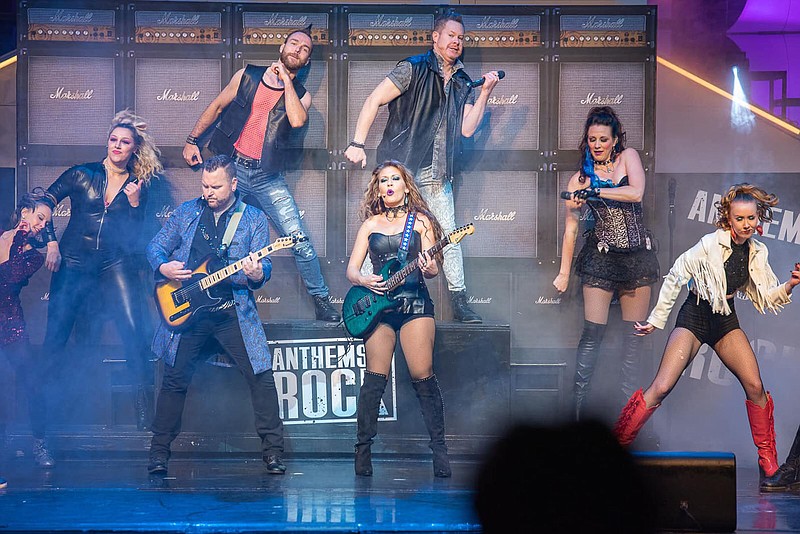 Here's what a local critic has to say about the latest musical offering in Branson, "Anthems of Rock":

• "The team behind Anthems of Rock have brought to Branson a much needed breath of fresh air with loud guitars, skin-tight leather pants, and some of the most legendary rock songs that will get the adrenaline rushing for any rock fan."

• "It's the first show I've ever seen in Branson that as a member of Generation X I felt was aimed at my generation."

• And "I felt like I was hearing a rotating list of the songs on the cassettes that rolled around in my 1976 Chevy Nova's floorboards during my high school years."

Jacqui Bell, director and producer of the show, couldn't be happier with how the brand-new production has been received.

"We were expecting to attract the 'younger' crowds with this show, but let me tell you, there are 8-year-old kids to 80-year-olds fist pumping and dancing in the aisles," she enthuses. "It's quite astounding and exciting."

Bell isn't new to the business and neither is her company, Dublin Worldwide Productions.

"Our shows are usually produced in London and go on world tours before coming to Branson," she explains, "so they have already been tried and tested before hitting our stages. This is completely the opposite. It was produced right here at the King's Castle Theatre. This cast is the original cast."

According to Bell, David King, the owner and executive producer of Dublin Worldwide Productions, already had a show called "Bohemian Rhapsody" that was a hit in Europe.

"I loved that show and the idea but didn't want to limit ourselves with only Queen music," she says. "A rock musical was what I had in mind, and it took a bit of persuading, but [Mr. King] finally and thankfully got on board. And so 'Anthems of Rock' was born."

Bell says the show hits all the "major anthems you would expect to hear": Queen's "Bohemian Rhapsody," Def Leopard's "Pour Some Sugar on Me," Guns N Roses' "Sweet Child of Mine," Led Zeppelin's "Stairway to Heaven" and songs from Bon Jovi, Aerosmith, Elton John, The Eagles, Rod Stewart, Journey and Chicago. That local critic, Jason Wert of the Ozarks Independent, while otherwise delighted, says the only things missing were songs by Rush, U2 and the Rolling Stones.

But, he adds, "please don't think my criticisms are in any way telling you this isn't a show worth seeing; the fact I'm actually thinking about this show long after I've seen it ... means it's a show that resonated so deeply with me that I would love to see a version 2.0."

"It was a risk as this theater is renowned for Broadway style classic shows," says Bell of "Anthems of Rock," "but it has definitely paid off. We keep getting thanked for making this show [by people saying] 'this is what Branson has been waiting for.'" 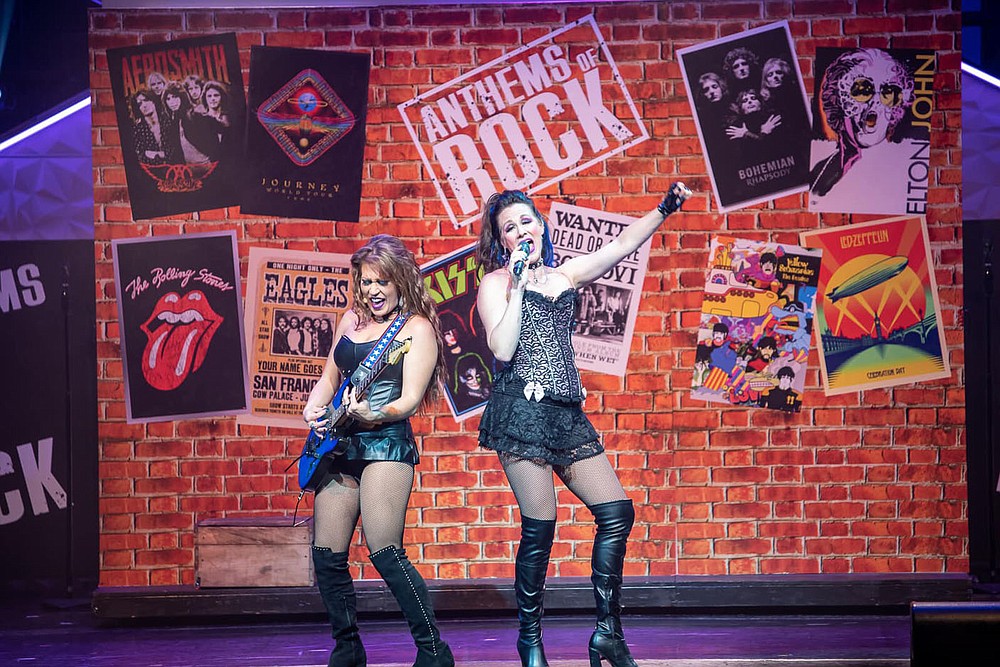 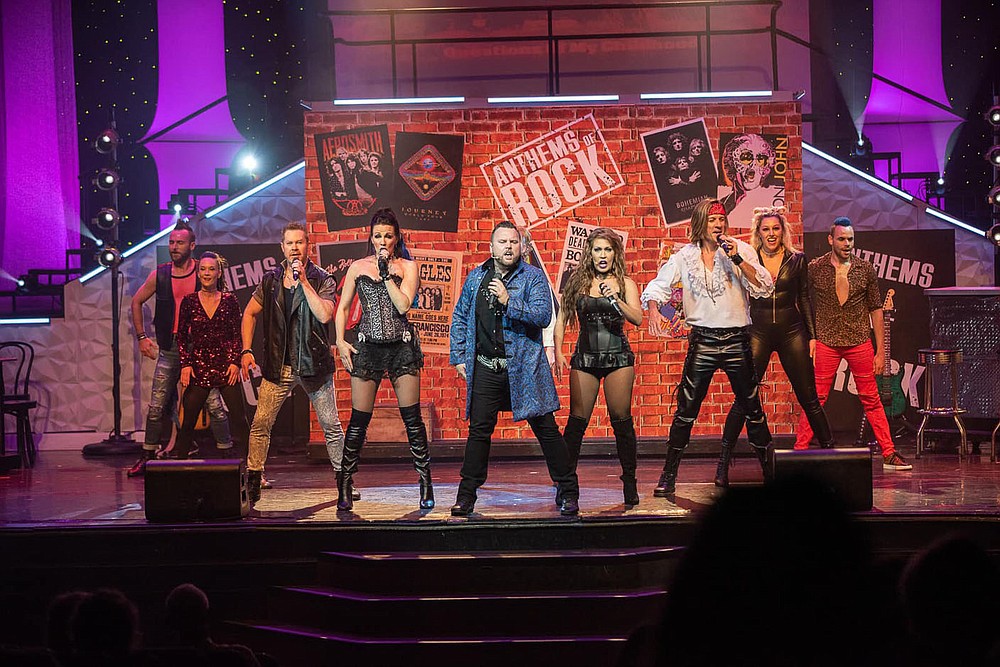 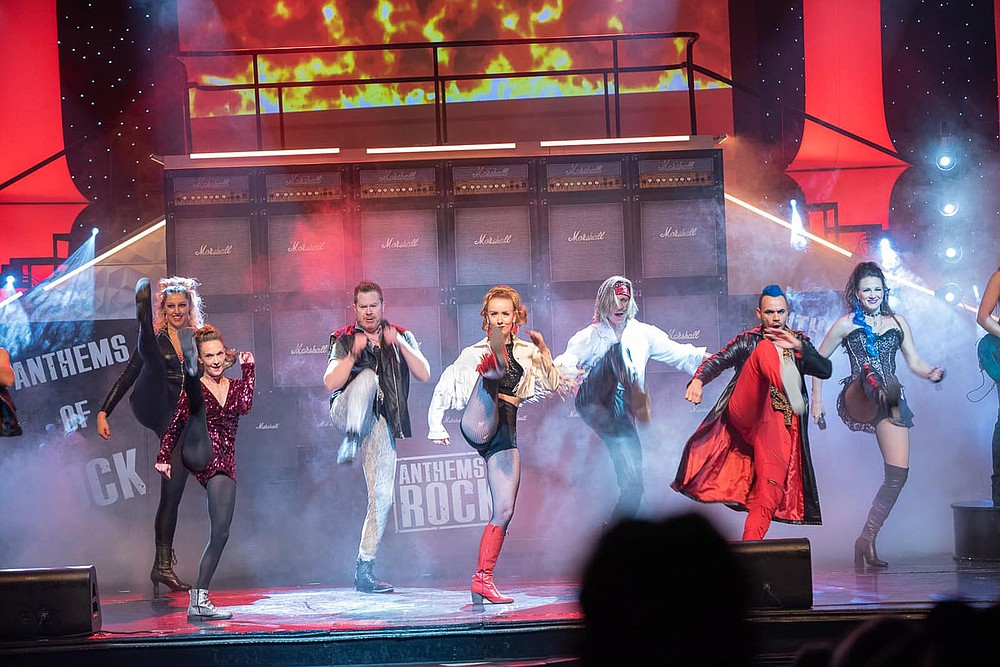 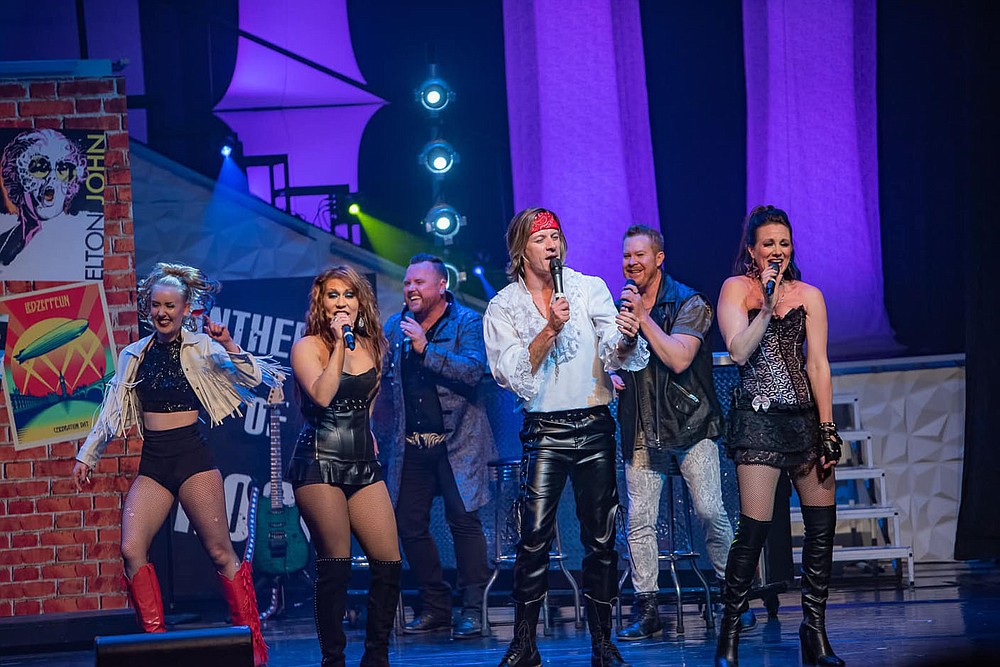