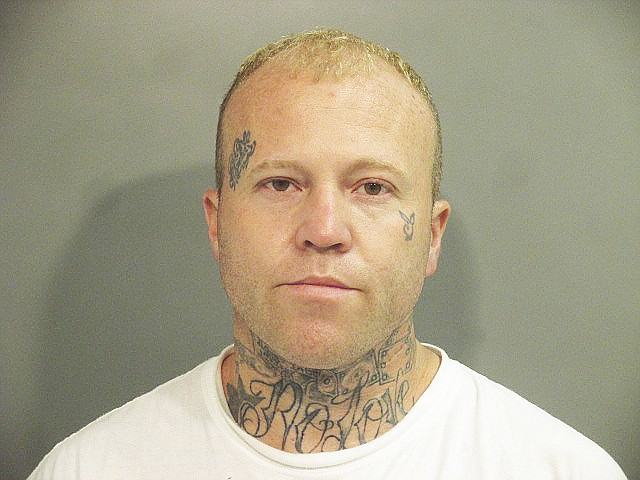 SPRINGDALE -- A Rogers man has been arrested in connection with attempted murder after a July 19 incident in which police say he shot at another motorist.

Troy Franklin, 37, of 1314 W. Margaret Place in Rogers was arrested Thursday in connection with attempted murder and unlawful discharge of a firearm from a vehicle. Franklin was being held Friday in the Washington County Detention Center on $50,000 bond.

Franklin was identified as one of two people involved in shooting at a man in another vehicle, according to reports from the Springdale Police Department. Alexandra Lethiot, 29, of Springdale, was arrested on July 19 as an accomplice to attempted murder. Lethiot was released Tuesday from the Washington County Detention Center on $10,000 bond.

Springdale police received several calls of shots being fired around 8 p.m. July 19 in the area of Henryetta Street and McRay Avenue. Officers on the scene contacted Daniel Davis, who said he had been shot at while driving on Henryetta. Officers found a bullet hole in the right headlight of Davis' Ford Focus. That bullet hit the right front tire of the vehicle. Another mark was found on the Focus that appeared to be a ricochet from another bullet.

Davis told police he was driving south on Henryetta when he saw Lethiot in the passenger side of a northbound Nissan Altima being driven by Franklin. Davis said he turned around to follow the Nissan and saw Lethiot hand something to Franklin. Franklin stopped the Nissan in the middle of the road and began firing at him from inside the car.

Davis said he ducked and his vehicle hit the Nissan, which then left the scene.

Police said in a report they found pieces of a taillight at the scene that matched damage to the Nissan and two .40-caliber shell casings. Tests for gunshot residue in the driver's side area of the Nissan were positive, according to the report.