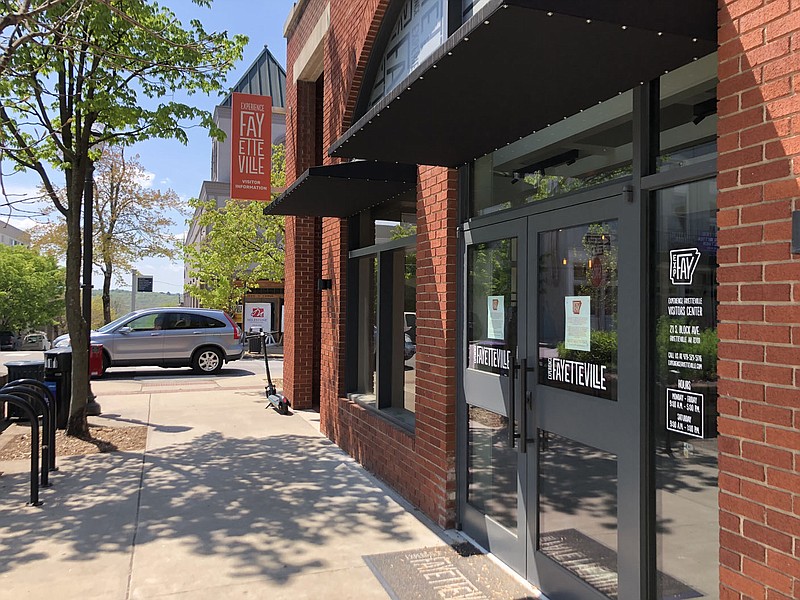 FAYETTEVILLE -- Restaurant and lodging tax revenue in the city was down in May, but not as badly as tourism officials feared.

The Advertising and Promotion Commission on Monday reviewed the latest receipts from the city's 2% hotel, motel and restaurant sales tax. Half of the revenue from the tax goes to tourism efforts, the other half goes to parks.

May lodging and restaurant activity netted $454,846 in overall revenue from the tax, meaning the commission's half was $227,423. That's up significantly from the commission's $171,029 share in revenue it received in April, at the height of closings because of the covid-19 pandemic. Openings began in May. May's amount also was more than what the commission received in March, which was $219,186. Statewide business closures began midway in March.

May's revenue represents about a 30% drop from May a year ago. April's numbers were a nearly 50% drop in revenue from the year before.

"I was still preparing for being 50% down, so the fact that we were only 30% seems like a bit of good news," said Molly Rawn, chief executive officer of Experience Fayetteville, the city's tourism bureau.

City Council Member Matthew Petty, who serves as chairman of the commission, said revenue from the restaurant side seems to have helped the overall numbers. Springdale and Rogers, for instance, only have the additional sales tax on lodging.

"It seems like a lot of other A&P's are in a worse situation than we are," he said.

Experience Fayetteville has a list on its website with information on a number of restaurants in the city, including modified hours, ordering options and whether the businesses offer curbside, delivery or pickup services.

Restaurants this week will begin receiving pamphlets about pandemic-related requirements such as face coverings, rules on outdoor seating and alcohol and the city's ban on single-use expanded polystyrene foam containers, which went into effect this month. Experience Fayetteville partnered with the local Independent Restaurants Alliance to make the information more easily available, Rawn said.

"It's hard enough to be in that business without also having to do the added work of following all the updates at the city and state level," she said.

For more information on how to help local hospitality employees during the pandemic, go to the Fayetteville Independent Restaurant Alliance’s website at: