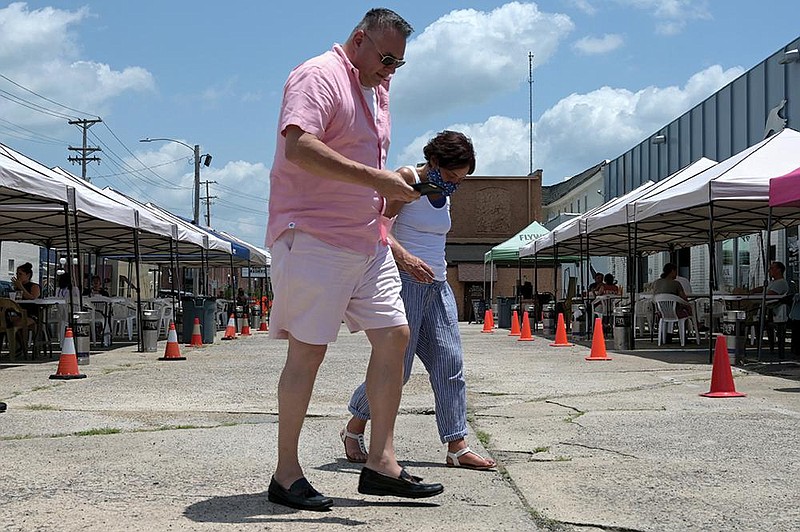 North Little Rock is among a shrinking number of Central Arkansas cities that have not passed an ordinance or resolution supporting the wearing of masks in public places, but its mayor says it's time for the city to get serious when it comes to curbing the spread of the novel coronavirus.

The City Council will vote today on an ordinance that states the city requires the usage of facial covering in accordance with Arkansas Department of Health guidance in an effort to help curb the spread of the coronavirus.

"We are basically losing the battle against covid-19, and one of the reasons we are having such a challenge is we haven't been following proper protocol," Mayor Joe Smith said in his weekly covid-19 briefing. "I have sponsored legislation that basically says that the city of North Little Rock, and the mayor and the City Council, says that you got to wear a mask."

The ordinance also states that local law enforcement and other city officials will act in a support capacity to local businesses that wish to enforce the use of masks on their premises.

"This allows us to be there to help local businesses if they require no admittance without a mask," Smith said Thursday. "Our police department can help escort them from the business. The key is the business has to request it.

"This isn't going to change much, but it will make people more aware that police can get involved."

Smith said the proposed ordinance is based on the model provided by the Arkansas Municipal League.

"I think it's necessary because it's the mayor and the city council saying enough is enough. Let's get serious," he said. "We are losing the fight against covid-19, and we are tired of it." 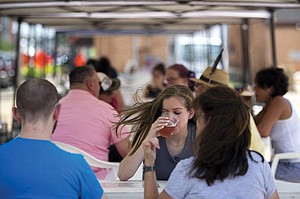 Councilman Maurice Taylor said his interpretation is that the ordinance doesn't mandate that someone must wear a mask.

Previously, Smith called the mask requirements passed in Fayetteville and Little Rock worthless because they didn't have the backing of Gov. Asa Hutchinson.

"We can only do what the governor allows us to do," he said last month. "It wouldn't be worth the paper it was put on."

Hutchinson said the state waited until now to create the model ordinance because he wanted to allow time to fully educate the public on the value of wearing masks and to ensure consistent policies throughout the state.

"I do not want to have 500 cities across Arkansas having 500 different ordinances and all approaching it in different ways," the governor said.

Smith said once Hutchinson gave control to local government, he knew a mask ordinance was the next step.

"I think the governor realized this gives cities the opportunity to make a bold statement," he said. "Doing it locally has more impact."

Multiple council members told the Arkansas Democrat-Gazette on Thursday that the mask ordinance is needed.

"I see a lot of people who don't wear masks," councilwoman Beth White said. "You will see them at the hardware store and the grocery store. I don't know if the ordinance will change their mind though.

"It's a tough question, but I hope it will encourage people to wear masks."

Councilman Charlie Hight said he knows some people will be upset with the ordinance, but he said it's the right thing to do.

"I think overall in the community it's something they will like to see set in place."