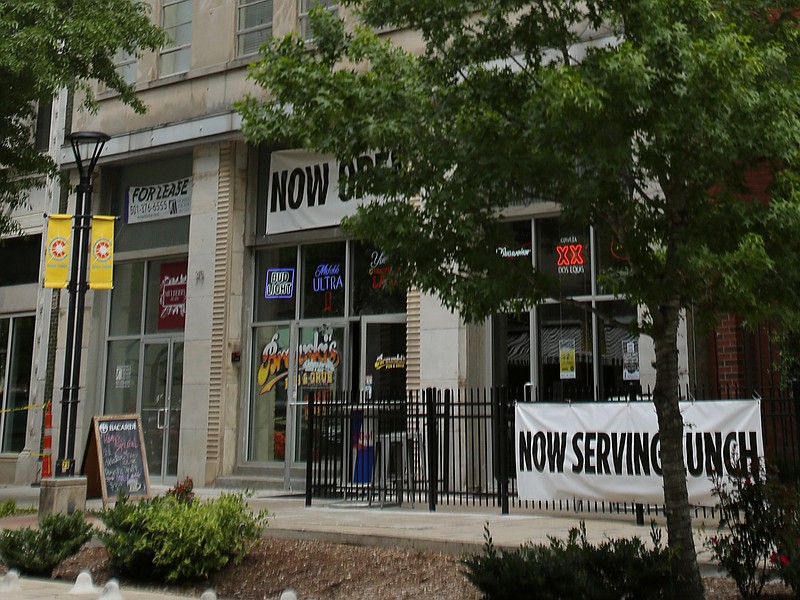 The state Health Department has shut down Brewski's Pub & Grub in Little Rock after three employees tested positive for covid-19, and because the pub was substantially out of compliance with Health Department directives on capacity and mask-wearing.

"Brewski's was served with an order to cease operating until the owner appears at a hearing before the Board of Health for noncompliance with our directives," said Gavin Lesnick, public information director for the Health Department.

"After a cluster of cases was tied to the establishment, Alcoholic Beverage Control officers visited on Friday and found face coverings not being used and overcrowding inside the business. It was determined that it would present an imminent health risk for the business to continue operating."

The "Ex Parte Order to Cease Operation Due to Imminent Public Health Danger," signed Saturday by state Health Secretary Nate Smith, said a "cluster" of covid-19 cases had been traced back to Brewski's, 315 Main Street, and that an inspection by the Alcoholic Beverage Control Division found Brewski's "in violation of the Directive on Resuming Bar or Club Operations." Specifically, it noted that the pub was operating at more than 66% capacity, wasn't ensuring proper social distancing with seating and wasn't ensuring patrons wear face coverings.

An executive order from Gov. Asa Hutchinson announcing a public health emergency empowers the Health Department to impose restrictions and regulations "to prevent the introduction and spread of covid-19."

"This is the first action like this that we have taken against a restaurant/bar," Lesnick said.

A Fort Smith concert venue had its alcohol permit revoked May 14 by the Alcoholic Beverage Control Division after the state issued a cease-and-desist order regarding the venue's plans to hold a concert three days before the state officially reopened large indoor venues. The state closed such venues in mid-March because of the coronavirus pandemic.

The concert venue's alcohol permit was returned May 15, after the venue applied to move the show to May 18.

Asked during his coronavirus briefing Monday about the order issued to the Little Rock pub, Hutchinson said the state expects compliance with its public health guidelines.

"If someone is not complying with those, if they are not willing to enforce it, then they cannot stay in operation," Hutchinson said.

Smith said the Health Department was first tipped off by complaints of the bar being packed with people not wearing face masks, and it determined that three people who tested positive for the virus had been to the bar.

Smith said Alcoholic Beverage Control agents visited the bar Friday night and took photographs supporting some of the complaints, which were shared with the Health Department. Smith said the bar's management appeared cavalier about the allegations, telling officials "there's nothing we can do about this," which he said prompted the Health Department to take action.

"They had advertised for a karaoke night, which seemed a particularly bad idea in a packed venue when there's already potential cases connected to that," Smith said.

Spokeswoman Meg Mirivel said Monday that the Health Department is aware of at least seven people who visited the bar in the two weeks before they tested positive.

Brewski's owner Brad McCray confirmed Monday that one employee reported June 27 that she had tested positive for the virus and was quarantined.

The other two confirmed cases were staff members who had socialized outside of work, he said.

A Sunday post on the restaurant's Facebook page said three employees had tested positive for the virus, adding that "we have and continue to follow CDC [Centers for Disease Control] and ADH guidelines," and that none of the coronavirus-affected employees "came to work after notifying us they had symptoms or after being tested positive."

Another Facebook post Sunday from Brewski's insisted that "the employees were instructed to not come to work after notifying us of their symptoms and to get tested immediately. They have been quarantining and not at work. There is a false story claiming we knowingly had positive-tested employees working and that is just completely false."

McCray said the pub did not close after the employees tested positive.

Several other area restaurants, including Trio's, The Pantry and Petit & Keet in Little Rock and Mike's Place in Conway, announced temporary closures in the past week after employees tested positive or were exposed to people who tested positive for the virus. Trio's remained closed Monday. Petit & Keet is set to reopen Thursday.

McCray said Monday he had spoken with and is cooperating with the Health Department, and is having all his employees tested for the virus. When the pub reopens depends on the results of the testing. 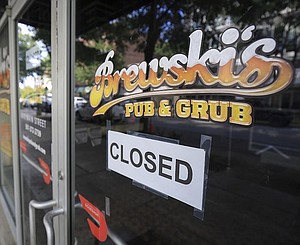