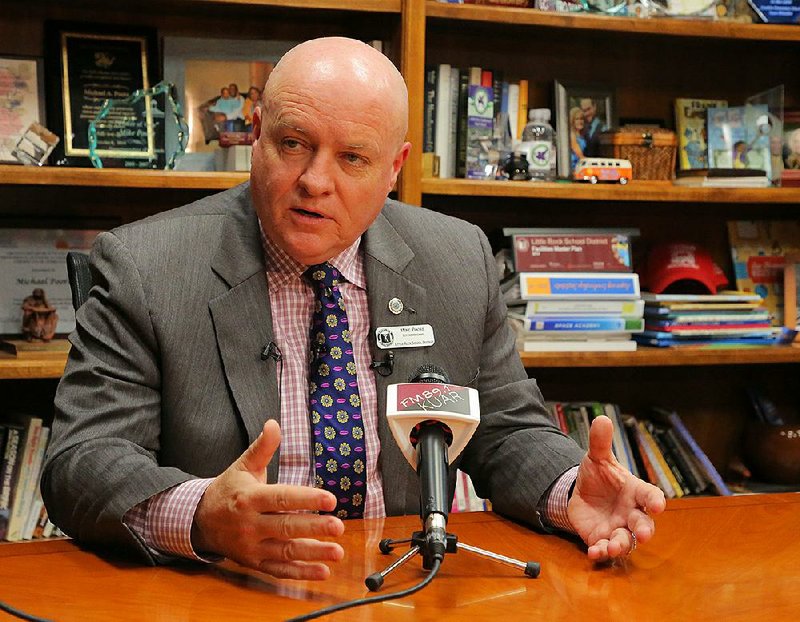 Recently discovered, decades-old errors in boundary lines between the Little Rock and Pulaski County Special school districts raise the possibility of some future transfers of land -- and students -- between the two districts.

But determining the full effect of and timing for any land swaps and student exchanges around the edges of the Little Rock and Pulaski County Special districts is a work in progress, state and school district leaders said this week.

Some of the areas at issue are unpopulated, but other areas have apartments and houses.

Affected areas include an apartment complex on South Bowman Road, for example, and some houses in the Woodcreek neighborhood between Chenal and Kanis Road and some houses near Little Rock's Don Roberts Elementary.

Other affected sections are the Chenal Ridge neighborhood; an area near Stonebridge at the Ranch apartments; the Granite Mountain area of east Little Rock; the Alexander area in southwest Pulaski County; an area southeast of University and Asher avenues; and the Crystal Valley area off Stagecoach Road.

Staff members at the Arkansas Geographic Information Systems Office found the boundary line differences as they worked with maps last fall to prepare for the U.S. Census count and to respond to an Arkansas Department of Education request to develop school board election zone options for the Little Rock district.

The Little Rock district, under state control and without a locally elected school board since January 2015, is to elect a nine-member board in November, one member for each of nine zones. The Geographic Information Systems Office has since developed three options for the nine election zones from which the district and its leaders will pick. The district before 2015 had only seven election zones and seven board members.

The different boundary lines became evident on maps maintained and used for a variety of purposes by the state, the Little Rock and Pulaski County Special school districts, the city, Pulaski County government, the U.S. Census Bureau and other entities.

"When you look at the region as a whole, you can't see the subtle differences," Shelby Johnson, Arkansas' Geographic Information Systems officer, said about the differing Pulaski County maps. "But when you look at it street by street and section by section, you can."

Some of the boundary line differences can be traced back to less precise mapping tools used in the early half of the 20th century, Johnson said.

But other boundary differences date to a 1985 order from the 8th U.S. Circuit Court of Appeals of St. Louis. That order directed that most Little Rock School District boundary lines be extended to the city limits as a remedy to constitutional violations tied to racial segregation.

The effort now is to move current Little Rock School District boundary lines to the city limits as the limits were at the time of the 1985 court order, state officials said this week.

The Georgraphic Information Systems Office has the statutory authority to make and publish corrections to the state map. County offices need to check their map and the school districts would need to correct theirs, said Alex Johnston, a spokeswoman for the state Transformation and Shared Services agency. The transformation agency is the parent agency to the geographic office.

The school district lines diverge from the city limits in more than a half-dozen areas. The number of affected areas of the county is large enough to cause the state geographic office earlier this week to convene a meeting of the various school district, city and county stakeholders to begin assessing the ramifications of the boundary line differences and start the process of addressing them.

Neither Mike Poore, the superintendent of the Little Rock district, nor Janice Warren, the assistant superintendent for equity and student services in the Pulaski County Special district, could say this week how many students or homes are affected.

"It's huge," Warren said about the unusual situation in general. She predicted that the Pulaski County Special district is likely to gain more property than it loses.

But Poore said it is still up in the air about student loss or gains to the Little Rock system, and he doesn't know yet whether alterations to the boundary lines would affect student assignments to districts in the upcoming 2020-21 school year.

Even if territory is moved from one district to another, students likely would be able to use the state's School Choice Act to attend school in a district other than the one in which they reside.

"The challenge is they don't know when is the appropriate time to make the adjustments," Poore said about state and county officials, adding that creating school board election zones in the Little Rock district has to take priority.

Johnson and his staff are to present three options for school board election zones to the Little Rock district's Community Advisory Board at 5:30 p.m. Thursday. Ultimately, the selection of election zones will be made by Arkansas Education Secretary Johnny Key, who acts in place of a school board in the state-controlled system.

Johnson said there are many components to addressing the different lines found in the school district, state, county and U.S. Census Bureau maps.

"It's like a Rubik's cube," he said. "You solve one side and then you work the other side. It's got a lot of moving parts."

He also said that the Pulaski County case is not unprecedented in the state. Similar discrepancies had to be addressed in recent years among school districts in Sebastian County.

The Pulaski County case is helped by Little Rock's annexation archives, including information on the city limits in 1985 -- which is when the 8th Circuit ordered that Little Rock School District boundaries be expanded to what was then the city limits -- with the exception of the Granite Mountain area that was assigned to the county district.

The 8th Circuit ordered the expansion in lieu of creating a single consolidated school district in Pulaski County.

The 8th Circuit concluded that a court-ordered countywide district was too extreme a remedy and ordered the expanded Little Rock boundaries instead. That resulted in the Little Rock district acquiring 14 schools and almost 7,500 students from the Pulaski County Special system.

Going forward nearly 35 years, the state Geographic Information Systems Office -- while developing the new Little Rock School Board election zone options -- did so by using 2010 census information broken down by population blocks. Each little population block is assigned a school district code. That in turn allows the Census Bureau to report population by school district, Johnston of the Transformation and Shared Services department, said.

The Census Bureau blocks for the Little Rock district, however, did not always match the school district boundary line map maintained by the Geographic Information Systems Office, prompting the state agency to search out other sources for maps.

"Given the controversial nature of the state's efforts to return to local control to the LRSD," Johnston said in an email response to questions, "the GIS office took steps starting last October to notify the Arkansas Department of Education, and leaders in the Little Rock and Pulaski County Special school districts of the issue and attempted to reach an agreements or "concurrence" with the districts.

"The state map lines will be aligned to coincide with the city limits from 1985," Johnston said about the boundary adjustments to be made between the two school districts.

She said that the state agency is confident of the precision and accuracy of Little Rock's mapping going back to the 1940s.

The state sent map corrections to the U.S. Census Bureau in mid-December, Johnston also said. That leaves state and local agencies to set a schedule for implementing a corrected map in the affected districts and other agencies. That means correcting their own maps, printed materials, online information, and business practices, she said.

• Brodie Pointe Apartments -- While the complex on South Bowman Road is now in the Little Rock district, the back half of the complex would become part of the Pulaski County Special district.

• Chenal Ridge: A portion of the neighborhood that includes Ledgelawn Court and Lorian Circle, along with the northern tips of Lorian and Ledgelawn drives that are now in the Little Rock district, would be subject to transfer to the Pulaski County district to conform to the 1985 city limits. 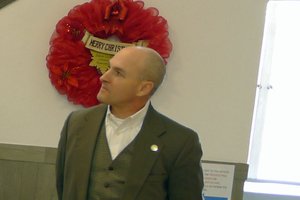