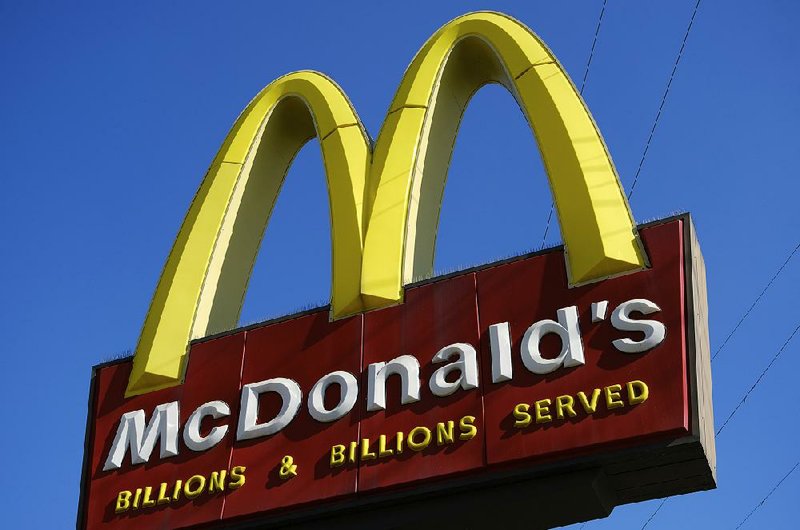 The new rule addresses an issue that has gained importance as more Americans are employed by temp firms, contractors or franchise businesses such as McDonald’s.

WASHINGTON -- The Labor Department issued a final rule Sunday that clarifies when a worker is employed by more than one company, an issue that affects franchise businesses such as McDonald's and firms that have outsourced services such as cleaning and maintenance.

The rule, first proposed last spring, replaces an Obama administration policy that potentially made more businesses liable for failures by franchisees or contractors to pay overtime or minimum wages.

The issue has taken on greater importance in recent years as more Americans work for temp firms, contractors and franchises. By some estimates, roughly 14 million Americans are in such "alternative work arrangements."

The new rule, which will take effect March 16, provides a four-part test to determine whether a company is a "joint employer." The tests are: whether or not it can hire or fire the employee; whether it supervises the employee's work schedule; whether it sets their pay; and if it maintains their employment records.

Not all tests need to be met to establish that a business is an employer, nor does the business model followed by a company determine whether it is an employer, a senior official from the Labor Department said.

After the rule takes effect, it could limit the ability of millions of workers to recover wages they are owed.

The contractors and franchisees that directly employ workers often have limited resources to pay legal penalties and settlements, making the large upstream companies with whom these employers have a relationship a more practical target.

The International Franchise Association, whose members include the Subway sandwich chain and Jani-King, a cleaning franchiser, welcomed the new rule for clarifying the question of joint employment. The group argues that the Obama administration's policy, implemented in 2015, resulted in a large increase in lawsuits against franchise chains.

Advocates for workers have criticized the rule, arguing that it provides a road map of sorts for employers seeking to avoid liability for harmful practices.

The Economic Policy Institute, a pro-labor group, has argued that the new rule "dramatically narrows" the likelihood that a company can be considered liable for overtime or minimum wage violations. It provides an incentive for companies to outsource more jobs and avoid that responsibility, the institute said.

Catherine Ruckelshaus, general counsel of the National Employment Law Project, a worker advocacy group, said the department's new rule essentially offers guidance to the courts, which they aren't bound to follow. But, she added, the rule could still have significant practical impact because "many workers and employers and courts follow DOL guidance."

The department's new rule is in line with a similar proposal by the National Labor Relations Board from 2018 that seeks to make it more difficult for employees of franchisees and contractors to hold parent companies liable for labor law violations, like firing workers because they are trying to unionize.

Under a ruling the labor board handed down during the Obama administration, a company could be considered a joint employer of workers at a contractor or franchisee if it exercised indirect control over them, not just direct control. But under the rule the board proposed in 2018, the form of control would have to be "substantial, direct and immediate" for the company to be considered a joint employer. That would make it significantly less likely that large companies would be found liable.

The labor board is expected to finalize its own rule in the coming weeks.

Information for this article was contributed by Christopher Rugaber of The Associated Press and by Noam Scheiber of The New York Times.