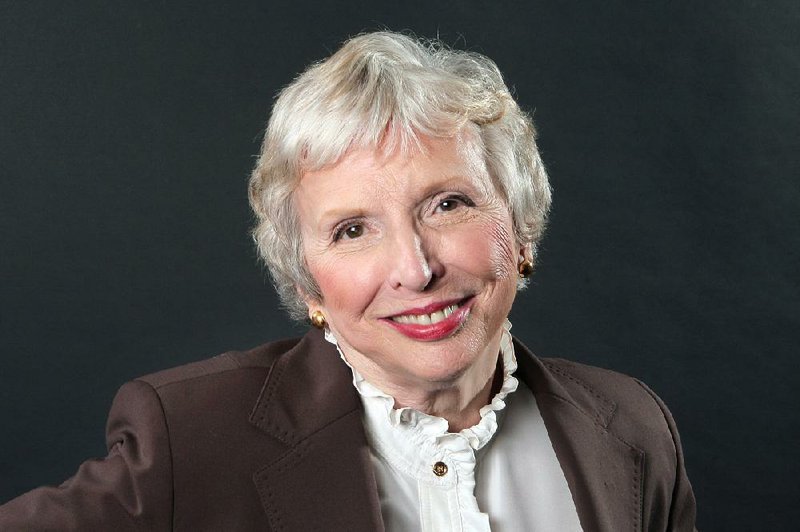 Phyllis Louise Dillaha Brandon, a veteran journalist who 34 years ago became the founding editor of what is now the Arkansas Democrat-Gazette's Sunday High Profile section, died Saturday at her home in Little Rock.

Her son, Phil Brandon, said Sunday his mother had been ill for some time and passed away from complications of dementia.

"I was always extremely proud of her and proud to be her son," Phil Brandon said.

Brandon spent 23 years as High Profile editor. She stepped down from that position in 2009. She became editor-in-chief of Arkansas Life magazine, then retired two years later.

"Her passion was journalism. I remember the first time we set out to talk about creating the High Profile section. She loved the idea, and she was the perfect person to be its first editor," Hussman said. "She not only created a section highly popular with readers, but she was an outstanding goodwill ambassador for the newspaper. She also did a great deal to promote philanthropy in Little Rock and Arkansas through the recognition she gave many well-deserving Arkansans."

Brandon earned a journalism degree from the University of Arkansas, where she was associate editor of the student newspaper, The Arkansas Traveler. She began her career with the Arkansas Democrat in 1957 and cut her teeth covering the Central High School integration crisis that year.

Federal troops, on the order of President Dwight Eisenhower, escorted the students into Central High for their first full school day on Sept. 25, 1957.

Brandon was right in the middle of it, filing stories from the midst of the volatile conflict.

"Phyllis was a role model for many young female reporters," said Rachel O'Neal, current High Profile editor. "Her reporting during the Central High School crisis inspires me to this day."

In a video interview with the University of Arkansas at Little Rock's Center for Arkansas History and Culture, Brandon recalled her Central High experience as a new reporter.

"This particular day I was asked to dress like a student. I wore my bobby socks and my National Honor Society pin and carried my books," Brandon said. "The idea was that since they weren't allowing any reporters in the school, that I can get in as a student. But the editors did not think that the blacks were going to show up the day that they did. So they didn't get me out there in time. So by the time that I got there, I went up to the door. I mean, we're talking 9 o'clock, something like that. The guards at the door would not even let students back in the school."

Brandon talked about using the pay phone at the Magnolia/Mobil service station across from Central High School.

"I just stayed and observed the crowd, then called in my story from the little Mobil station across from the school," she said. "I was in line with a lot of the parents who were calling into the school to ask that their students, their children, be released from school, that they come out. So they asked me what I was doing and I told them that I was a reporter with the Arkansas Democrat. And they explained to me that they would let me use the phone, but if I had been working for the Arkansas Gazette, they would not have let me use the phone."

Brandon left the Democrat when she got married to Jim Brandon on Nov. 30, 1957, because at that time, "you worked six days a week, from 7:30 to 3:30," Brandon said in a 2009 interview with the University of Arkansas Pryor Center for Arkansas Oral and Visual History.

"I didn't think working Saturdays and all of that was conducive to being married," she said.

Brandon next worked for the Arkansas Industrial Development Commission, during the administrations of Faubus and then Gov. Winthrop Rockefeller. Brandon then took a job reporting for the women's department of the Gazette. She quit after her children were born, staying home for 16 years before divorcing in 1982.

The single mother was a technical writer at what was then Systematics Inc., a Little Rock data-processing company.

Her son, Alex Brandon, then a Democrat photographer, told her the paper was looking for someone to cover parties part time.

"So sure enough, I went down and started covering parties as a second job," Brandon said in the Pryor interview. "You know, we were poor as church mice. And so then I started that, and then in a little bit, I got word that John Robert Starr wanted to see me."

Starr, then the Democrat's managing editor, offered Brandon a full-time job as the editor of the new High Profile section. The first issue was Jan. 5, 1986.

"Phyllis was a legend in the Little Rock social scene. She knew everyone and everyone knew her," O'Neal said. "When she left High Profile in 2009, it was hard to follow in her footsteps. I remember many people telling me, 'That's not the way Phyllis would have done it,' and they were right. She was one of a kind."

Alex Brandon -- now an Associated Press photographer based in Washington, D.C. -- said it was his mother who got him started in photography because she thought it might be something he would enjoy.

"She had a friend, Gwynn Prideaux, who had a darkroom and did their own black and white developing. So, Mom steered me towards the career that I still have today," Alex Brandon said. "She made about a million corrections to my resumes and cover letters. Always the editor. I still can't spell, or so my editors tell me. Without her, I don't really know what would have happened to me. She was the best mom a son could have ever asked for, even if she says I was a bit of a challenge."

Alex Brandon said he inherited his mother's "nose for news" and the ability to stay on something and work a problem until it was solved.

"My brother and I both got that," he said. "We both have an incredible work ethic and that came from our mom."

Phil Brandon -- founder of Rock Town Distillery, a maker of whiskey, gin, vodka and other spirits in Little Rock -- said his mom "did everything she could for her boys."

"My parents got divorced when I was in high school," Phil Brandon said. "She basically had to support us and get both of her boys through college -- all as a single woman. She worked her butt off."

Phyllis Brandon spent decades rubbing elbows with the state and national elite; she even traversed the globe to track down High Profile interviewees.

She has said in past interviews that her favorite experiences have included interviewing retired Gen. Wesley Clark in Mons, Belgium, in 1997, when he was NATO Supreme Allied Commander Europe, and Cosmopolitan magazine's then-editor-in-chief, Helen Gurley Brown in New York in 1993, she said, as well as social events at Razorback sporting events and the Clinton White House.

"Phyllis had an incredible instinct for people and the passion for drawing out the stories of their lives," Clark said. "In her approach to journalism, she represented all that is great and good about our state."

Brandon was there Oct. 3, 1991, when then-Gov. Bill Clinton declared his presidential candidacy at the Old State House. She saw him through two presidential inaugurations in 1993 and 1997 and attended similar festivities for then-Presidents George H.W. Bush in 1989 and George W. Bush in 2001.

"Phyllis had a gift for telling stories and celebrating Arkansans. Her profiles gave us honest portraits and offered rare insights to the people who were making a difference. She was a trailblazer in the newsroom, who served as a mentor to dozens of reporters who came along after her. Hillary and I send our heartfelt condolences to Phil and Diana," Clinton said Sunday about Brandon.

"She was so involved in political life and knew everybody," Phil Brandon said. "I once had a principal at Forest Heights [Junior High School] who came up to me during orientation and said, 'I won't tell your mom anything about you if you don't tell her anything about me.' Nobody messed with her."

Likewise, Alex said he was petrified of doing anything wrong because "everybody knew my mom."

"While Phyllis is deservingly recognized for the Democrat-Gazette's popular High Profile Section, she should also be remembered as one of those courageous -- and one of the youngest -- members of the Women's Emergency Committee to Open Our Schools, which was formed in the aftermath of the 1957 Little Rock Central High crisis," Rutherford said. "Her name is among those inscribed on the conservatory wall in the Terry Mansion where the group met."

Democrat-Gazette columnist Rex Nelson said he remembers that Brandon was the only member of the media allowed into Clinton's closed celebratory reception that night in 1991 when Clinton announced his first presidential run.

"I always thought of Phyllis as the person who literally knew everybody. She would have also made a great news reporter because of her extensive contacts. From the president of the United States to the guy who guarded the back door at the Robinson Center, Phyllis knew them all," Nelson said. "I'm glad I had the chance to work in the same newsroom. From Phyllis, I learned how to build relationships built on trust.